Obesity: It’s Not Just for Westerners Posted by Jenya on Aug 20, 2014 in Culture, History 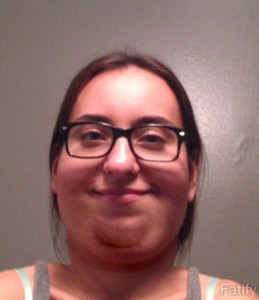 Recently I read an article in U.S. News about the most obese countries in the world. To my surprise, Russia ranked fourth. In fact, it was not a shock that the U.S. was number one, followed by China and then India; however, Russia was a shock. I remember when I was growing up there were times when we considered it a privilege to eat meat. My parents and grandparents can remember waiting in long lines for hours just to get a loaf of bread. The more I discovered about this topic, the more it made sense.

A study conducted in 2012 by the Nutrition Institute at the Russian Academy of Sciences stated that over 25 percent of Russians were overweight and that 55 percent of Russians carried excessive weight. The study also found that more women were overweight than men. This could make sense since the women bare the children. According to the State Statistical Office in Moscow, from 1950-1989 there was a strong shift in the dietary preferences of Russians. They changed from a diet higher in starchy foods like bread and potatoes to one that includes much more meat, dairy, and sugar. Economics is part of the reason for this, as is the collapse of the Soviet Union.

Anybody that has been to Russia during the last decade could not help but notice that more and more “western” fast-food chains are popping up. The first McDonald’s franchise was opened in Moscow in 1990 and in 2011 Subway surpassed them as Russia’s largest chain. While I would agree that there is both good and bad news associated with this influx of these new eating establishments, I would argue that the bad outweighs the good. The good aspect would be that Russians must have more disposable income some of which they spend on fast food. They wouldn’t build those restaurants if they were not profitable. Amazingly enough, these franchises are popping up in many cities, not just Moscow and St. Petersburg. Unfortunately, the heath issues that accompany these food choices are already being felt. According to the World Health Organization, in Russia, 80 percent of deaths are caused by chronic noncommunicable disease; these are diseases that are non-infectious and non-transmissible among other people. These usually develop as a result carrying excessive weight and being obese. They will greatly increase the chances of diabetes, stroke, cancer, and heart disease. Not only this, but as more Russians gain excessive weight, they will visit the doctor more often. Healthcare is another issue and I don’t have time to get into it now; however, as more and more people visit doctors and stay in hospitals, the more taxed the healthcare system will be. This could cause problems in the quality of care available and the costs could rise.

As I have stated in other posts, many Russians also like to smoke heavily – again they are ranked fourth in the world, and they like to drink. By combining all of the knowledge I have recently learned, it is not too surprising that Russians rank fourth now. Remembering a trip to Russia in 2006, you could buy so much American junk food – potato chips, candy bars, soda, etc… – even in small, remote villages like the one in which my grandmother lives. In looking at photos of the people and places I had visited, you can easily spot the excess weight many are carrying around. I remember when I first got to America over 11 years ago, I was astonished at how heavy people looked, now it looks like Russia is following suit.