This title is just one of the combinations I used trying to search for the name of the super-duper fascinating language thing we are about to discuss. Would you like to guess what it is? An itsy-bitsy guess? I cannot give you another clue, but I will say this: googling ‘Russian hanky-panky’ will NOT take you to any helpful linguistic articles. Поверьте мне (trust me).

The answer is Rhyming Reduplications. I know, real hoity-toity sounding for what it is in practice.

And if you haven’t already realized, all the rhyming paired words I just used like “super-duper”, “itsy-bitsy” and even “hanky-panky” are all considered “rhyming reduplications” in English.

You have probably seen some sprinkled in colloquial Russian speech before. And if not, you will likely notice something interesting about these examples.

The added rhyming word gives the pair a meaning of “this thing and the like” or lets the speaker indicate either indifference and dismissal towards the word.

If you thought that these are not much different from the English paired words where you just repeat the word with the first letter switched for ‘sh’ or ‘m’ sound (think ‘fancy-schmancy’), you are correct. But there is a catch. As it turns out, the world of Russian rhyming reduplications is more extensive than English. Let’s see some examples. 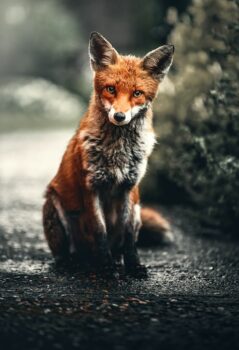 Photo by Alex Andrews from Pexels

Where it all starts

Rhyming reduplications enter the vocabulary of Russian children early in their childhood. It is commonly used to describe animal characters in folk tales and children’s stories. The unique part is that the paired word is not a nonsense rhyming word but most always a descriptive adjective or a modified word that adds meaning to the character.

Лисичка-сестричка = a “sisterly” fox (not actually a sister)

Кабан-клыкан = a boar with tusks

Мальчик-с-пальчик = a boy the size of a finger

Мышка-норушка = a mouse that lives in a hole

Конек-горбунок = a horse with a hump 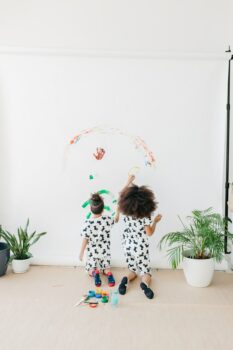 Photo by Anastasia Shuraeva from Pexels

All of the above characters come from Russian children’s poems, fairy tales, and stories. But rhyming doesn’t stop there. Plenty of adults use rhyming reduplications in their day-to-day life even if the rhymes originally came from things in their childhood.

Жадина-говядина = a greedy person, although “говядина” (beef) here is purely for rhyming reasons

Крестики-нолики = the game of tic-tac-toe. By the way, the Russian game’s name makes so much more sense because it is just “crosses and zeros”.

And there is even a children’s toy Неваляшка that is a tumbler toy for toddlers. It also goes by the name of Ванька-Встанька. The most common design is of a Russian doll-like character dressed in all red with dark hair in a white scarf. Technically, the toy’s name is just Неваляшка (the one who doesn’t lay down), but because of Samuil Marshak’s famous children’s poem, the name Ванька-Встанька (Van’ka who gets up or Get up, Van’ka) has become a second name for this classic toy. Nowadays, however, there is a different adult product on the market by the name of Ванька-Встанька that is all about not having kids. С чувством юмора у маркетингового отдела этой фирмы всё супер-пупер. (That company’s marketing department has a super-duper great sense of humor). 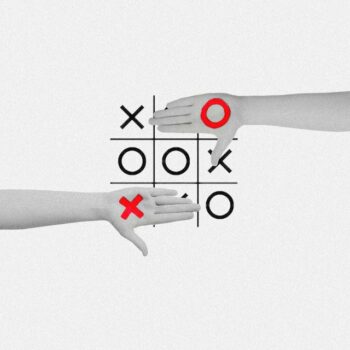 Photo by Elīna Arāja from Pexels

While you can certainly find a way to jokingly (or not) call one of your friends жадина-говядина (greedy) or  плакса-вакса (cry baby), there are plenty of rhyming reduplications left for adults to use. Let’s see how many of these you know:

Leave your answers with definitions and/or examples of sentences with these pairs in the comments below.