Russian idioms with ‘как’ Posted by bota on Jul 7, 2021 in Culture, Idioms, language

What Russian word connects geese, archaic measuring units, and a 14th century military commander of the Golden Horde? The answer is “как” and today we will cover just a few commonly used Russian idioms with this word. And while ‘как’ can mean a number of different things in Russian (and is one of the 100 must-know Russian words), here it’s mostly synonymous with the English comparative word “like”. 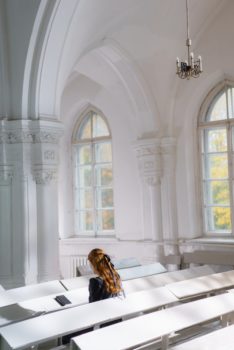 [Kak na dukhu] —to say everything as it is (literally: like at the confessional)

In old Russian, “на духу́” meant ‘at the confessional’. When a person went to a confession, they “были на духу́”. Even though today the word “дух” means ‘a spirit’, the phrase “говори́ как на духу́” still means “say it like it is”, almost as if you were confessing in a church. Also, the stress falls on the second syllable of the word (‘духу́’).

Арши́н [arshin] is originally a Turkish word but has made its way into Russian language. It’s a unit of length that equals almost 28 inches or 71 cm. Hypothetically, if one were to swallow a ruler of that length they would indeed be standing very straight. When used to describe someone, it means that the person’s body language is very tense, and they are standing unnervingly upright. There are a few other archaic measuring units like ‘arshin’ that are only used in idioms and sayings. For example: “се́мь пяде́й во лбу” (describing someone who is very smart), “коса́я са́жень в плеча́х” (describing someone as broad-shouldered), and “от вершка́ два горшка́” (calling out someone, usually a kid, for being so young and yet trying to act like an adult).

[Kak v vodu glyadet’] —to foresee something correctly (literally: like looking into water)

Water is believed to be a powerful transmitter of energy for fortune telling and anything witchcraft related across cultures. So, it makes sense that a saying surrounding water divinations will seep into Russian. Next time something you predicted comes true you can simple say “Как в во́ду гляде́л/ гляде́ла” (гляде́л for masculine and гляде́ла for feminine verb ending). 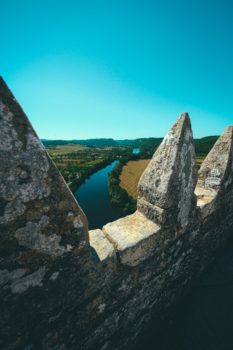 Photo by Francesco Ungaro from Pexels

[Kak za kamennoy stenoy] —to be or feel protected (literally: like behind a stone wall)

This one is rather self-explanatory: you would say “Я с тобо́й как за ка́менной стено́й” if you want to express that you feel protected around that person.

[Kak mamai proshol] —something is in a state of total mess and/or emptied (literally: like mamai walked through)

Unlike the rest of the idioms in this blog, this one has a specific historical setting. Мама́й (Mamai) was a military commander of the Golden Horde who led multiple attacks on the Russian settlements in the 14th century. And even though the Battle of Kulikovo on September 8 of 1380 was pivotal for the formation of the Russian state, the phrase “как мама́й прошёл” is still used to describe things in a state of destruction and complete mess. 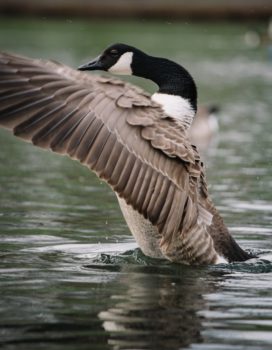 Photo by Ellie Burgin from Pexels

[Kak s gusya voda] — somebody who is unbothered by whatever life is throwing at them or whatever mean thing is said about them (literally: like water off a goose)

There is a synonymous English saying, “like water off a duck’s back”. I was curious about the origins of the two sayings but couldn’t find anything that showed traceable etymological connection. For now, it remains one of those “the chicken or the egg” questions.

Which one of these have you used before?