*All images from Google Translate are by author

This blog is simple. I have two Russian words that I find very neat and a little underappreciated. We will talk about what they mean, how they are used, and attempt to make sense of their English translations. And if you are a native Russian speaker or (after reading this blog) somebody who will share my appreciation for these two words, I’m asking you to comment below on how you would translate them into English  (or if there are other language alternatives). 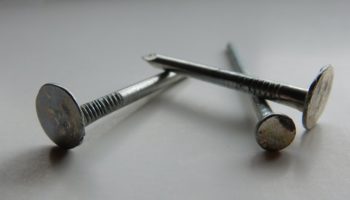 Photo by Anne Kruse from Pexels

The two words are:

If you already know what they mean — great. But I’m going to hold off on simply putting the English translation above because I want us to go on a little language walk to uncover their meaning together (and also because I don’t know how to translate them in less than a paragraph). And before you ask — no, they are not entirely “untranslatable” even though the click-bait tendencies across language-learning platforms make it oh so tempting to title this blog exactly that. As a concept, labeling words in other languages as “untranslatable” stirs very conflicting emotions in me. One part wants to know everything about that word while the other is thinking about this really cool excerpt from David Shariatmadari’s book* where he says: “The cult of untranslatables goes beyond orientalism. They spread meme-like, with the same misleading explanations repeated. Often, they hew suspiciously closely to stereotypes about the culture in question”. (Also, please see this great blog by Maria where she discusses six quintessentially Russian concepts without calling them untranslatable).

But I digress. If you were to type “загво́здка” and “изю́минка” in google translate right this second, here’s what you will get. 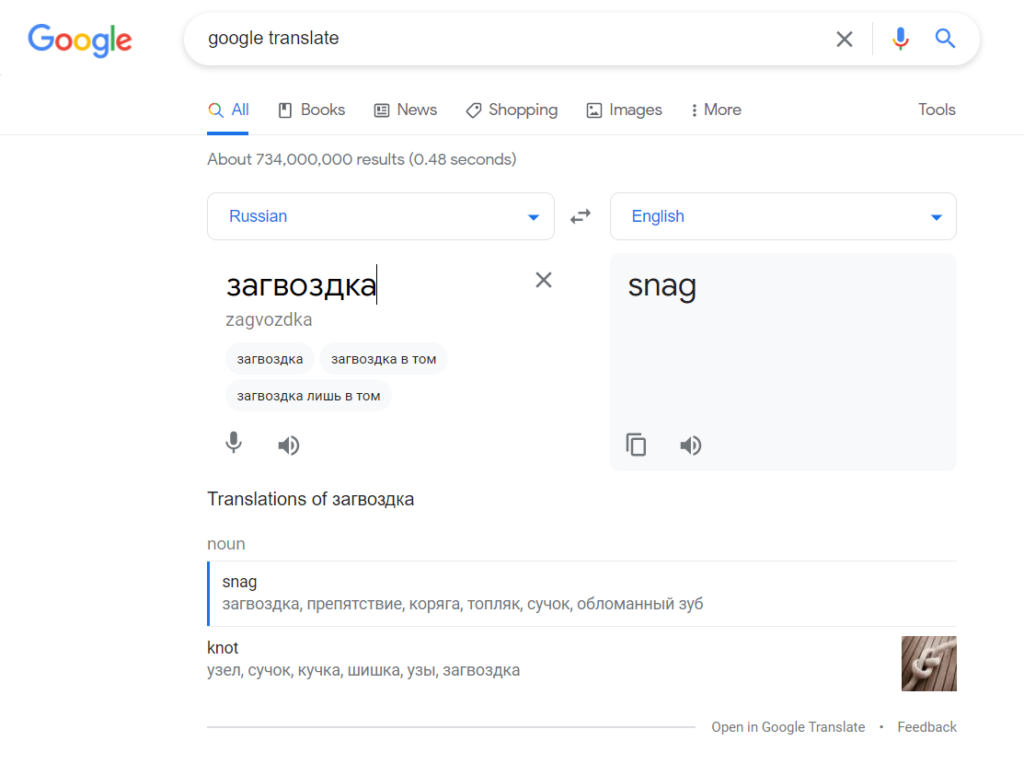 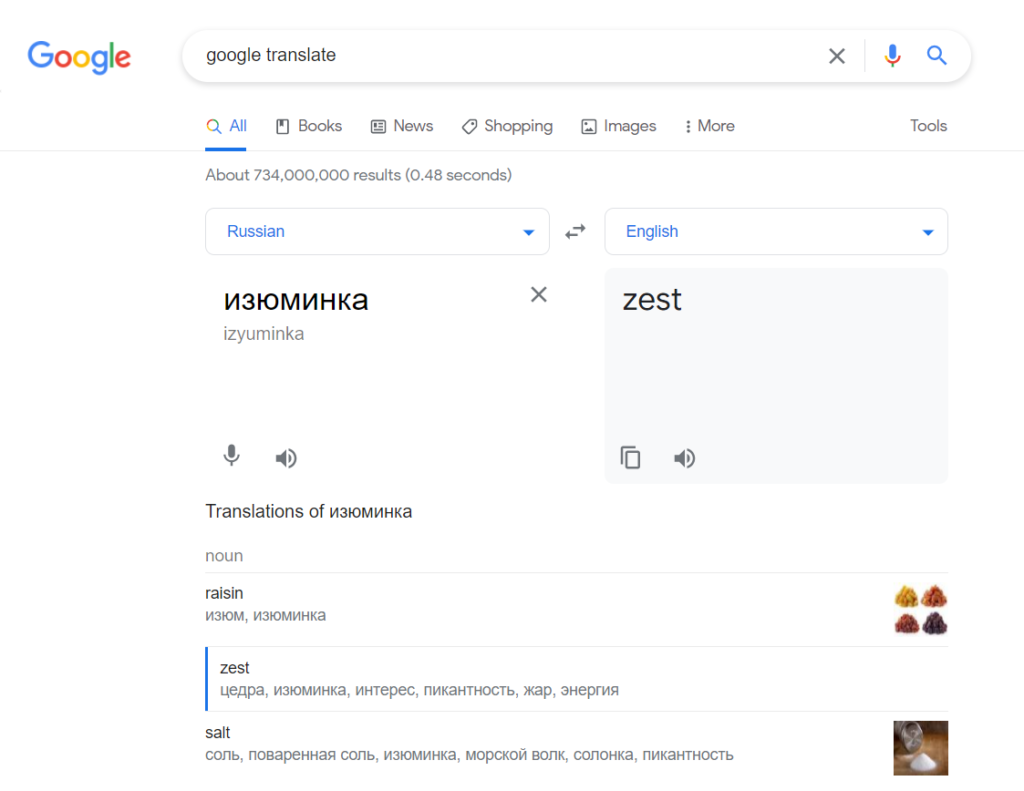 While “snag” is certainly not the first word that comes to my mind when I think of “загвоздка” it’s at least a step in the right direction. According to Merriam-Webster, a snag (from what I understand mostly used in British English) means:

Certainly, “obstacle” is a better alternative to “a snag” but I would argue it still does not convey the same meaning. So, how would one use this almost-but-not-quite-an-obstacle Russian word?

Let’s look at загво́здка in a sentence.

I would argue that the closest in meaning are phrases like “the tricky part is”, “here’s the catch”, “the problem is” or, as I was advised, the British would say, “this is a bit of a bother.” Some other translations I have seen online include ‘a hitch’, ‘a difficulty’, and even ‘a doozie’, though all three seem a bit too far-fetched to me.

And even though загво́здка roughly translates to “an obstacle” it’s not a full-bodied obstacle but rather a small hick-up of a problem. That’s probably because загво́здка is like a distant cousin of “гво́здь”, which means “a nail” in Russian (the kind you use in building and not “но́готь”, which is a nail on your finger.) To visualize the word, I almost have to imagine a sweater catching on a bit of nail that’s sticking out of a fence — sharp and visible enough to catch on the fabric but not enough to really scratch me. 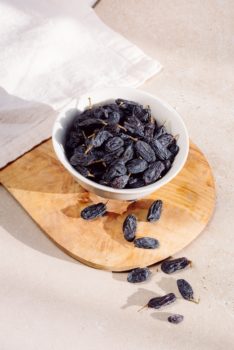 Photo by Anthony Shkraba from Pexels

Изю́минка has quite a similar fate. It comes from the word изю́м which means ‘a raisin’ but has little to do with dried fruit. Изю́минка is a unique trait, characteristic, or some other thing that makes you — you. So, Google’s suggested “zest” is not quite right because the way ‘zest’ is used in English when it comes to making something stand out doesn’t at all match how изю́минка is used in Russian. For example:

В чём её изю́минка? [V chom yeyo izyuminka?] is a question you might hear but which should not be translated as “What’s her zest?”

Do you think a simple “What’s so special about her?” might work or will it sound too flat? Could it be that the French also mastered this with, “Je ne sais quoi”?

And it’s most definitely not “the cherry on top”, however much the berry parallel might be appealing.

So, as I stated earlier, let me know in the comments what you think of these two Russian words.