Russian outside Russia Posted by Maria on Apr 14, 2014 in Culture 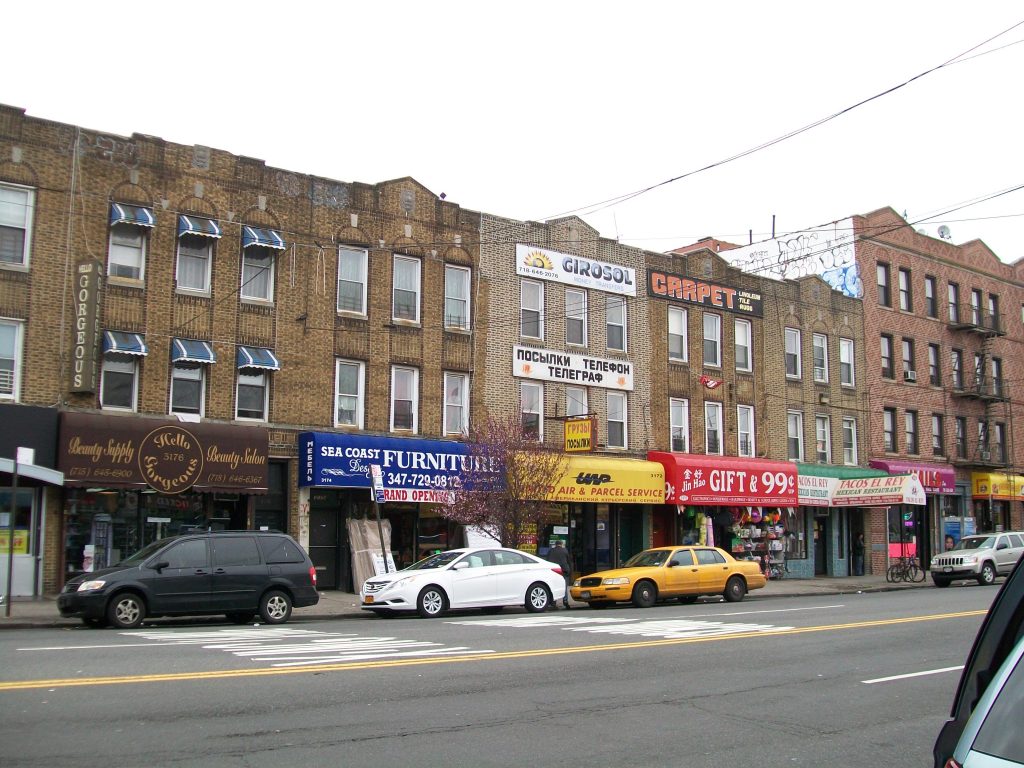 Despite being from Russia, I find it bothersome when people equate the Russian language with the country of Russia. In my opinion, it not only leaves other Russian-speaking communities out of the discussion of the language, but also misrepresents them by implying that if you speak Russian, you must be culturally/politically/ethnically aligned with Russia. I would like to explore where Russian is spoken, by whom, its official status, and attitudes towards the language.

Russian in the former Soviet republics

During the Soviet period, Russian was often imposed on the population of the USSR. As a result, many of the former Soviet republics tried to limit its status and promote the use of their national language after gaining independence. However, Russian remains a state language in Belarus (along with Belorussian), and an official language in Kazakhstan and Kyrgyzstan.

According to an article in the demographic journal Demoscope (Демоскоп), as of 2008, Russian was still widely spoken in  several former Soviet republics. Belarus (Беларусь), Ukraine (Украина), Kazakhstan (Казахстан), Latvia, and Moldova top the rating of the countries where Russian is widely spoken and understood. Seventy eight percent of people surveyed in Belarus said they were fluent in speaking, reading, and writing Russian; and an additional 18 percent said they could speak and read Russian but made mistakes in writing. Fifty to 70 percent of respondents in Ukraine, Kazakhstan, Latvia, and Moldova reported fluency in reading, writing, and speaking Russian. Other former Soviet republics, such as Armenia or Georgia, had a lower level of proficiency, with approximately half of the respondents fluent in Russian to differing degrees. Azerbaijan had the lowest level of proficiency.

The authors of the study realized that numbers might be skewed because older people may know Russian from the Soviet days, when they had to learn it in school. Therefore, they also asked people with underage children how well the children knew Russian. It turned out that two thirds of young people in Belarus were fluent in Russian. Kazakhstan, Ukraine, Moldova, and Kyrgyzstan also had high rates of young people who were fluent or intermediate in Russian. Finally, Russian was widely used at home, with friends, or at work for a large proportion of people in Belarus, Kazakhstan, and Ukraine.

Russian in other countries

It is not only in the former Soviet republics that Russian is spoken. The number of people leaving Russia in the 90s was very high, with about 1.6 million people emigrating between 1989 and 2002. About 2 million (current-border-)Russian-born people were living abroad at the turn of the 21st century.

Most of the nineties emigration had three main destinations — Germany (Германия), Israel (Израиль), and the US (США). Ethnic Germans and Jews repatriating to Germany and Israel, respectively, made up a large share of the emigrants in the early 90s. As a result, considerable Russian-speaking diasporas formed in these countries. For instance, fifteen percent of Israeli population is Russian-speaking. Brooklyn and California in the US have large Russian-speaking communities, as well.

While we see that Russian is spoken in several countries, and not only by ethnic/heritage Russians, that alone does not tell us how the language is perceived. Is it seen as a remnant of oppression that needs to be crushed or as a lingua franca allowing communication with other Russophone regions? Well, according to Demoscope, that depends on the country. Since the populations of Belarus, Ukraine, and Kazakhstan had good command of the language, they did not feel like it needed to be promoted further (as of 2008). People in Azerbaijan, Georgia, Latvia, Lithuania, and Estonia did not know Russian very well and did not feel like it needed to be fostered. Finally, people Armenia, Kyrgyzstan, Moldova, and Tajikistan wanted more Russian to be taught in schools and welcomed Russia’s efforts to foster the language in these countries. Outside the former Soviet Union, such as in Israel, Russian-speaking communities are often seen as unwilling to adopt the local language and culture.

In conclusion, the status and legacy of the Russian language outside of Russia is a complex issue, where that language may be seen as a sign of Russia’s undue influence over its former satellites. However, we need to remember that Russian is spoken by many people outside Russia, not all of them ethnic Russian or politically aligned with the Russian regime. I would like to hope that the language continues to be studied and used on its own merits and not as a symbol of any sort of agenda.