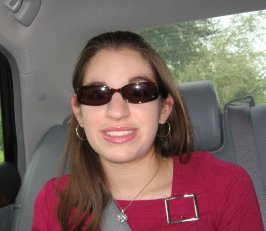 When learning about a new country, learning about its culture is an inevitable occurrence, along with politics.  Politics is an integral part of culture and extremely important, even for those who wish to remain apolitical.

During the Communist era, the USSR was a one-party state.  Parties other than «Коммунистическая партия Советского Союза» [Communist Party of the Soviet Union] were outlawed.  Luckily, with the fall of the Soviet Union, this has changed.  Today, Russia has quite a variety of political parties led by very colorful politicians.  «Давайте познакомимся!» [Let’s get acquainted!]

«Коммунистическая партия Российской Федерации» [Communist Party of the Russian Federation] is the second-most powerful party in the «Дума»–it holds 57 of the 450 seats.  It is the successor to «Коммунистическая партия Советского Союза» [Communist Party of the Soviet Union].  It has been led by «Геннадий Андреевич Зюганов» [Gennady Andreyevich Zyuganov] since 2001. «Зюганов» is a very educated man: «он занимался физикой и математикой в институте» [he studied physics and mathematics at an institute].  «Зюганов» is also «доктор философских наук» [doctor of philosophy], which is a degree one level higher than an American Ph.D.  He also ran for president in the past and had this election poster in 1996.

«Либерально-демократическая партия России» [Liberal-Democratic Party of Russia] holds 40 out of the 450 seats in the «Дума».  Some of its philosophies are «национализм и популизм» [nationalism and populism].  Its leader, «Владимир Вольфович Жириновский» [Vladimir Volfovich Zhirinovsky] is one of Russia’s most colorful politicians and is famous for saying outrageous things.  For example, during the bird flu scare, he said that Russians should shoot migrating birds.  Even his past is not very typical: he’s the only politician mentioned in this post who was not born in Russia. «Он родился в столице Казахстана» [He was born in the capital of Kazakhstan].  He has made anti-Semitic remarks on many occasions and engaged in physical fights with political opponents.

The last party that has seats in the «Дума» is «Справедливая Россия» [A Just Russia].  It holds the remaining 38 seats.  Its philosophy is «социал-демократия» [social democracy].  Its leader is «Сергей Михайлович Миронов» [Sergey Mikhailovich Mironov].  «Справедливая Россия» is probably the most typical and tame of the parties, but perhaps it just seems that way in comparison to the colorful and controversial «Либерально-демократическая партия России».

Though these are the only parties currently in the parliament, there are other political parties.  My favorite is «Российская объединённая демократическая партия «ЯБЛОКО»» [Russian United Democratic Party Yabloko].  Why, you may be thinking, is this party one of my favorites?  I simply like the name of it: «яблоко» means “apple” in Russian, and I think it’s very funny to have a political party named after a fruit.

A discussion of Russian politics would not be complete without mention of «Дмитрий Анатольевич Медведев, президент Российской Федерации» [Dmitry Anatolyevich Medvedev, President of the Russian Federation].  «Медведев родился в Ленинграде, так же, как и Путин» [Medvedev was born in Leningrad, like Putin].  «Он учился в Ленинградском Государственном Университете на юридическом факультете» [He studied law at Leningrad State University].  He worked as a lawyer and then worked in the Russian government.  In the elections in 2008, he received crucial support from Putin, as can be seen by the political poster below:

Like his predecessor «Путин», «Медведев» has retained relatively high ratings from the Russian population.

«Верьте или не верьте» [Believe it or not], we have only scratched the surface of Russian politics, an extremely complicated and complex topic.  Hopefully I will have the opportunity to write a follow-up post in which we’ll explore some of the less well-known political parties and developments in Russia.

Note from Yelena: I also believe «Яблоко» is one of the most creatively-named parties. But do you know that the first three letters of the name – Я, Б, Л – are the first letters of the last names of the three founding fathers of this party – Явлинский, БолдыревиЛукин.