Who Gets Called “Russian”? Posted by Maria on Feb 5, 2018 in Culture, History

How often have you heard the phrase “So-and-so is Russian”? What was meant by “Russian” in that case? Was the person a citizen of the Russian Federation? Did they live in any of the neighbo(u)ring countries? Did they speak Russian? This post will examine the many ways “Russian” (русский and other related words) is used.

Subject of the Russian Empire 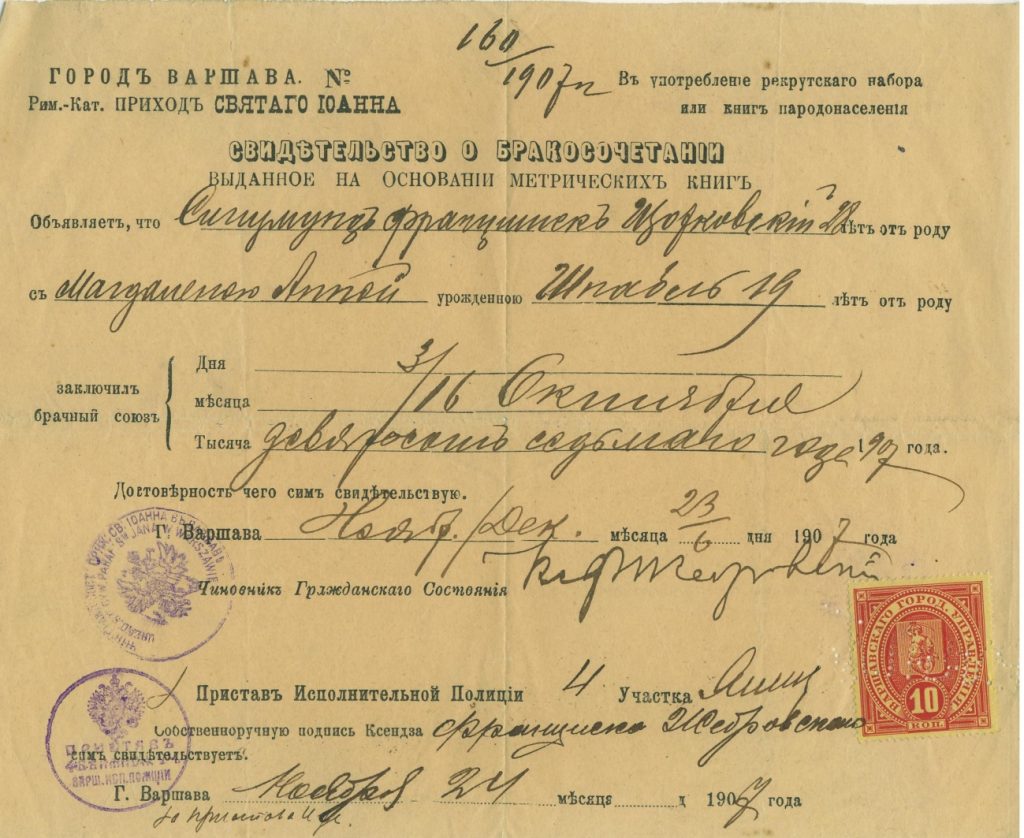 1907 Marriage Certificate from Warsaw (Варшава), then in the Russian Empire//Public Domain, Link

Often, when talking to a person outside Russia about their family history, you may hear them say, for example, that their grandmother (бабушка, note the word stress) was from Russia. So far so good, right? Then they casually mention said grandma lived, let’s say, in Odessa (Одесса, a city currently in Ukraine). What’s going on here? Did the person confuse Russia and Ukraine?

When it comes to family trees or immigrant ancestors, “Russia” (Россия) is sometimes used as a catch-all equivalent of the Russian Empire (Российская империя). That empire, which existed from the 18th century until the Russian Revolution in 1917, spanned various territories including parts of what is now Poland (Польша), Finland (Финляндия), Georgia (Грузия), Ukraine (Украина), and other sovereign nations. Some of these became independent after the collapse of the Russian Empire, while others broke away after the collapse of the Soviet Union (Советский Союз). 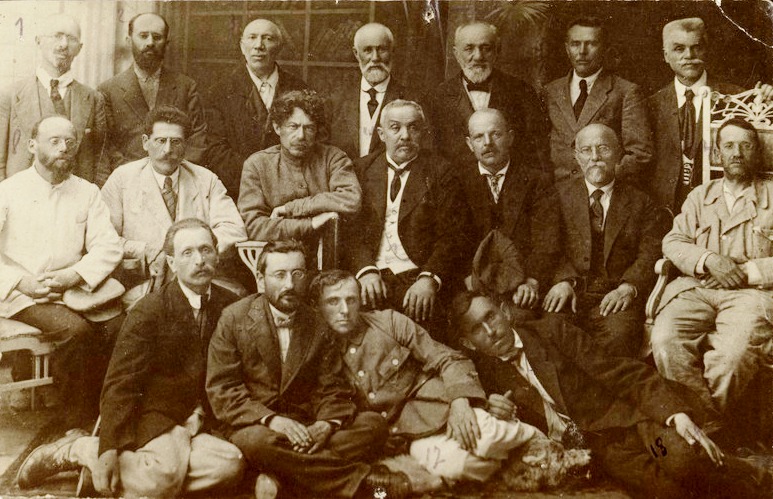 An American once asked me if I was from Russia or one of the former Soviet Republics. A tongue-in-cheek answer is “both” as Russia is a former Soviet Republic (советская республика). A more serious answer is that a person from any of the newly-independent nations that used to be ruled by Russia is unlikely to say “Russia” instead of the name of their country. However, “Russia” was often used interchangeably with “the Soviet Union,” especially by foreign press, so people abroad may refer to all former Soviet republics as “Russia.”

For instance, my distant American cousins tell me their grandfather used to send clothes to his sister (сестра) in “Russia.” I happen to know that the sister, who was my great-grandmother (прабабушка), lived in Chernivtsi (Черновцы, formerly Черновицы, in Russian) in Ukraine. It also gets confusing because there are people who identify as Russian (русские) and people who do not identify as Russian but speak Russian as their first language in the former Soviet republics. 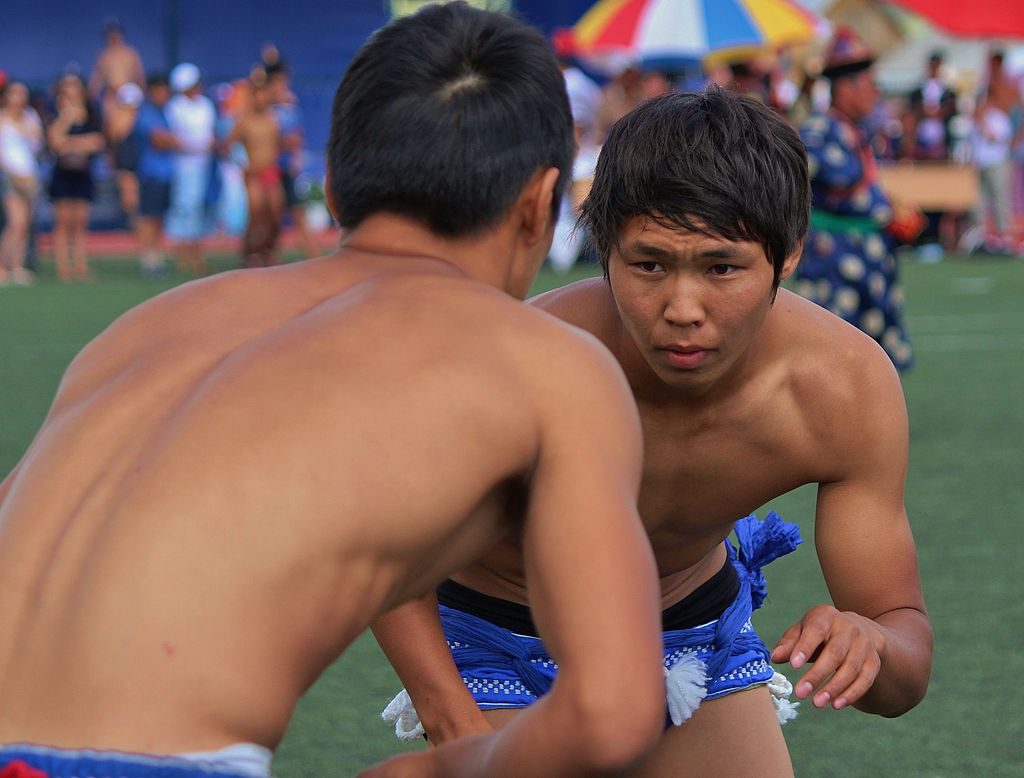 By Аркадий Зарубин (Own work) [CC BY-SA 3.0], via Wikimedia Commons

Several of my friends and I have heard people abroad say we “don’t look Russian.” As Jenya pointed out on this blog, there is no such thing as a single Russian look. People of various backgrounds came to live on the territory of Russia as a result of conquest or migration, so you may find, among other groups, people of Slavic, Turkic, Mongolian, or Finnic heritage, or often a mixed heritage.

As I wrote before, “Russian” may refer to a person’s ethnicity (русский/русская/русские) or citizenship (россиянин/россиянка/россияне). Some documents in Russia, like birth certificates (свидетельство о рождении), may still indicate a person’s ethnicity, and a citizen of Russia (россиянин) may well be labeled something other than русский. However, in casual conversation, русские is much more common when referring to people hailing from Russia or sharing its culture, whatever their ancestry or current citizenship. For example, one may say “Русских легко узнать за границей” (“It’s easy to recognize Russians abroad”) without conducting a passport check or a DNA test.

What other contexts have you heard the word “Russian” used in?