Sometimes Russian Blog’s Word of the Week is solely grammatically interesting, sometimes purely culturally or historically fascinating. Seldom can our Russian word of the week be both. But this week’s word is actually both! The Russian word «время» [time] is grammatically interesting because it is a neuter noun despite ending on «я» [ya] (which is usually the marker for feminine nouns) and has a highly intriguing declension in the six cases (just wait for it!) that might confuse you the first time but is well worth learning by heart. The Russian concept «время» [time] is culturally and historically fascinating since Russia is an enormous country with a total of eleven time zones. And that’s even though the entire «европейская часть России» [European part of Russia (that’s all of Russia in front of the Ural Mountains)] has one and the same time – colloquially as well as officially known as «московское время» [Moscow time]. Historically the time in Moscow has been more important than the time in the rest of the ten Russian time zones; for example, all train times are according to «московское время». Though on your train tickets you’ll see that this is written as «время московское» [the change would make it correct to translate as ‘the time is Moscow time’]. On plane tickets, however, the time marked for take-off and landing is always «время местное» [local time]. In Russia one often meets Moscow time on TV (news are often broadcast according to the capital), and also on the radio – yet after a while you will have learned to ignore it and apprehend that the popular provincial saying from the Soviet times: «Что Москва? Москва далеко» [What about Moscow? Moscow’s far away], is very true indeed. 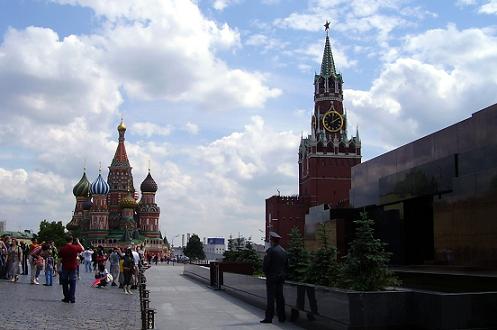 If you don’t live in Moscow and listen to the radio «в провинции» [in the province] you might hear the following: «Сейчас два часа дня по Москве». Probably you understand the part about ‘now it is two o’clock [p.m.]’ but what does «по Москве» mean? Clearly not “on Moscow”. It is actually short for «по московскому времени» [according to Moscow time].

When talking about «время» [time] in Russian language and culture we could also bring up the Russian approach to time. What makes the Russian approach different from our own (now I mean to compare mostly with European or Western approach to time, since that’s closest to home for me)? Is it simply prejudice to say that «русские всегда опаздывают» [Russians are always late] or is there some truth to it? Speaking from my own personal experience I have to admit that it’s more than just a little bit true; even though one should always keep in mind that «все русские разные» [all Russians are different]. During five years in Russia I’ve learned that it is best to tell Russians to be somewhere at 11.30, for example, if you want to be sure that they’ll have arrived in time for 12.00. I don’t know why a majority of Russians can never be on time – is it because their lives are so full of stress? That they have too much to do? Or is it due to those «бесконечные пробки на улицах» [endless trafficjams on the streets] which we cannot even imagine before we’ve seen them (not to speak of getting stuck in one of them!)? When I discussed this with one of my professors in Yekaterinburg she said that before, «в советские времена» [in Soviet times], people weren’t at all late as often as they are now. She said it’s mostly «молодёжь» [young people; youth] that is never on time in Russia today. I couldn’t argue with her, obviously, since I’ve never lived in the Soviet Union due to being born in the beginning of «перестройка» [‘perestroika’ – or, more correctly translated as reconstruction; conversion; realignment; alteration]. That’s why I don’t know what kind of approach the average «гражданин Советского союза» [citizen of the Soviet Union] had. Maybe someone of you readers know more about this? Maybe someone has seen ‘time’ in both the Soviet Union and the Russian Federation?

Okay, enough with the cultural ponderings – let’s decline this noun!

A good way of showing what happens to «время» [time] in the six cases depending on whether it’s SINGULAR or PLURAL («времена» [times] – did you see how the stress just jumped from being on the first vowel in singular to the last in plural? Now that’s confusing to me!) is to give twelve sentences in which this word is portrayed in all of its twelve forms. Okay? Let’s do it then!

Accusative: «Какое время года ты любишь?» – [What time of the year do you love?]

Nominative: «Что за новые времена!» – [What kind of new times are these!]

Accusative: «Я-то стараюсь забыть старые времена!» – [I for one try to forget the old times!]

Instrumental: «Всё изменится с новыми временами» – [Everything will change with the new times].

I hope that you found these twelve sentences to be helpful and that you’ll be able to forgive me for only using the word combinations «новые времена» [new times] and «старые времена» [old times] in plural. Suddenly, while writing this post, I came to suffer from instant brain freeze and couldn’t come up with any other combinations in which you use the word ‘time’ in plural in Russian. If anyone else out there has a clue, please leave it in a comment! I love to read your comments; they help me make this blog better. And I really want this blog to be the best – the best for learning Russian and keeping one’s affectionate feelings for Russian culture in the best of shapes.