5 Telenovelas That Were Way Better in Spanish Posted by Jakob Gibbons on Aug 8, 2016 in Videos

Latin American telenovelas are famous for their face-slapping and hay dios mío-evoking dramatics, but they’re also the inspiration for many American and international hit series. For Spanish learners who love comedy, suspense, and yes, drama, give your listening comprehension and cultural fluency a tune-up with these Spanish-language originals.

From Netflix originals to prime time hits, our Latino neighbors have been supplying the creative fodder for some of our entertainment obsessions for decades now.

Novelas aren’t all the forbidden love affairs and outrageous murder plots you see when you flip to Telemundo at 2 in the morning–actually, it’s a robust genre with diverse subgenres ranging from cheesy soap operas to dystopian narco-thrillers.

Since gaining popularity in Mexico and Brazil in the 1950s, novelas latinoamericanas have launched themselves onto the world stage, lighting up the ratings from the United States to Turkey to the Philippines. The most influential telenovelas in Latin America have begun and furthered public debates about urban violence, government corruption, family planning, homosexuality, and the extreme class divisions that still stratify much of Latin American society. 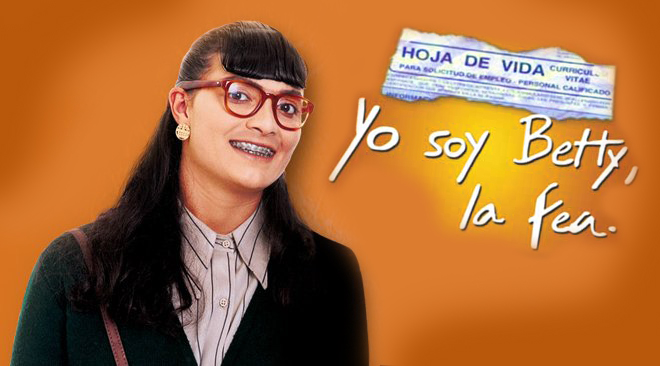 Image by Marcio Paes via Flickr under CC BY-NC-ND 2.0

For language learners especially, the original is where it’s at. To strengthen your Spanish listening comprehension, build on your slang and colloquial vocabulary, and deepen the cultural understanding that’s crucial for truly understanding any language, skip the remakes and start on these five original telenovelas.

Since its premier on USA Network two months ago, “Queen of the South” has drawn over a million viewers for each of its first six episodes, but that’s nothing next to the original. The Telemundo hit La Reina del Sur is to date the American network’s second highest budget and number one most successful narco-novela ever.

Starring Kate del Castillo, La Reina del Sur is the story of Teresa Mendoza’s evolution into a Spanish drug kingpin. After the murder of her boyfriend El Güero, a higher-up in the notorious Sinaloa cartel, Teresa flees her home in Mexico to seek refuge in Spain, but rather than leaving the underworld behind, she becomes its queen. The Spanish-language original series received awards for Best Telenovela and Best Actress in 2011, and has been nominated for several other awards for its acting and plot.

You can find La Reina del Sur on Netflix and online at Telemundo.com.

Ugly Betty was just one of more than a dozen international adaptations of one of Colombia’s most famous and beloved telenovelas: Yo Soy Betty, La Fea.

Widely regarded as one of the most influential telenovelas of all time, Betty la Fea is quintessential 90s comedy with a cast of lovable Colombian characters. Beatriz, the title character, is a sartorially challenged economics graduate who lands a job at fictional Colombian fashion powerhouse EcoModa, working among the beautiful and powerful of the capital city. Betty’s trademark scratchy voice and self-consciously clumsy mannerisms inspire empathy from any viewer as she navigates scenes that mix dramatic stereotypes with injections of the middle class culture of Bogotá in the 90s.

You can find all 169 episodes of Betty la Fea on YouTube, or (with the help of a good VPN) in better quality on Colombian network Canal RCN’s website.

This Mexican comedy-thriller-drama tells the story of five maids working in different houses in the same wealthy condominium. The story begins when a neighbor at the condominium mysteriously goes missing, shortly after which the maids discover a briefcase full of money and clues to a brewing crime. As the novela embraces the dramatic while simultaneously poking fun at such stereotypes and the decadence of the Mexican upper class, it demonstrates the truth of the show’s tag line: Las empleadas domésticas son tan imprescindibles en la casa, que sería imposible coexistir sin ellas.

You can find episodes of La Alegría del Hogar on YouTube.

If you’ve been watching the CW’s new series Jane the Virgin, check out its Venezuelan inspiration Juana la Virgen.

Juana shares little more than a title character and a virgin pregnancy with its American remake, but the Venezuelan original enjoys popularity across Latin America, even having inspired a Polish version in 2010 before it reached American TV screens in the form of Jane. The story starts when 17 year old Juana is accidentally artificially inseminated during a hospital visit gone wrong. Despite her purity, Juana finds herself in a complicated love triangle when the already married father of her baby finds out and begins to fall in love with her.

You can find episodes of Juana la Virgen on Hulu and YouTube.

If you’re a Narcos-addict who’s also learning Spanish, you owe it to yourself to watch Pablo Escobar, Patron del Mal.

Actually, even if you’re just a fan of Narcos and not yet learning Spanish, you should start now, just so you can watch Patron del Mal.

Following the story of a young Pablo Escobar and his dreams of fame and fortune, Patron del Mal has all the cultural context that’s missing from the Netflix remake, including the infamous paisa accent spoken by the people of Medellín and the cartel that came to dominate it in the 80s. Watching Patron del Mal is a glimpse into what the world of Colombia and Medellín looked like and still feels like, with overly polite narcos usted-ing each other even in the midst of shootouts and scenes filmed in the very neighborhoods where the events they recount actually took place not long ago.

For a look at the narcos behind Narcos and an authentic, suspenseful telling of the times of Pablo Escobar, you can find Patron del Mal on Netflix.

TV is the ultimate language learning tool, not only because it’s free and fun, but because it also engages with the intersection of language and culture. You can’t watch Patron del Mal without thinking about what life was like in Medellín in the violent 80s and 90s, and you can’t avoid watching Mexican machismo culture clash with a strong female druglord in Reina del Sur. Watching the TV and media produced by the culture and language we’re learning will always teach us more than shows and movies about them.

Whether or not you’ve seen the English adaptations of these five shows, give some of the originals a watch. It’ll not only broaden your vocabulary and dramatically improve your listening comprehension, but it’ll also give you a new series you can jump into and write off your hours in front of the TV as language study.

Have a favorite telenovela that didn’t make the list? Tell us about it in the comments!