A Guide to Lucha Libre Posted by sasha on Aug 9, 2017 in Uncategorized

As is the case in much of the Spanish-speaking world, football is definitely the most popular sport in Mexico. When it comes to uniquely Mexican sports, though, you just can’t beat the high-flying action of lucha libre. On any given Friday night, all 17,000 seats at Arena México are full of people cheering on their favorite luchador. Let’s take a closer look at this massively popular sport, starting with an important question.

What is Lucha Libre? 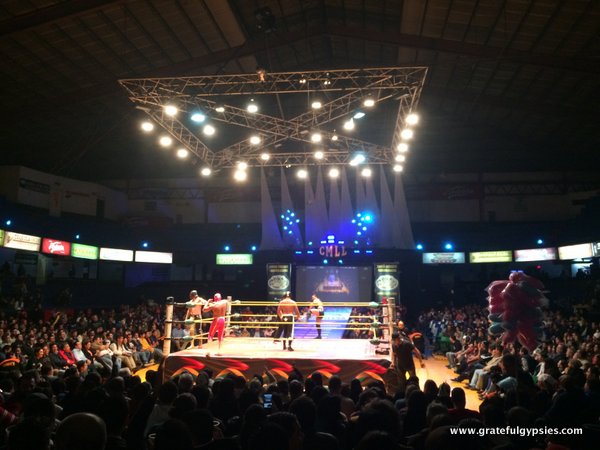 Lucha libre is a huge part of Mexican culture.

In Spanish, lucha libre literally means “free fight.” This style of wrestling got its start in Mexico way back in 1863 when Enrique Ugartechea developed a new form of Greco-Roman wrestling. A few decades later, and Mexico was in the midst of a bloody revolution. People sought distractions from the harsh realities of what was going on around them, and a couple of Italian businessmen started promoting lucha libre fights to do just that.

In 1933, Salvador Lutteroth González established the Empresa Mexicana de Lucha Libre (Mexican Wrestling Organization). He was inspired by the professional wrestling matches he had seen in Texas, especially the characters and their colorful personalities. He decided to bring these kinds of shows back to his home country, with a focus on the lucha libre style. Within just a year, his shows were selling out and looking for larger venues. It should come as no surprise that he’s known as the “father of lucha libre” for his efforts. The league is still going strong under its current name of Consejo Mundial de Lucha Libre (World Wrestling Council). While González made it a national sport, one wrestler in particular helped catapult lucha libre to a cultural phenomenon. 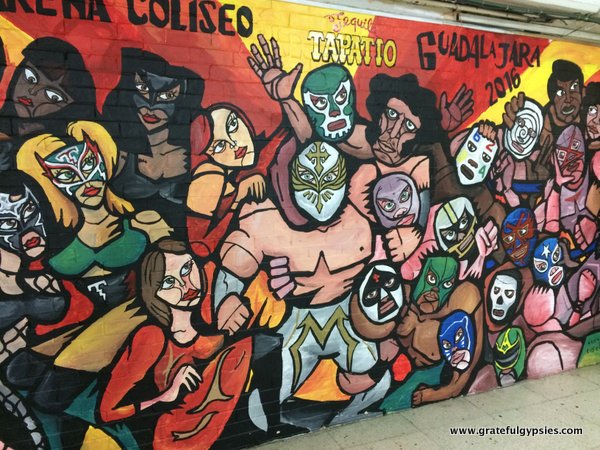 A mural of luchadores in Arena Coliseo.

In 1942, a wrestler named Santo, El Enmascarado de Plata (Saint, the Silver Masked Man) stepped into the squared circle for the first time. Wearing a silver mask, he won an 8-man battle royal and the affection of the crowd. He went on to have a career spanning five decades, usually simply referred to as El Santo (The Saint). His real name was Rodolfo Guzmán Huerta, and he also appeared in countless movies and comic books, becoming a real-life superhero for his adoring fans. After retiring, he famously removed his mask on a television program for the first time ever in public. Just a week later, he died from a heart attack. According to his wishes, he was buried in his legendary silver mask. His youngest son continues his legacy to this day, wrestling as El Hijo del Santo (The Son of the Saint). 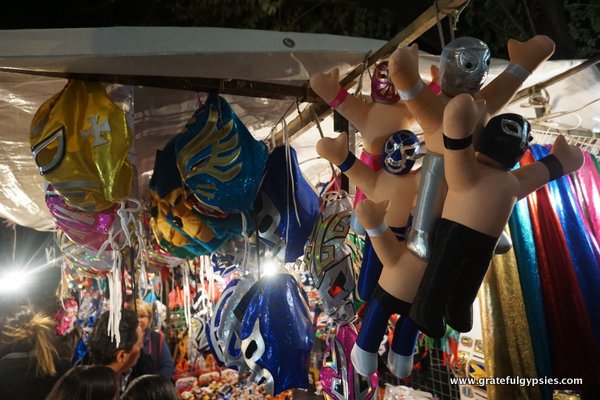 Masks and figures for sale outside the arena.

While the máscara (mask) is an integral part of lucha libre, not every wrestler wears one. Many begin their career as an enmascarado (masked wrestler) but will be unmasked at some point in their career. This usually happens in a special bout that results in one wrestler losing their mask. In fact, luchas de apuestas (matches with wages) are a big part of the show. Here are just a few examples: 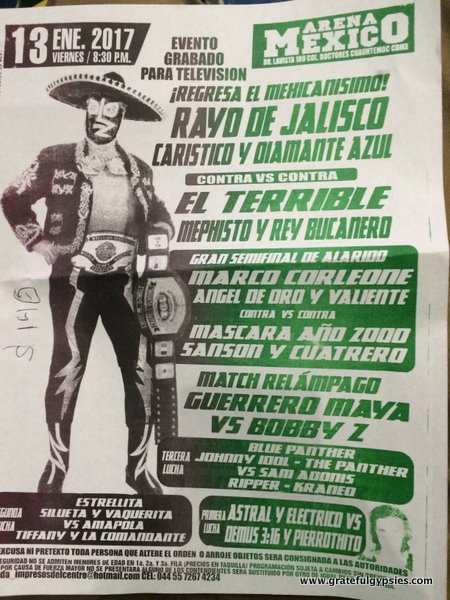 The card for a full night of matches.

When it comes to the storyline of lucha libre, it basically boils down to the age-old battle between good and evil. One one side, you’ve got the técnicos (good guys) who follow the rules and are loved by the crowd. On the other, you’ve got the rudos (bad guys) who often cheat and attempt to unmask their opponents. Most matches are de dos a tres caídas (2 out of 3 falls) and involve multiple competitors. There are parejas (2 on 2), trios (3 on 3), and atomicos (4 on 4) tag team matches in lucha libre.

The action is generally quite fast-paced, with plenty of high-flying aerial maneuvers. As far as the rules go, it’s quite similar to professional wrestling in the US. Matches end by pinning your opponent’s shoulders to the mat for a 3-count or making them submit. Sometimes, a match ends in a count out or disqualification. 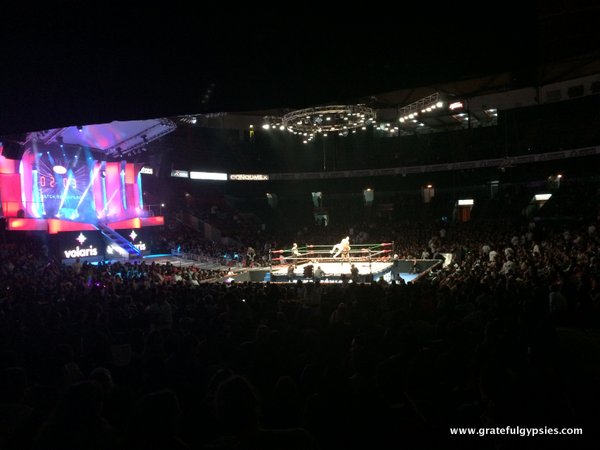 The arena is packed!

While it’s popular all across the country, your best bet for catching a fight night in person are in the big cities. Matches happen at Arena México in the capital every Tuesday, Friday, and Sunday. In Guadalajara, you can head to Arena Coliseo on either Tuesday or Sunday. There are plenty of vendors outside of the arenas selling masks, figures, and t-shirts if you’d like to bring home a souvenir. Be advised that you’re not allowed to bring a camera in, so you’ll have to check it if you do. Of course, everyone ends up snapping photos and videos on their cell phones these days. 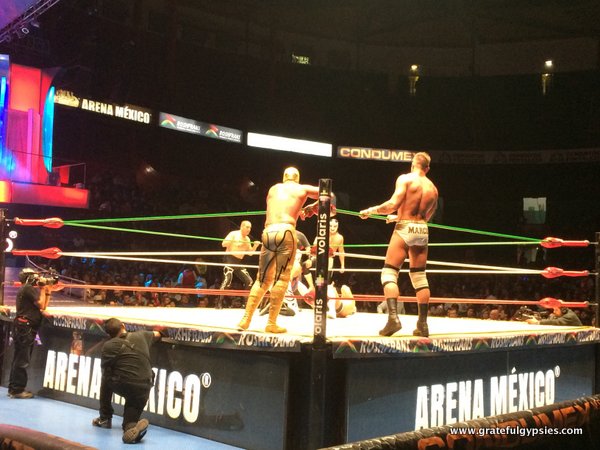 Look at these seats!

As a life-long wrestling fan, seeing lucha libre in both cities has been a highlight of my six months living in Mexico and I’d highly recommend attending if you get the chance. Whereas $20 will barely get you in the door to a big WWE event in the US, that will buy you ringside seats at a lucha libre show. Grab an ice cold michelada from one of the countless vendors, sit back, and enjoy the action!