¿Tienes una lista de deseos? (Do you have a bucket list?). If you’re not familiar with a “bucket list,” it’s a list of things you want to do before you “kick the bucket.” That’s an English idiom and euphemism meaning “to die.” The Spanish phrase for “bucket list” is a bit more literal, as lista de deseos means “wish list.” Whatever you call it, you want to answer the question “¿Qué quieres hacer antes de morir?” (What do you want to do before you die?). I’m here to help you, at least with the travel portion of your bucket list! I put together a Latin America travel bucket list for you so you can start dreaming about crossing some of these places off your list. In Part One, we’ll head to Peru, Bolivia, and Ecuador.

Machu Picchu es una de las Nuevas Siete Maravillas del Mundo Moderno (Machu Picchu is one of the New Seven Wonders of the Modern World). It’s perhaps the most popular place to travel to in all of Latin America. This is one of those places that seems to be on everyone’s travel bucket list, and for good reason! 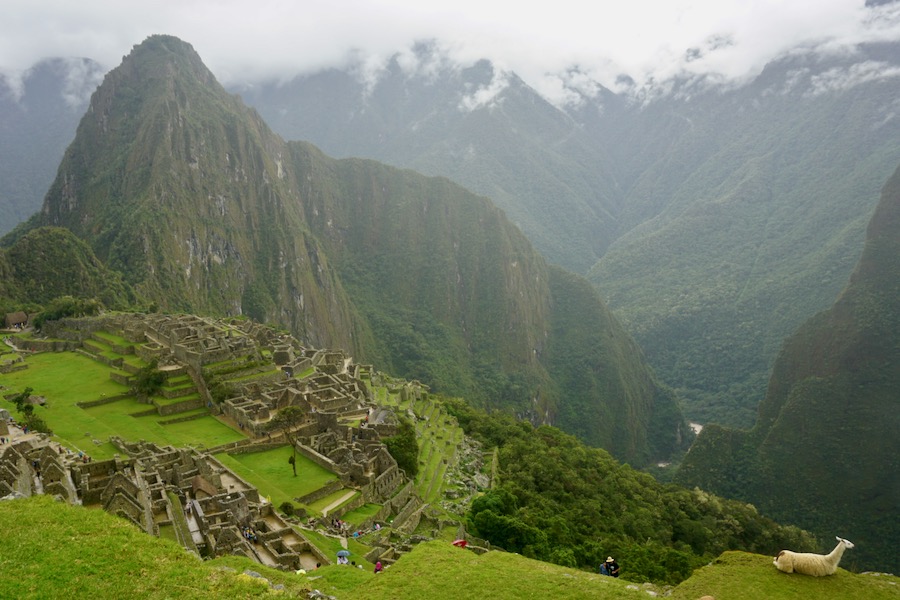 One great option for reaching Machu Picchu is the Jungle Trek. You get to walk a bit of the Inca Trail on this 3-day adventure. You also get to do some ciclismo de montaña cuesta abajo (downhill mountain biking) and soak in aguas termales (hot springs) on this trek. Oh and there are ziplines too. ¡Las tirolesas son muy divertidas! (The ziplines are very fun!).

However you get to Machu Picchu, one thing’s for sure – it will be an unforgettable experience! Gazing upon this ancient city of the Incas will most definitely take your breath away, although the altitude probably has something to do with that as well…

Another place that needs to be on your Latin America travel bucket list is the Salt Flats of Bolivia, known as el Salar de Uyuni. This otherworldly landscape looks like something straight out of a sci-fi movie!

El salar de Uyuni es el mayor desierto de sal del mundo (The Salar de Uyuni is the largest salt desert in the world). Due to its vastness and the fact that it’s totally flat, it seems to go on forever. 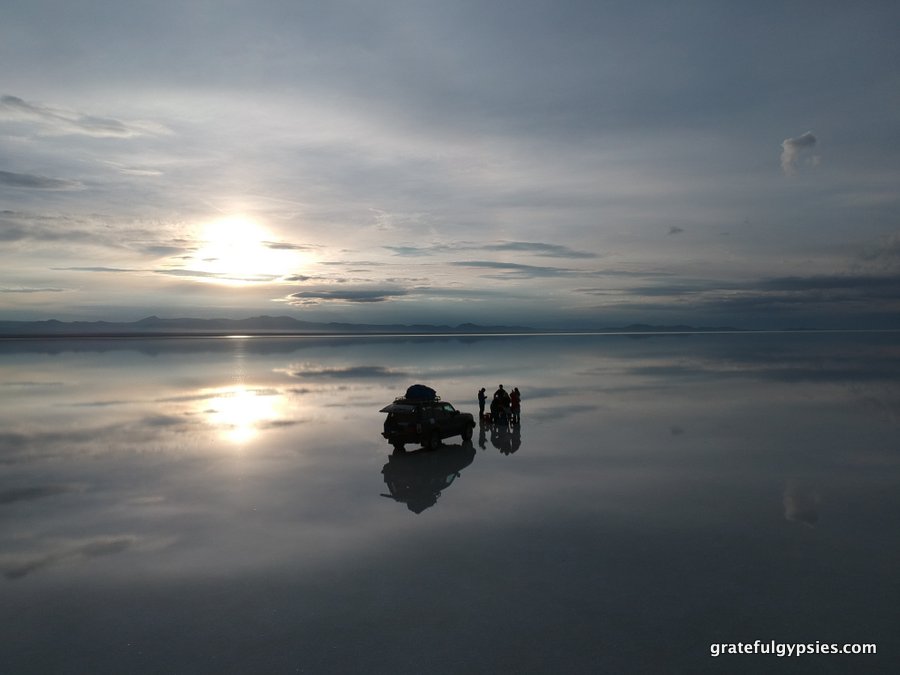 Sunrise at the Salt Flats.

You definitely need to put in some work to cross this one off your bucket list as there’s no easy way to get there. My personal recommendation goes to the 3-day tour that starts in San Pedro de Atacama in Chile. Along the way you stop to marvel at lakes, deserts, mountains, and thousands of flamingoes. ¡Es un viaje fantástico! (It’s a fantastic trip!).

One thing to be aware of on this trip is that you may get mal de altura (altitude sickness). The best local remedy for this is a bit of las hojas de coca (coca leaves), which you can chew or make a cup of tea with.

See what the 3-day tour to the Salt Flats of Bolivia looks like in this video.

We can’t talk about a travel bucket list without mentioning las Islas Galápagos (the Galapagos Islands). This archipelago off the coast of Ecuador is one of the most fascinating places on the planet. It’s not an easy place to visit, but it’s definitely worth putting in the effort to get there!

Aquí puedes ver mucha vida salvaje, como piqueros de patas azules, tortugas gigantes e iguanas marinas (You can see a lot of wildlife here, such as blue-footed boobies, giant tortoises, and marine iguanas). There really is wildlife around every corner here. It’s like being in a National Geographic magazine! 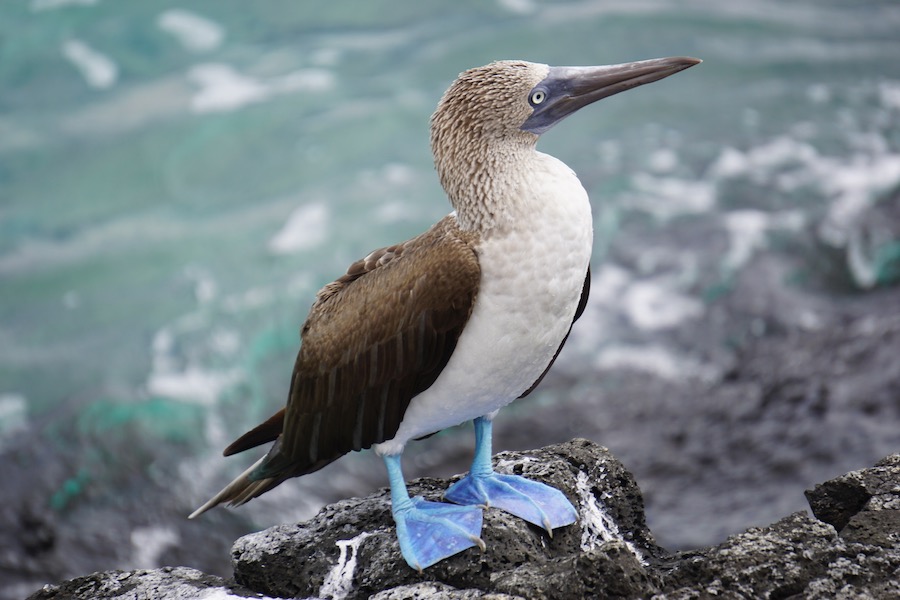 As a matter of fact, it’s the unusual wildlife found in the Galapagos Islands that inspired Charles Darwin and la teoría de la evolución biológica por selección natural (the theory of biological evolution by natural selection). He’s still an important figure there, and you’ll see his name and likeness in many places.

Looking back on my photos from our trip there, it feels like a dream. I still can’t believe we actually made it to the Galapagos Islands. Fue una de las mejores experiencias de mi vida (It was one of the best experiences of my life). I highly recommend you make the journey there some day if you can!

There are so many other amazing places to put on a Latin America travel bucket list. Keep an eye out for Part Two, where we’ll learn about ancient ruins in Mexico, hiking in Patagonia, and the largest waterfall in the world. For now I have a question I’d like you to answer…