Airplane Crash in Mexico Posted by Karoly Molina on Aug 2, 2018 in Uncategorized

This week, a plane flying from the city of Durango to Mexico City crashed and caught on fire shortly after take off. Afortunadamente everyone survived. But what exactly happened that caused the plane to crash? 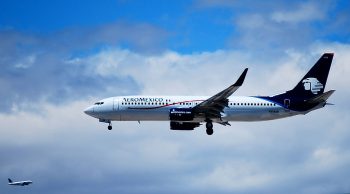 Poco antes de las 4:00 pm, the Aeroméxico airplane took off under extreme weather conditions. Reports from the torre de control verify that the plane was caught in a ráfaga de viento or a strong gust of wind, although other reports suggest it was hit by lightning. It seems that the pilot tried to land the plane again, but the impulse from the wind caused el ala izquierda to touch the runway and lose both motors. Passengers were able to escape the plane from the toboganes de emergencia as the plane caught on fire. Everyone in the plane survived including noventa y nueve pasajeros y cuatro miembros de la tripulación.

The following video gives a short summary of the crash. Look out for words such as percance (accident), impacto (impact, crash), desconocemos (we don’t know), desplome (collapse), ilesos (unharmed), and peritajes (investigations, inquiries).

Aeroméxico is perhaps the biggest airline in Mexico at the moment. It runs over 600 flights each day to 80 cities in three continents and has been operating since 1934. Its airplanes are some of the newest in the industry including 10 dreamliners. After much research, I was only able to find 5 flights with an incident including the one mentioned here which is a very low number for 80 years. While investigations are underway, everything seems to point to the weather as the cause of the accident, and praise should go to the pilot and the cabin crew for putting passenger safety first.

What can you do?

For those of us who fly a lot, accidents like these can be shocking. This is why we should be familiar with the security instructions that well ignore at the beginning of the flight. If you need a refresher, below is one of the safety videos of Aeroméxico. It is both in English and Spanish so you can follow along.