Whenever someone imagine the landscape of Venezuela’s capital city, they cannot help but think about some of the buildings developed half a century ago by one of the most prolific architects from Latin America: Carlos Raúl Villanueva, a true genius belonging to the 20th century modernist movement.

Born near the Venezuelan consulate of London, England, on May 30, 1900, he was the youngest of five children in a family that eventually settled in Paris, as his father was a special envoy from the Venezuelan government to the Exposition Universelle of 1889 in Paris and later appointed Consul General in the United Kingdom.

After having lived and studied in Paris, he received his Architecture degree in 1928. Afterwards, he travelled to the US and eventually to Venezuela, where he started working in the Ministry of Public Works. 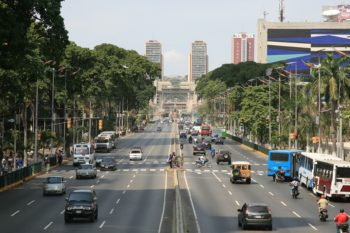 His experiences in Europe as well as his trips to the US were crucial for the development of his architectural approach and taste. He began by reforming various buildings in the city of Maracay under the regime of General Juan Vicente Gómez, until his first well-known commissions: the Museum of Fine Arts of Caracas, the Natural Science Museum, and the Gran Colombia School.

Working alongside a number of fine local artists, like the sculptor Francisco Narváez, he kept shaping the modern façade of what would be the capital city until its current form. And most of it come from what is regarded as Villanueva’s masterpiece: the University City (Ciudad Universitaria), a series of building and architectural features designed for the campus for the Central University of Venezuela—and the reason why it was declared a World Heritage Site by UNESCO in 2000.

Among his many works, it can be counted his many urban developments across the city itself, like Los Rosales, El Prado, El Silencio, Las Delicias, 23 de Enero, La Vega, and Artigas; Carabobo, La Concordia, and Rafael Urdaneta squares; as well as a remarkable number of hospitals (like the University Hospital) and schools.

Villanueva became such a benchmark in his field that he ended up receiving the honor of designing the Venezuelan Pavilion for the Montreal Expo in 1967, and later was commissioned to bring to life Ciudad Bolívar’s Museum of Modern Art, dedicated to the kinetic artist Jesús Rafael Soto—also a good friend of his.

Acclaimed as one of Venezuela’s 20th century geniuses, Villanueva passed away in 1975 in Caracas, but his legacy remains alive in the still current configuration of the city he helped shape.