Fuel Shortage in Mexico Posted by Karoly Molina on Jan 31, 2019 in Uncategorized

People in Mexico began 2019 with an unexpected challenge: fuel shortages. Gas stations around the country were suddenly short on the gasolina that people needed. For a country that is highly dependent on personal cars, the desabasto or shortage meant people couldn’t get to work. What caused this shortage of gas? How did the government deal with the situation? What were the repercussions of the shortage? 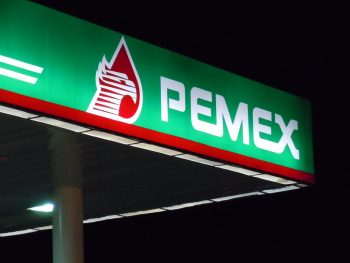 Photo taken by Matthew Rutledge found on Flickr.com with license CC BY 2.0

Pemex is the government-owned company that is in charge of drilling, processing, and selling of gas in Mexico. Its name is an acronym for Petróleos Mexicanos. Pemex was created in 1938 after the privatization of all oil companies of the time and is considered one of the largest companies in Latin America. It is the biggest source of revenue for the Mexican government, and one of the largest employers in the country.

Every so often, the discovery a toma clandestina is reported in the news with images of a makeshift intervention of the Pemex pipes that transport gas to the country. These tend to happen in very rural areas and los culpables or the culprits are usually never found. Each year, the liters stolen has grown making it a very profitable business for those who steal.

In Mexico, stolen fuel is known as huachicol. This word is mainly used for adultered alcoholic beverages, however, it is now a common term for stolen fuel. Huachicoleo is the act of stealing fuel. Below is a report from last year about huachicoleo.

The current Mexican government decided enough was enough and went in full force to stop the huachicoleo. They closed one of the main ductos or ducts that supply fuel to the country. This meant that trucks transporting gasolina or gas would have to travel farther to supply the gas stations. Unfortunately, this wasn’t fully thought through and cities began having a shortage of gas. Panic purchases increased diminishing what Pemex was able to supply. The states surrounding Mexico City were the first hit (and from the video above, the ones with the most stolen fuel). Eventually, the scarcity made it to Mexico City, home to about 25 million people. Despite the government’s efforts to dissuade people from purchasing fuel out of panic, people reacted to the shortage and depleted the supply.

The need for fuel

One of Mexico’s biggest disadvantages (in my opinion) is the lack of efficient public transport. While authorities in Mexico City have tried to add subway lines, line buses and such, the number of users far outnumbers the spaces within public transport. This, together with some very outdated facilities and vehicles that break down often, drives people’s need for a personal car. In other parts of the country, there are only buses and these are not accessible to all.

In addition to the lack of efficient public transport, Mexico is also quite new to the concept of “home office.” Work environments are very traditional requiring people to start at a set hour (usually 8am) at their office even if work can be done remotely. During the fuel shortage, many people’s panic stemmed from their need to get to work.

The gas shortage also severely harmed the economy of Mexico because goods were not able to be transported. One example is food. The majority of food produced in the country is distributed in Mexico City in a place called Central de Abastos. Here representatives from large stores as well as small shop owners purchase the food and then transport it. During the shortage, transportation was either limited or not possible. The video below shows an interview with a representative of the Chambers of Commerce, Service, and Tourism and he talks more about the economic impact of the shortage.

While the problem of huachicoleo is still not solved, it is at least a good sign that something is being done about it. The success of Pemex means that there can be more money to fund social programs, education, conservation, and health care. Stopping the tomas clandestinas will take many years. There are talks of having more military secure the pipes, while others suggest more technological solutions like sensors or drones. Securing the supply of fuel will be a long process that will require updating and good investments.