Mariachi Music Posted by sasha on Apr 10, 2019 in Uncategorized

El mariachi es un género de música tradicional de México (Mariachi is a genre of traditional Mexican music). It’s an important part of Mexican culture and has even been recognized on the UNESCO list of Intangible Cultural Heritage. In this post, we’ll take a closer look at mariachi music and learn some Spanish along the way.

An Intro to Mariachi Music

Interestingly enough, no one really knows where the word mariachi comes from. Some believe it comes from the now-extinct language of the Coca Indians, but no one is sure. Wherever the word comes from, it can mean the style of music, a group, or just an individual performer.

The origins of mariachi go back to the arrival of the Spanish. Prior to their arrival, indigenous people played music primarily with drums, flutes, and conch-shell horns. The Spaniards brought with them new instruments such as guitars, violins, and harps. Indigenous and mestizo people quickly took to these new instruments and even adapted them with new shapes and tuning. 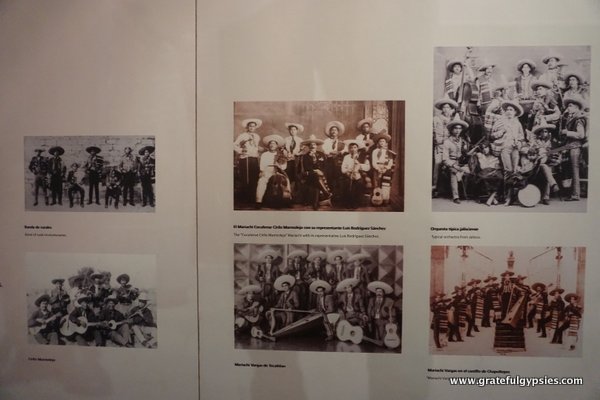 Learning about the history of mariachi.

Many different states claim to be the birthplace of mariachi. Many cite Jalisco as the place where mariachi originated, but the states of Colima, Nayarit, and Michoacán all state their claim as well. Of course, different areas had different styles of mariachi. The mariachi ensemble that’s typical today has its roots in 19th century Jalisco.

Mariachi stems from a folk style of music known as the son. The variety that was popular in Jalisco was known as son jalisciense and this is where the famous song “La Negra” comes from.  It was primarily performed in rural settings, usually as a serenada. This is when a man would hire a mariachi group on his behalf to perform romantic music for a woman he was courting. 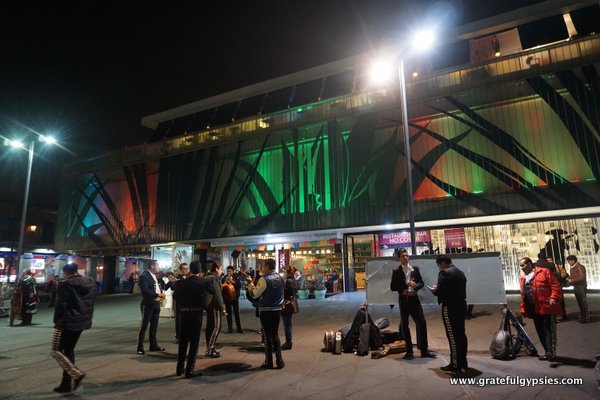 By the early 1900s, mariachi made it to the big city. Many farm workers from rural Jalisco moved to Mexico City and brought mariachi along with them. They soon developed new practices, such as performing in plazas and restaurants to earn some extra income.

After the Mexican Revolution, the government was trying to create a unified Mexican identity. As a result, mariachi was promoted as a symbol of Mexican culture. It became increasingly popular with the development of the radio and film industries in Mexico. Training for mariachi became more professional and formal over the years. It’s now one of the most famous aspects of Mexican culture and known all around the world.

The Instruments of Mariachi

El mariachi es un grupo musical conformado generalmente por un número mínimo de tres integrantes (Mariachi is a musical group usually made up of a minimum of three members). The size of a mariachi group varies, but these are the most typical instruments:

*flutes and harps are not very common but are sometimes used 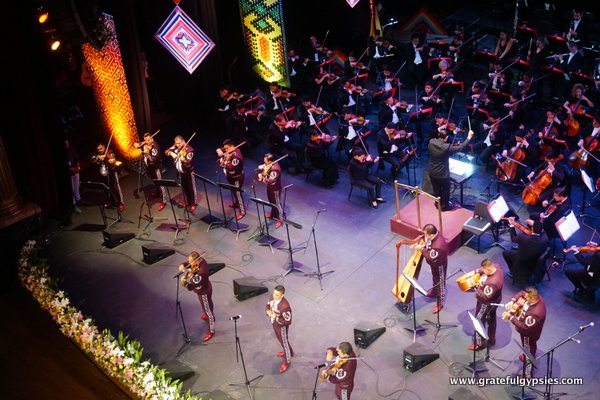 In a mariachi group, there isn’t exactly a “lead singer.” Rather, all members of the group take turns singing. It just depends on the song that they’re playing. Speaking of songs, mariachi groups usually know hundreds of songs, as they’re expected to be able to take requests.

The Clothing of Mariachi 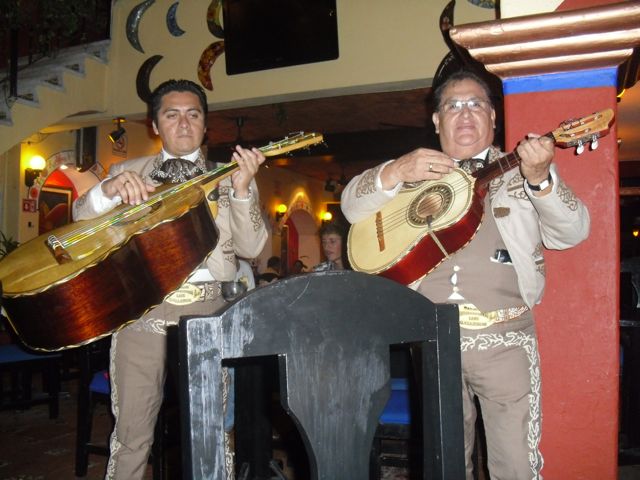 Mariachi band kicking out the jams.

These days, mariachi groups really dress to impress. I’m always amazed at how they manage to wear those elaborate suits and carry their heavy instruments along the beach in the hot sun where I live in Puerto Vallarta.

One of the most famous mariachi songs is “Las Mañanitas” (“Little Mornings”). This song is always played at birthdays and during celebrations of patron saints. Here are the lyrics of this famous song so you can try to sing along!

This is the morning song
that King David sang
Because today is your saint’s day
we’re singing it for you
Wake up, my dear, wake up,
look it is already dawn
The birds are already singing
and the moon has set

How lovely is the morning
in which I come to greet you
We all came here with joy
and pleasure to congratulate you
The morning is coming now,
the sun is giving us its light
Get up in the morning,
look it is already dawn

Another mariachi song that’s very famous around the world is “La Cucaracha” (“The Cockroach”). The song always describes a cockroach who cannot walk, although there are different versions of the lyrics. I recommend reading up on the Wikipedia page as it’s quite interesting.

As I mentioned, there are many different versions of this song. Here’s a fun and easy one that you can practice along with:

People they say the cockroach
Is a very small animal
And when it gets into a house,
It’ll soon be the master of it all.

When a boy loves a girl
And she doesn’t love him back
It’s the same as if a bald man
Finds a comb in the street.

Mariachi is everywhere in Mexico! I seriously hear it on a daily basis here. That being said, if you want to really dive into mariachi, there are a few places I recommend. First is Plaza Garibaldi (also known as Mariachi Plaza) in Mexico City. There are wandering mariachis in the plaza who you can hire to serenade you as you eat at one of the many restaurants in the area. 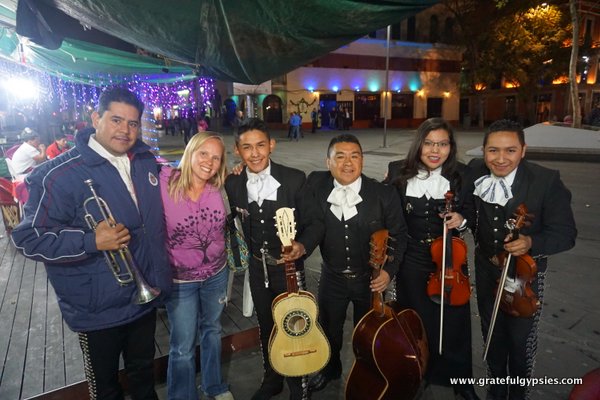 Meeting a mariachi group in DF.

Near the plaza, you’ll find the Museum of Tequila and Mezcal. In addition to learning about Mexico’s most famous booze, they also have a great exhibition on mariachi in there as well. 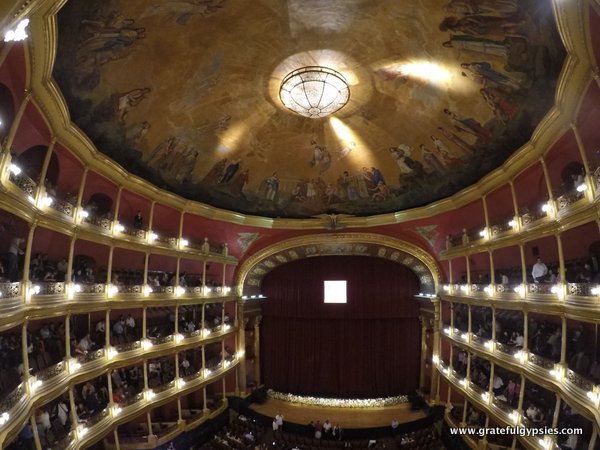 Inside the beautiful theater.

Every year, Guadalajara hosts an International Mariachi Festival. There are gala performances in the beautiful Teatro Degollado that require a ticket, but there are also plenty of shows going on all around town for free. 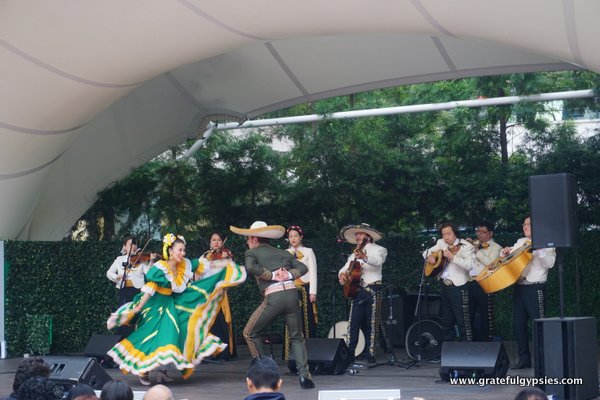 I went this past year and had an amazing time. We even saw a band that came all the way from Japan called Mariachi Samurai. How cool is that?! Here’s a video of them performing “La Negra”:

I highly recommend you visit Guadalajara for the festival if you get the chance. This year the festival will last from August 23rd to September 1st. Be sure to buy tickets for the gala shows early as they tend to sell out.

Here are a few questions you can practice answering in Spanish. Leave a comment below and let us know what you think about mariachi!