Mexico’s Call for Independence 209 Years Ago Posted by Karoly Molina on Sep 12, 2019 in Uncategorized

In the early hours of September 16, 1810, in the town of Dolores in the state of Guanajuato, Miguel Hidalgo y Costilla together with other revolutionary fighters, asked his people to take up arms and fight against the forces Nueva España or the Spanish colony in Mexico. Miguel Hidalgo gave the famous grito and rang the church bells urging the people to join him in the fight. It was a call that would change history for Spain and for the Americas. 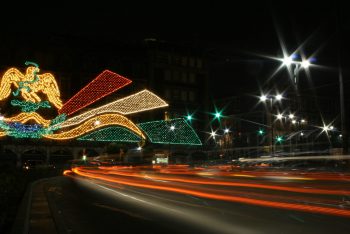 Photo taken by Esparta Palma found on Flickr.com with license CC BY 2.0

The call for independence

Mexico’s independence began in a similar fashion to those of other countries. For 300 years, the Spanish had controlled a good portion of the Americas and money had to be sent back to Spain. Those who had money, mostly Spaniards, lived in incredible wealth while the rest lived in extreme poverty. Land ownership and control of water caused tensions among the people with the poor always coming out last. There was also a type of caste system in place where pure Europeans were higher up than the rest. Spain was also putting a lot of stress on its people by demanding more money. The gold and silver that was being mined in Nueva España was not enough to support the Spanish empire and it was close to collapse.

In addition to money woes, the recent French Revolution and the U.S. independence from Britain had shaken things up. While the Spanish government in the Americas tried to establish order, a group of people called the Conspiración de Querétaro or the Conspiracy of Querétaro was organizing the people for a new order. In the early hours of September 16, las campanas de la iglesia or the church bells started ringing and the people of the town of Dolores quickly went to see what was happening. At that moment, Don Miguel Hidalgo y Costilla addressed the people asking them to take arms. While the exact words are unknown, the idea was this:

The following video is of a historical soap opera from 1996 called La Antorcha Encendida that told the story of Mexico’s independence from Spain. This excerpt focuses on the Grito of Dolores.

The war lasted from 1810 to 1821 with four distinct phases and leaders for each phase. The first one was led mostly by Miguel Hidalgo y Costilla who was a priest. His men marched and fought with little military training and with the image of the Virgen de Guadalupe by their side. Hidalgo was not a military leader and this was visible in the organization of his men. They fought hard, but they were not trained and there was no strict regimen. Nonetheless, they were very successful and had several key victories up until Hidalgo was captured and executed.

The second phase was led by José María Morelos who was already fighting in the southern state of Oaxaca. Morelos was a good and strong leader and was recognized by his soldiers. Once the official declaration of independence was signed by the first independent Mexican congress, Morelos was elected as the head of the executive branch. Morelos continued leading his men until he was captured and executed by the Spanish military.

During phase three, the fighting between the military and the guerrillas continued with Vicente Guerrero as the leader of the insurgentes. During phase four, the leader of the military, Agustín de Iturbide, made a deal with Vicente Guerrero where both would join forces and continue fighting for independence. Shortly after, they signed the Plan de Iguala or the Iguala treaty officially declaring the Americas independent from Spain. Although fighting continued, things calmed down and order was eventually restored. Spain tried to regain control of Mexico a few times, but it was unsuccessful. With some trouble along the way, the newly independent country of Mexico began to take shape.

It is estimated that more than one million people died during the 11 years of fighting; this represented about a sixth of the population.

Life after the war was not easy. There was extreme poverty, violence, lack of infrastructure, high external debt and many leaders such as Iturbide and Santa Anna who tried to stay in power indefinitely. Two subsequent periods in the history of Mexico called La Reforma (1854-1876) and La Revolución (1910-1917) continued the work of the insurgentes. 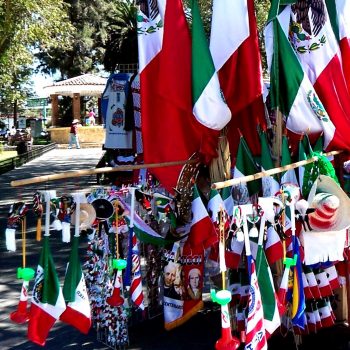 Photo taken by Gabriel found on Flickr.com with license CC BY 2.0

The independence celebrations are very important in Mexico. Throughout the country, government buildings are decorated with the colors of the flag and the official seal. One of my favorite things to see are the bicycle carts that sell flags of all sizes. Throughout the world, embassies and consulates also host parties inviting all Mexican nationals living abroad to celebrate together. At the stroke of midnight, mayors, governors and, in Mexico City, the President re-enact the grito de Dolores that Hidalgo once gave. In Mexico City, this takes place at the main square called Zocalo and the president gives the grito from the balcony of Palacion Nacional.  While the exact words are not known, most presidents say “long live…” with the name of some of the  leaders of the independence such as:

Many families get together to eat, drink and celebrate. Many join their town’s celebrations by going to the main squares or they watch the televised grito given by the president. The video below shows last year’s grito given by former president Enrique Peña Nieto at the Palacio Nacional in Mexico City.

Have you ever celebrated Mexico’s Independence? How is it different from the celebrations in your country?