Most Read Newspapers in Spanish (Part I) Posted by Anais on Nov 25, 2019 in Uncategorized

From its beginning, the press has represented a driving force for countries all around the world, no matter in which way they inform or entertain their public.

Be it in print or online, newspapers have the power to raise awareness concerning issues that affect several or all social groups. To do so, journalists and publishers have to be closely familiar to their target public’s way of speaking.

That is the reason why becoming a regular newspaper reader would allow any student of a language to know much more of it—vocabulary and syntax in particular—while at the same time getting to know better about local customs and current affairs of specific cultures, from politics to sports, from finances to show business.

So, which newspapers are to be regularly checked in order to be well informed in Spanish? Here is the first part of a short list with the most recognizable Spanish and Latin American newspapers. 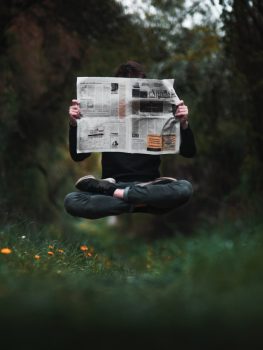 Photo by Julius Drost on Unsplash