Practicing “ch” with Mexican Slang Posted by Karoly Molina on Jul 11, 2019 in Uncategorized

The sound “ch” is not always easy. While there are some equivalents like the “sh” in English, the sound of “ch” is a bit stronger, less of a long shhhhhhhh and more of a short ch. If this sound is not your forte, this post will use a song by an iconic Mexican band to help you practice and learn some Mexico City slang. 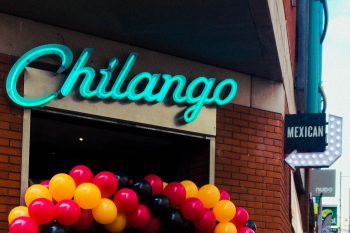 Café Tacvba is one of the most iconic bands in Mexico and were quite big in the 1990s. If you have been to Mexico City, you might have visited the Café de Tacuba in the city center. The band took the name from this delicious place which was founded in the early 1900s.

What began as a local band playing around Mexico City, turned out to be a success. The first single of Café Tacvba was released in 1990 and their first CD in 1992. Their music has always mixed different styles of music that are popular in Mexico creating a very unique yet very familiar sound. The song below is from their early days called La Ingrata or the ungrateful (in femenine). You can hear the influence of the norteña music. The song is about a bad girlfriend that doesn’t appreciate his love and he is asking her to stay away if she is going to hurt him.

The song I would like to focus on is called Chilanga Banda. A native of Mexico City is called a chilango so the title translates to  the Mexico City Band. The full lyrics of the song cover the “ch” sound with most of them being slang words, mostly from Mexico City with a distinct intonation of certain neighbourhoods in Mexico City. The song begins with the following and a rough translation below:

Later on the song says the following:

There are a few words that are commonly used in Mexico that I want to highlight. One of them is chale which is something like “oh shit” It is usually used when something bad has happened and you want to express your dislike for it. If, say, you failed an exam, you could say “chale, reprobe el examen de inglés!”

Another commonly used word is chamba which is slang for work. It could be a formal job or a side job. If you agree to meet with someone for drinks after work, you can say te veo despues de la chamba para chupar unas chelas. This brings me to another word which is chupar. It literally means to lick, but in certain contexts, it is used to mean going out for drinks. Vamos a chupar!  The universally liked beer also gets it’s own slang word which is chela (the formal word being cerveza). Continuing with the theme of having fun, if you are going out to to a party, you call that a pachanga (fiesta).

The song ends with the text “chin chin si me la recuerdan.” While in some countries this is used for a toast, in Mexico its more like damning someone one, in this case if they remind him. Below is the full song.

Do you find the “ch” sound easy or hard? Feel free to add to more slang words in the comments below or also to ask what one means!