Popular wisdom usually takes the form of a proverb. All languages have them, and sometimes proverbs combine knowledge on a topic, with puns and rhythm. In Spain, there is a tradition of proverbs that go back to the epic poem Mio Cid.

Let’s start with a proverb we use in English, “Spain is different“, coined by Franco’s minister of Industry during the dictatorship (1939-1975). People still use it when they try to explain what’s wrong with the country. In this link you have a list of slogans used by Spanish Tourist Agencies since the 1930s. 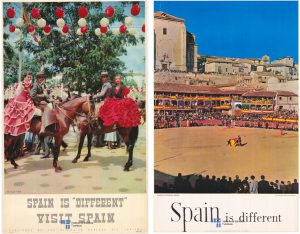 To this self-satisfied version of themselves, we can oppose “África empieza en los Pirineos“, which basically means Spain is not in Europe (and,therefore, does not follow European standards, does not have European wages or employment rates, nor European work ethics or even timetables).

For people who succeed outside their country, we we have another proverb: “Nadie es profeta en su tierra“, which has biblical origins and exists in almost all European languages.

These two are my best friend’s favourites: “Al que madruga, Dios le ayuda“. As you may know, madrugar means to get up early in the morning. The first proverb implies that doing so is rewarded by God, which could also be a metaphor for “trying to think ahead and being innovative can lead to success in plans and projects”. 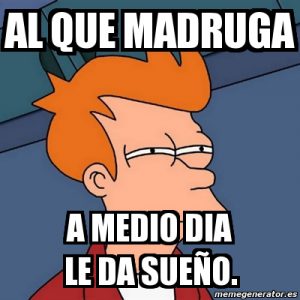 There is a large list of synonyms for this proverb, meaning more or less the same:

On the contrary, “No por mucho madrugar se amanece más temprano” implies that it doesn’t matter if you get up the earliest: dawn will still take place at the same time, nature follows its own course. This proverb is less popular than the previous one, and certainly has less synonyms, but I find it more suggestive and intriguing.

Do you know any other proverbs in Spanish? They are a good resource to learn the language!

About the Author: Paula

Born in Buenos Aires, living in Barcelona, I mostly write about cultural topics in Spanish from Spain and Latin America.