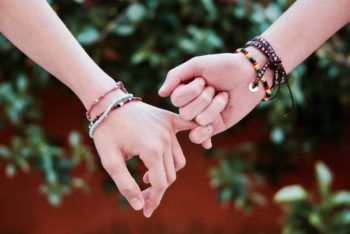 Welcome to the third and last part of my blog about suffixes in Spanish and English, where we will be finishing our linguistic tour by exploring five more of the most common suffixes in both languages.

Usage: This suffix is used to change adjectives into nouns to describe something carrying the qualities or properties of the modified adjective. In Spanish, this affix may take the forms -edad, -idad or –bilidad, in the same way –ity may become –icity, –ability or –osity in English. Words showing this suffix may come from Antiquity or be created in more recent times.

Usage: One of the most common suffixes in both languages, it usually changes verbs into nouns meaning either the action or the result of the modified verb. A good portion of words created with this affix come from Latin, though it may be used to produce some more nouns taking the form –ation in English or –ación, -ición, -sión or even another suffix entirely in Spanish.

Usage: A suffix meaning “resembling” or “in the form of” the modified noun turned into an adjective. It appears often in specialized jargon or technical terminology. It could even add a diminishing quality when modifying another adjective, in the same way the prefixes “cuasi-“/”quasi-“ and “para-“ work.

Usage: This suffix usually changes nouns into adjectives, or maintains the word class of the modified word remaining an adjective. In every case, it means “approximately”, “similar to”, “somewhat like”.

There are numerous contexts in which its Spanish counterpart may take an entirely new form apart from “-izo/a”, like “-sco” or even a totally different grammar structure: “I will be there at tennish” (“estaré allí como a las diez”) or “you are having a childish attitude” (“tienes una actitud infantil”).

In Spanish, this suffix is also used at the end of past participles to indicate a tendency to act, cause or receive the action of the modified verb, like “olvidadizo/a” (“forgetful”) from “olvidar”, or “resbaladizo/a” (“slippery”) from “resbalar”.

Usage: This particle usually changes verbs into nouns and adjectives referring to any kind of agent—generally a human being—that is prone to act according to or have the tendency to do the verbal action. It forms what is called the active participle, very similar to present participles in English when used as nouns. In Spanish, it may become –ante, -ente or –iente according to the verb ending to which it would be fixed. In English, it may have evolved into –ent.

Thank you very much for being part of this linguistic stroll through the world of prefixes and suffixes. And remember to practice every day for you to become a fluent Spanish speaker!