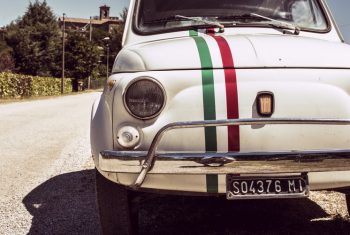 Italianismos or Italianisms are words borrowed from Italian language. Thanks to the geographic proximity and historical exchanges between Italy and the Iberian Peninsula, Spanish became rich in Italian loanwords. Most of them are related to the arts, be it architecture, music, gastronomy, literature or theatre, and its influence has been notorious.

In this blog you will learn some of these words, that go beyond pizza and pasta. Make sure to include them in your vocabulary from now on.

A capela: It comes from the Italian “a capella” (in the manner of the chapel; referring to the way Gregorian chants were sung). Nowadays, it means singing a song without using any musical instrument.

Acuarela: From “acquerèllo”, it means watercolor.

Alerta: It derives from “all’erta” and means alert.

Balcón: From “balcone” in Italian, it means balcony.

Birra: It is the Italian work for “beer”. In most Spanish speaking countries, it is an informal way to say cerveza.

Capo: Italian word for “boss”. It is used as a synonym for “jefe”.

Capricho: Adopted from “capriccio” in Italian, it means whim.

Caricatura: This word comes from the same Italian word and means “caricature”.

Casino: Italian word for “casa pequeña de campo” (countryside little house). The fact that the fist gambling facility was named “Casino dei Nobili” made the word “casino” a synonym of these types of facilities. It is worth noting that in Italian it is used a synonym of “mess”, but this is not the case in Spanish.

Charlatán: Adopted from “ciarlatano”, it refers to a person who deceives in order to make money.

Escalinata: Derives from “scalinata”. It is a wide staircase or stairway.

Estropear: It comes from “stroppiare” (to ruin, to break, or to damage).

Festejar: From Italian “festeggiare”, it means to celebrate.

Fiasco: From Italian “fiasco”, meaning “bottle”, it is used to describe a bad, unpleasant situation.

Gaceta: Adopted from “gazzetta”, Italian word for “gazette” or “newspaper”.

Jacuzzi: Comes from the Italian surname and later product brand “Iacuzzi”, it is used as a common name for the automated hot tub.

Laburo: It comes from “lavoro” (work, job). It is specially used in Argentina and Uruguay instead of “empleo, trabajo”.

Paparazzi: From the proper name Paparazzo, a character from the Italian film La dolce vita, today used as a name for photographers specialized in candid pictures of celebrities.

Don’t forget that I’ll be sharing more loanwords in my next post!