The Ancient City of Teotihuacan Posted by sasha on May 10, 2017 in Uncategorized

When traveling in Mexico City, a day-trip out to the ancient city of Teotihuacán is a must. Also known as the Birthplace of the Gods, it was once one of the biggest cities in the world, extending its influence across the region and beyond. It’s also the most visited ancient site in all of Mexico, gaining UNESCO status in 1987. Let’s learn a bit about Teotihuacan and how to plan a trip there. 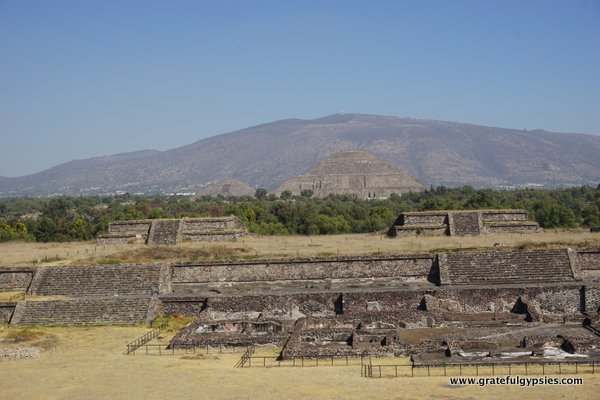 It’s believed that the city was founded around 200-150 BCE and reached its peak around the 4th century CE. At its height, it’s estimated to have had a population of anywhere from 150,000-200,000 people. The city prospered thanks to its location near valuable obsidian deposits. An irrigation system also assured the city a steady supply of water, which led to the cultivation of many crops. It was a very well built and designed city, divided into separate compounds somewhat akin to modern-day apartment buildings. There’s also evidence of textile and crafts production, which were used and traded throughout Mesoamerica. 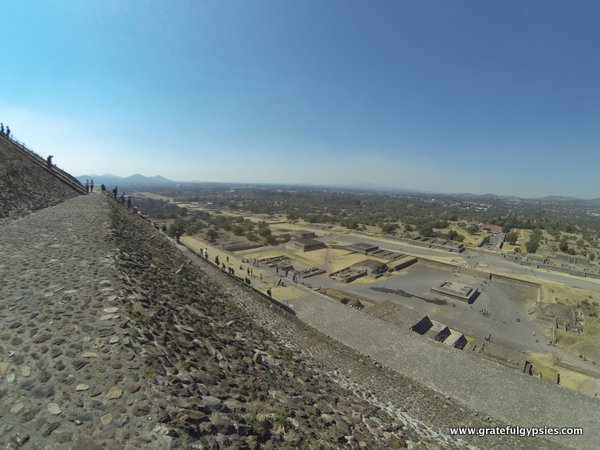 Looking out at Teotihuacan.

The good times wouldn’t last, as the city was deliberately destroyed by fire sometime around the 6th century. Some believe it was invaders, while others consider an internal uprising a possibility. This is because many of the structures that show sign of burning were used specifically by the ruling class. Perhaps this was brought on by the dire consequences of drought and famine. Some continued to live there, but it was all but abandoned when the Aztecs found it. They named it Teotihuacan – the Place of Gods – as they believed it was the place where the sun and moon were created. 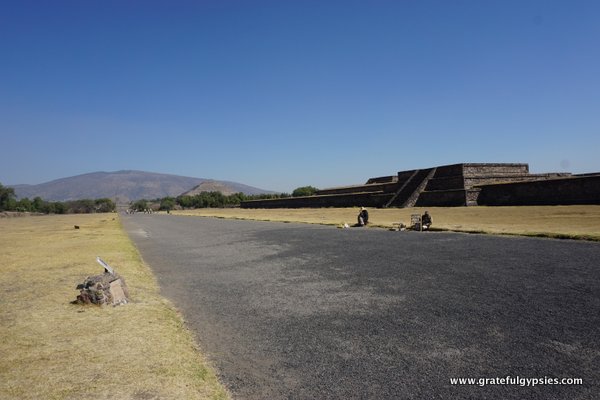 Running through the city is the Calzada de Los Muertos (Avenue of the Dead). The original city is believed to have covered around 20 square km, but most of what you can see today lies on a 2-km stretch of this main road. 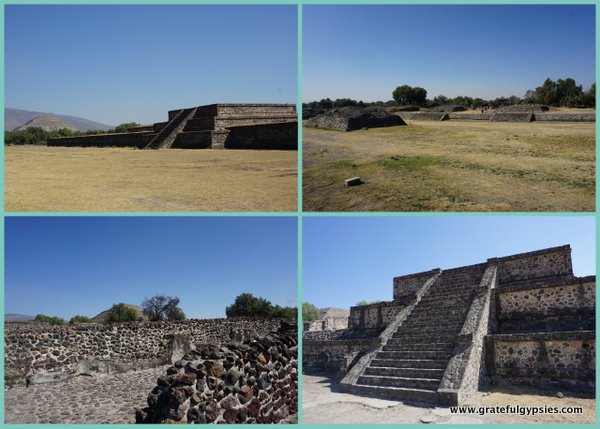 Walking along the Avenue of the Dead.

Along the avenue, you can see quite a few smaller platforms. While the Aztecs believed these were tombs, these days it’s thought they were ceremonial platforms with temples on top. 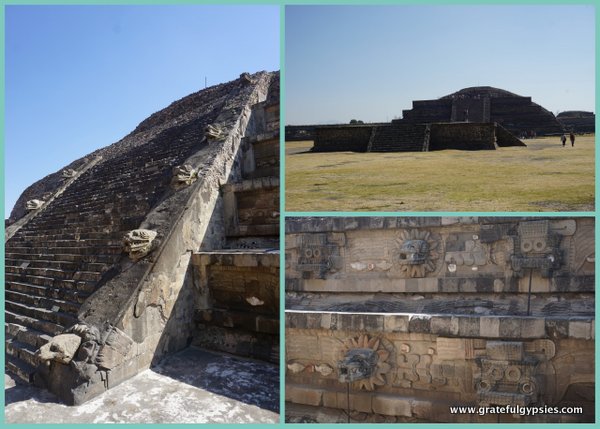 Temple of the Feathered Serpent

In the area known as La Ciudadela (The Citadel), you’ll find the Temple of the Feathered Serpent. On the structure, you’ll see alternating heads of Quetzalcoatl (the Serpent God) and Tlaloc (God of Rain). Once upon a time, they were painted in bright colors. Discovered near this pyramid were the burials of around 200 people. As many were buried with their hands tied behind their backs, it’s believed to have been a mass sacrifice. 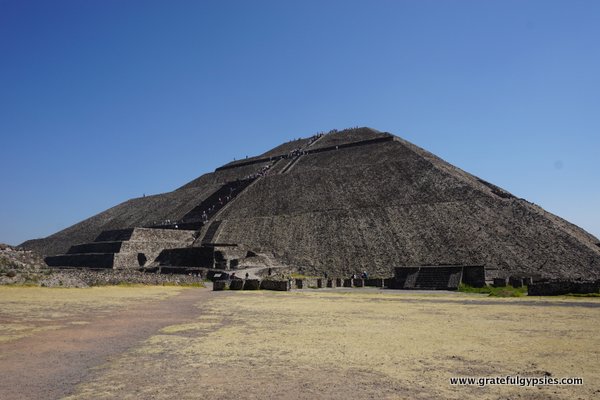 Towering at around 65 meters, the Pyramid of the Sun is one of the tallest structures built in the pre-Columbian New World. It was once even taller – a temple once crowned the pyramid but has long since vanished. It once had a facing of lime plaster and was covered in murals and motifs. Inside the pyramid is a tunnel that leads to a small chamber. Sadly it was looted long ago, but it’s thought to have been a burial chamber or shrine. 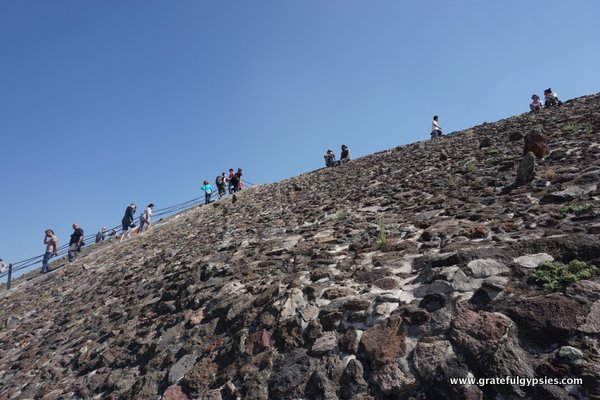 Keep going… it’s worth it!

Enjoy the views from atop the pyramid.

If you’re feeling up for it, you can climb the stairs to the top of the pyramid. It’s a bit rough in the hot Mexican sun, but you’re rewarded with a panoramic view of the site. 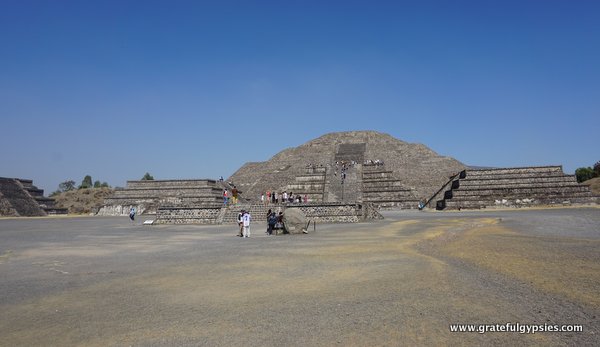 At the northern end of the avenue, you’ll find the Pyramid of the Moon. It was the first large building in the city, the result of building a new pyramid atop an old one several times. The present exterior covers six smaller versions – like a Russian doll in architectural form. It was dedicated to The Great Goddess – ruler of water, earth, fertility and creation. This was likely used for rituals that could be seen by those on the ground. 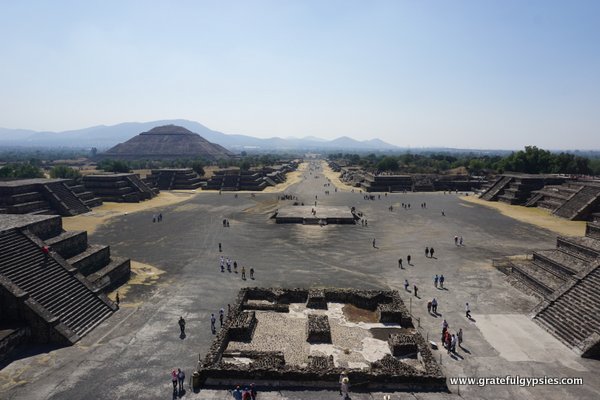 View from the Pyramid of the Moon.

You’ve already climbed the Pyramid of the Sun, so you might as well go for this one, too. Thanks to its location at the end of the site, it provides a fantastic view looking back. 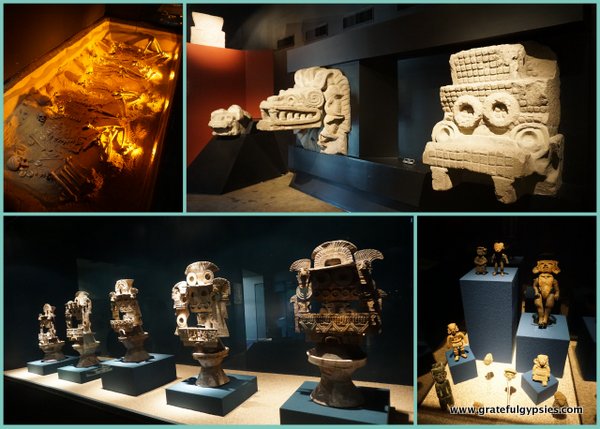 Before you go, be sure to check out the small museum and garden. Both are included in your entrance ticket to the site. Inside the museum, you’ll find a variety of artifacts, fresco panels, and yes, those are real skeletons. 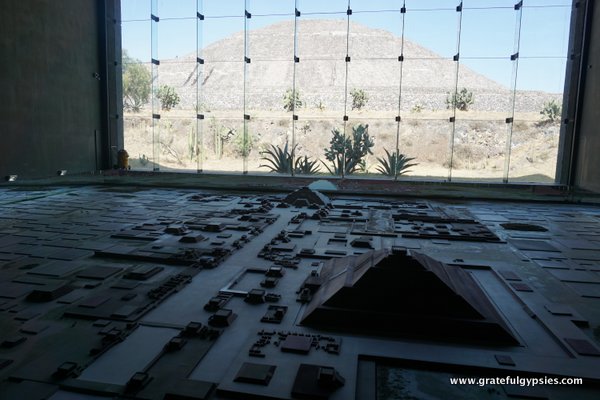 A scale model of the city.

There’s also a miniature model of the entire site, which provides for a great photo opp with the main pyramid seen through the window. 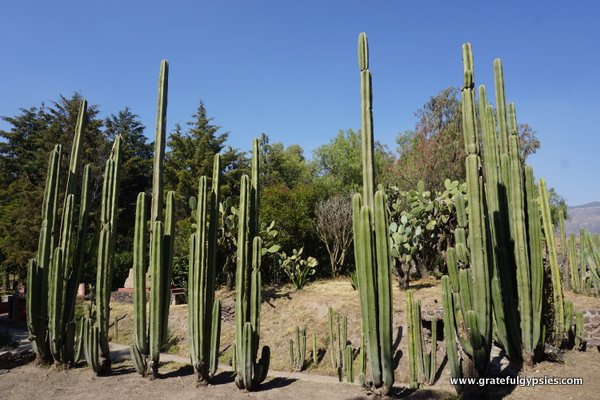 Take a walk in the garden.

On your way out, you can enjoy a short stroll through the botanical garden. 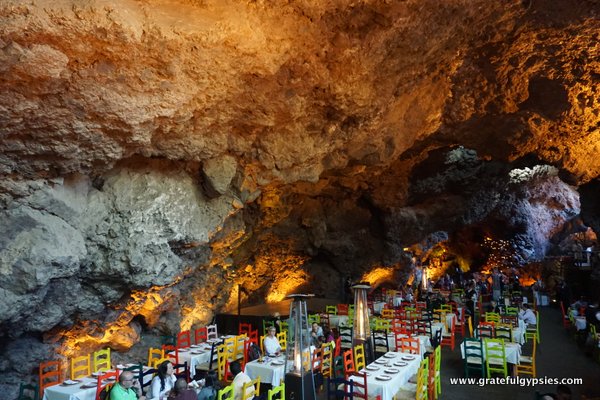 What a cool place to eat!

Not far from the site, you can find this restaurant set inside of a cave. Grab a table and enjoy the natural air-conditioning after a sweaty couple of hours climbing up and down the pyramids. 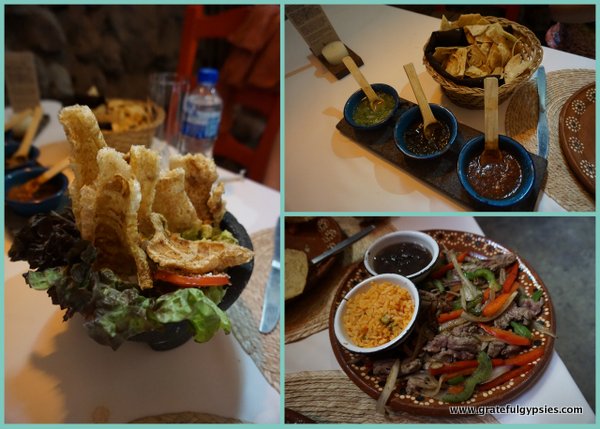 A cold drink, some delicious guacamole, and a plate of fajitas makes for a great end to your visit. 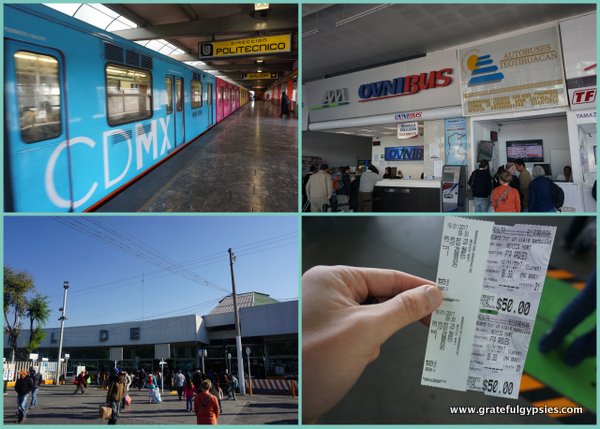 Get yourself out there and save lots of pesos.

There are plenty of travel agencies running tours out to Teotihuacan. If you want to be one of the first visitors to the site, this is your best option. It’s also possible to hire a driver or rent a car. Those on a budget will be happy to hear that it’s quite easy to get yourself out there using public transportation. Just take the subway to Autobuses del Norte (North Bus Station) on Line 5. Near Gate 8, you’ll find a ticket office for buses headed to Teotihuacan. At 50 pesos per person each way, it’s much cheaper than the others.