The Neutral Accent in Spanish… Is it real? Posted by Anais on Jan 27, 2020 in Spanish Vocabulary, Videos 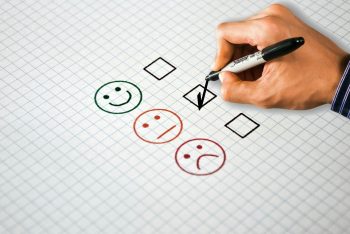 Admit it: You probably have tried to imitate the impeccable accent you have always been hearing on soap operas or TV series coming from the Spanish-speaking world, but you may have noticed it sounds very different from the language spoken elsewhere.

Well, I congratulate you for using your TV as a learning tool—it is indeed very useful. But let me tell you that what you hear on TV is nothing more than el acento neutro (neutral accent).

But what is it exactly? Well, el acento neutro (also known as español internacional) is an artificial construct of spoken Spanish created for the dubbing market in Latin America and based on the elevated Mexican variant. Note that I say “artificial” as chances are you will never hear this accent on the streets.

This language variant is used essentially to avoid any regionalisms that could give away clues of where the movie, series, or documentary you are currently watching was dubbed within the Spanish-speaking world.

The neutral accent’s goal is to “get rid” of any phonetic and semantic features belonging to any particular country, so that it can be understood by all Spanish-speaking audiences at once. The idea behind it is to eliminate the need to adapt every dubbing to a specific market and/or regional variant.

The neutral accent shows two main characteristics: The first one is that every word is pronounced as clearly as possible, without dropping any syllable or changing the sounds of vowels and consonants in the slightest. For example, the letter “s” should never be aspirated—a common trait of spoken Spanish.

It also entails that many regional expressions must be discarded in favor of terms not used in actual spoken Spanish, in order to preserve some uniformity in meaning. Here you can see some of them:

However, how can we be sure that what we are hearing is actually the neutral accent? In the next three videos you will find all the answers:

The first one will teach the way of speaking Spanish in the most neutral way:

The second one will show you how it sounds like when a narrator uses neutral Spanish in a given documentary:

Finally, the third one lets you to compare how different the same person sounds when changing from neutral Spanish to the many existing variants of Spanish: