Tongue Twisters to Practice Spanish Posted by Karoly Molina on Jul 16, 2020 in Uncategorized

Tongue twisters are a great way to practice your pronunciation or pronunciación. These push your tongue or lengua to move in ways it might not be used to thus making certain sounds easier. In this post, I want to cover a few trabalenguas or tongue twisters that can help you improve pronunciation. 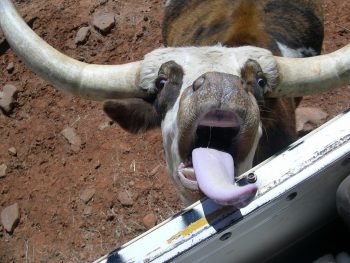 When I think of trabalenguas, I immediately remember a page from one of my elementary school books with two very sad looking tigers. This particular one focuses on the pronunciation of tr + vowel or vocal so tra, tre, tri, etc. It is tricky because it also focuses on the pronunciation of t + vocal and if you say the tongue twister fast enough, you might get them all messed up.

Juan and a tube

This trabalenguas helps differentiate the pronunciation between b and v with two words that are almost the same: tubo y tuvo (from the verb tener).

Mary and her hut

This tongue twister is good for your mind and for your tongue! You can practice really well the ch sound with different vowels: chuchena, choza, techaba, techador. It is also a riddle because it seems the techador walking by was mistaken and wasn’t talking to María but to someone else…right?

If you want to practice these trabalenguas and a few more, check out the video below that has tongue twisters in English and Spanish.

And if you are ready for a challenge, I found the following video with 10 tongue twisters and you have 10 seconds to say each. How many did you get right?