5 Must-See Temples in Bangkok Posted by sasha on Jun 8, 2015 in Uncategorized 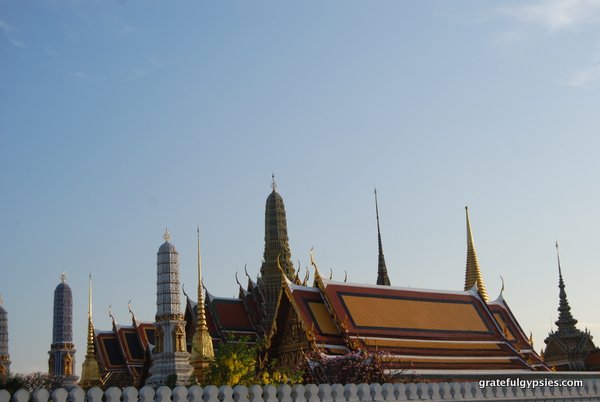 Outside of Wat Phra Kaew

With over 400 temples scattered throughout the city, it’s clear that Buddhism is a vital part of Bangkok and Thailand as a whole. Visitors to the Thai capital will most certainly want to include a few of these glittering wats (วัด – wát) in their trip, but which ones to choose? Here are 5 must-see temples for travelers to Bangkok: 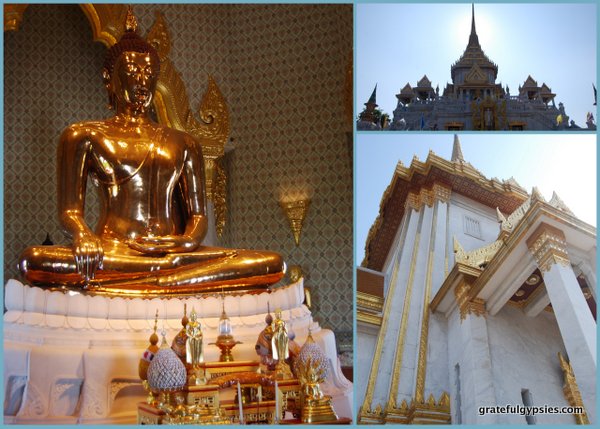 In Bangkok’s Chinatown, you’ll find Wat Traimit, also known as the Temple of the Golden Buddha. The name comes from the massive seated golden Buddha statue, which is actually the largest of its kind in the entire world. Long long ago, the statue was covered in plaster and stucco to hide it from invaders. One day the statue was dropped when people were moving it, causing the plaster to chip and revealing the sparkling gold.

Cost: 10 Baht for the museum; visiting the Golden Buddha is free 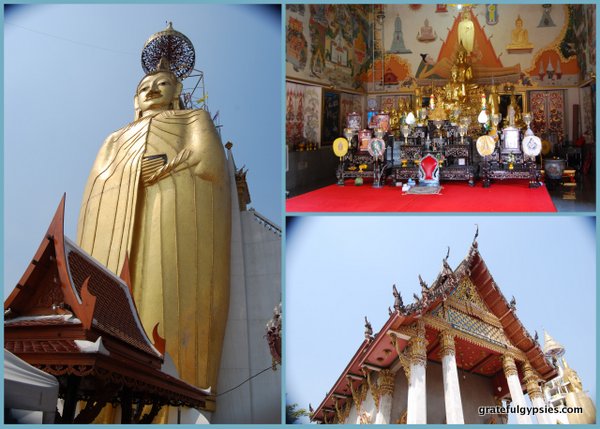 Speaking of massive Buddha statues, you can see another one towering high above this temple. Built at the start of the Ayutthaya period, this Buddha stands at a whopping 32-meters tall. It is said that the statue took 60 years to complete, and it is decorated in glass mosaics and 24-carat gold. There’s not much else to see here, but it’s free and makes for a good photo opp. 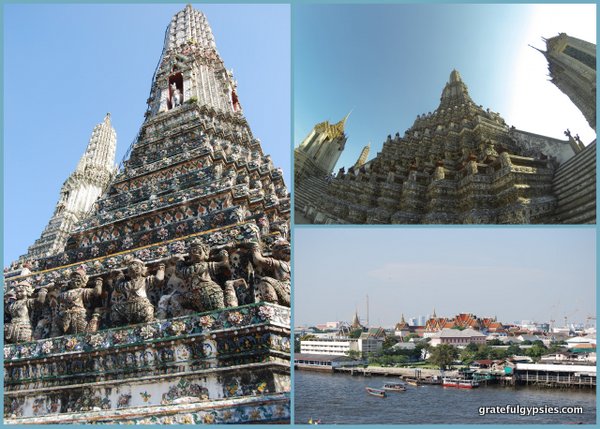 Located on the west bank of the Chao Phraya River, Wat Arun is one of the most unique temples in Bangkok. Named after the Hindu God of Dawn Aruna, this stunning temple is a representation of Mt. Meru, the center of the world according to Buddhist cosmology. Despite its name (Temple of the Dawn), the best views here can actually be found around sunset, when you get to watch the temple light up. Climb to the top to take a closer look and enjoy the views of the river and cityscape. 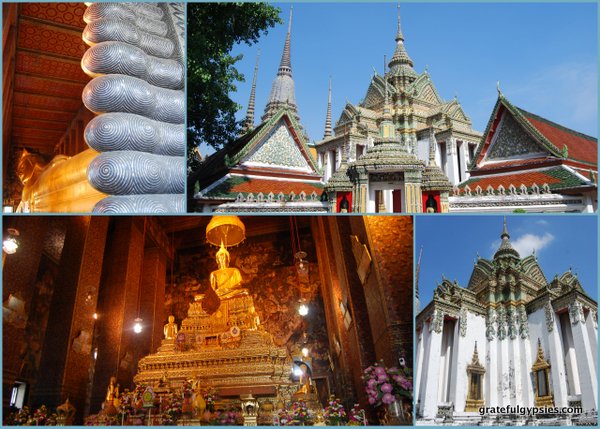 Also known as the Temple of the Reclining Buddha, this is one of the most impressive temple complexes in all of Thailand. Covered in gold leaf, the relaxing Buddha measures in at 64-meters long. This temple is also considered the birthplace of Thai massage, and there’s even a school right on the premises. After spending an hour or so fully exploring the beautiful temple grounds, why not sit down and treat yourself to a little massage? 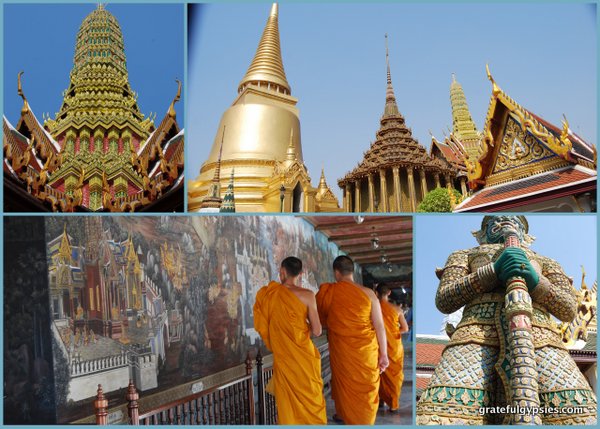 Save the best for last by visiting Wat Phra Kaew after all the others. The Temple of the Emerald Buddha is far and away the most sacred and important temple in the entire country thanks to the cherished relic it contains. The Emerald Buddha, carved from a single jade stone, is said to have been created in India in 43 BC. As the legend goes, it traveled between India, Sri Lanka, Cambodia, Laos, and northern Thailand before finally arriving at Wat Phra Kaew in 1784. It’s an impressive, sprawling complex that’s well worth half a day.

Visit two of these temples and take a river cruise in this short video.

With an early start and the right directions, it’s possible to hit all of these temples in one day. Due to the often intense heat of Bangkok, it’s recommended to get an early start and take a break during the hottest part of the day. Thankfully, it’s quite easy getting between the three biggest temples – Wat Pho, Wat Arun, and Wat Phra Kaew – so you won’t need to waste a whole lot of time in transit. Even if you’re templed out from traveling around SE Asia, visiting these important religious landmarks is an experience not to be missed, especially for first time travelers to Bangkok.