A Guide to the Thai Alphabet Posted by sasha on Jul 12, 2017 in Beginner, Videos

For many learners of Thai, the alphabet is a huge challenge. As a matter of fact, it’s not even an alphabet! Technically, it’s an abugida. In this writing system, each unit is based on a consonant, while the vowel notation is secondary. Here are a few posts and videos that will help you figure out the Thai alphabet… or abugida. Whatever you call it, this is an important step in learning Thai that should not be skipped! 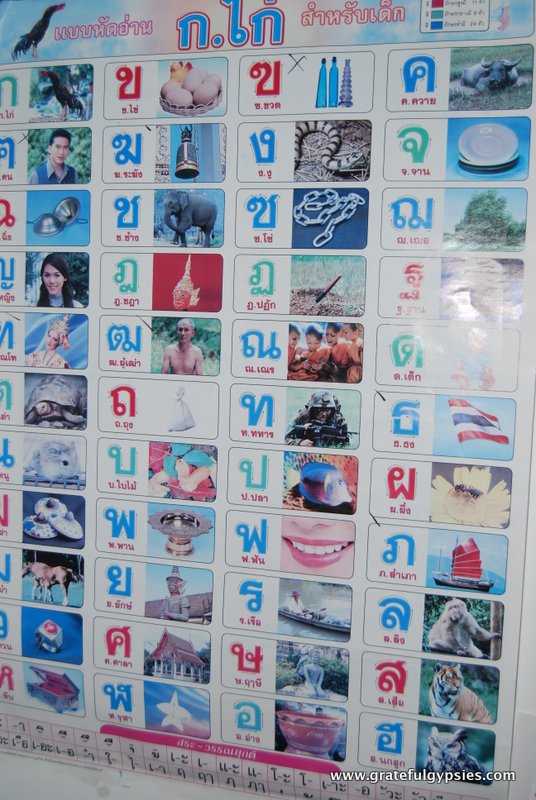 There are 44 consonants in the Thai “alphabet,” and each one is associated with a word that either begins with or uses that consonant. Read more and get a nice chart to help you study, then follow this video that teaches the 44 consonants from a native speaker. The Royal Thai General System for Transcription (RTGS) is used for the Romanization  of the Thai script, but as you may notice this is not the best system. There are a variety of systems in use, so it’s best for you to find one that suits you. Even better, just learn the Thai symbols and learn to associate the sounds with them!

For more detailed reading, check out these posts on the three different types of Thai consonants:

While it may seem rather daunting to learn the Thai alphabet, doing so will give you a huge leg up on your quest to master the language. Study these posts, get yourself a chart, watch the videos a few times, and start trying to use it more often. It’s not easy, but you’ll get the hang of it eventually!