An Introduction to Krabi Posted by sasha on Mar 14, 2016 in Travel

Located in the south of Thailand on the Andaman Sea, the province of Krabi (กระบี่ grà-bèe) has become one of the most popular tourist destinations in Thailand. With crystal clear waters, white sandy beaches, epic limestone karst peaks, and world class scuba diving and rock climbing, it’s no surprise that visitors are flocking here in greater numbers every year. There’s a lot to see and do here and many different places you can stay. Here’s a short introduction to this beautiful corner of Thailand, highlighting some of the main areas you’ll probably be interested in visiting:

While there isn’t much for tourists on offer in the town, chances are you’ll end up here at some point by necessity. The airport is here and most long-distance buses stop here before transferring you to one of the beach towns or islands. Should you end up choosing to spend a night here for logistical reasons, you could take a quick trip out to the Tiger Cave Temple (วัดถ้ำเสือ). Scale all 1,237 steps to the top to admire the large gold Buddha statue and enjoy the panoramic views of Krabi. The name comes from what appear to be tiger paw prints in the stone. 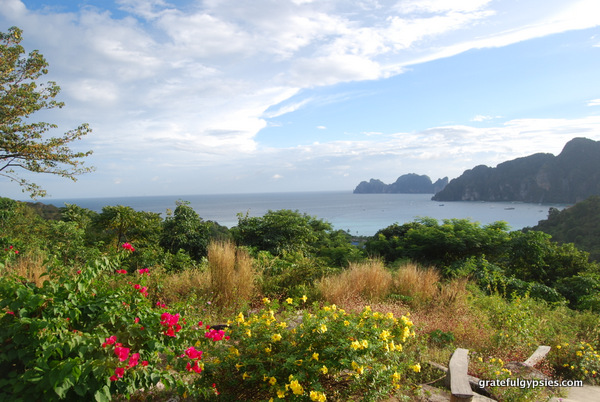 The view from the hill on Ko Phi Phi Don.

A small archipelago of six islands, these have become a top destination in Thailand. This is thanks in large part to their appearance in the 2000 film The Beach, based on the cult classic backpacker novel. Every day, tons of tour boats pull up to Maya Bay where the film was shot. If you don’t want to share the beach with hundreds of people, consider visiting very early or later on in the day. This is located on Ko Phi Phi Leh, smaller of the two main islands and uninhabited save for a few security guards and bird’s nest harvesters.

The largest of the islands, Ko Phi Phi Don, is the only one that is populated, and this is where tourists stay as well. Much of the island was destroyed in a tsunami back in 2004, but redevelopment has been quick – perhaps too quick, according to some. The natural beauty of this island is its top draw, but many worry that this will be destroyed sooner than later if tourist numbers are not capped. Let’s hope that a more sustainable tourism industry can develop here so that people can enjoy these stunning islands for generations to come.

Whereas Phi Phi may be known as somewhat of a party island, Ko Lanta is a much more chilled out place. Days here can be spent lounging on one of the island’s many beaches, snorkeling, scuba diving, kayaking, fishing, or even trekking. The island is also home to a protected mangrove forest, waterfalls, caves, and a national park should you feel like doing some exploring. There are also plenty of options for yoga/meditation, Muay Thai, and even a few cooking classes. For a dose of culture, check out the Old Town, a mixture of Chinese merchants, Thai fishing families, and an ancient Sea Gypsy community. If you’re visiting in March, be sure to take part in the Laanta Lanta Festival there, with food, games, and live music. 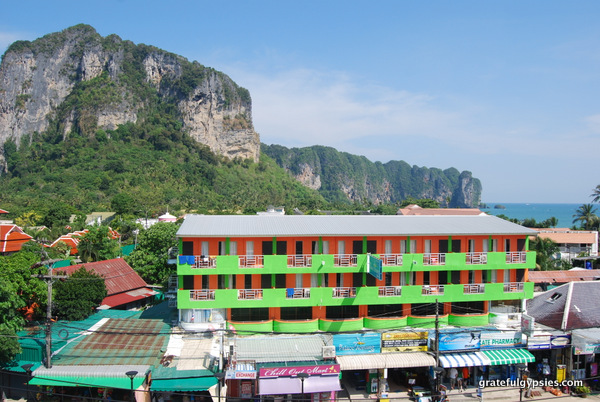 This is the most accessible and most developed beach town in the province, and it’s also where you can catch a long-tail boat to some of the other popular destinations. The beachfront road is full of hotels, shops, restaurants, bars, and travel agents, ensuring you don’t ever have to go far. While the beach here isn’t the best, there are plenty of excellent ones nearby that make for easy day-trips. 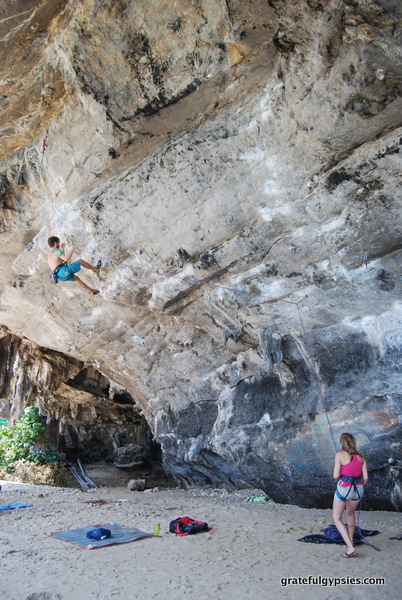 Although it’s located on the mainland, Rai Leh sure feels like an island. As it’s surrounded by the ocean and mountains, it’s only accessible by boat. From Ao Nang, it’s a short 10-15 minute ride over depending on where you’re staying. This area features world-class rock climbing, boasting upwards of 700 bolted routes for all levels. 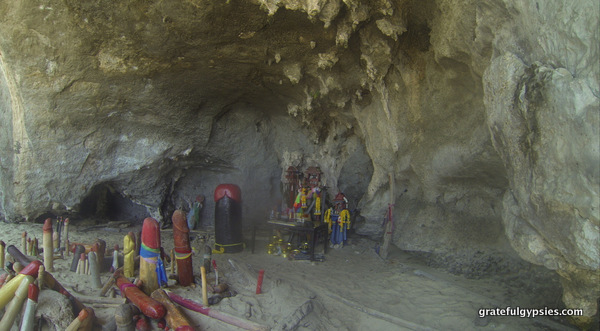 The phallus cave at Rai Leh.

There are four main beaches that make up Rai Leh. Phra Nang Cave Beach (หาดถ้ำพระนาง) features one of the most interesting sights in all of Krabi – a cave that local fishermen believe to be the home of a mythical sea princess. They make offerings to her to bring success and keep them from danger, and the offerings just so happen to be large, colorful, wooden phalluses. The other beaches are Rai Leh East, West, and Ton Sai. 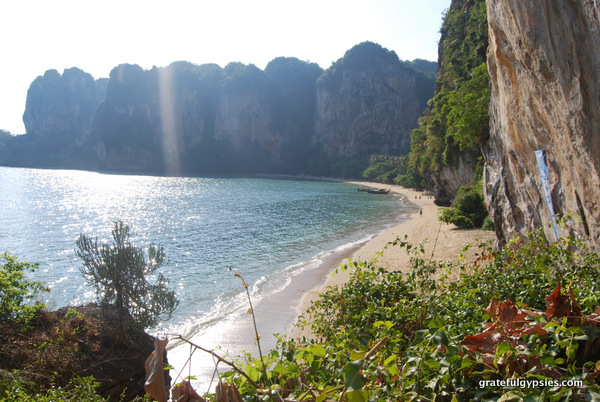 Not a bad view…

We’ll be posting more detailed guides to a few of these places in Krabi over the next few weeks, so subscribe to the blog and our YouTube channel to make sure you don’t miss out!