Thai is an intimidating language to learn, with its tricky alphabet and tones that confuse many a farang who attempt to use them. Never fear, because we’ve put together a “Beginner Thai” video series that will at least get you up to par on the basics of the Thai language. 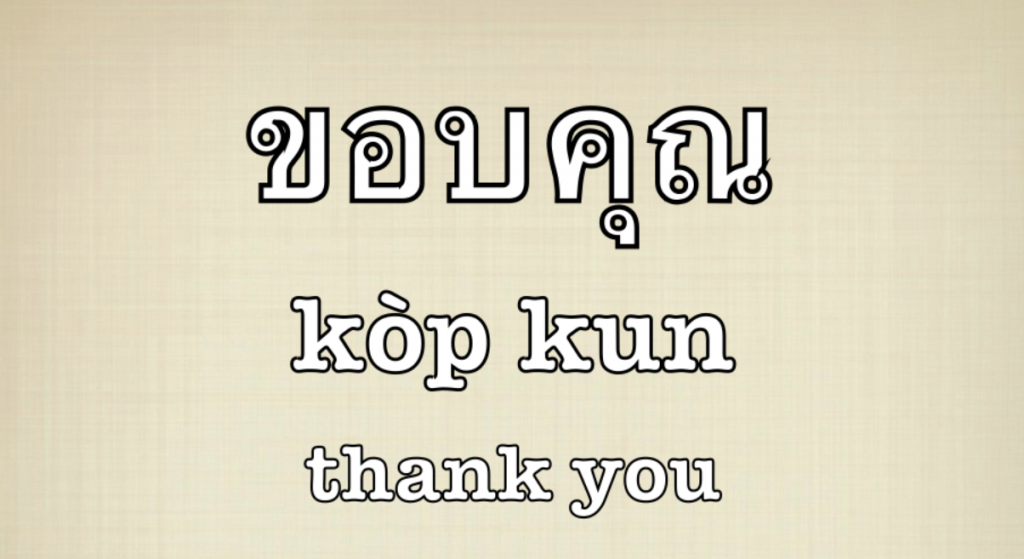 Use Transparent Language to study Thai!

Here are the first five videos in the series, with brief descriptions for each:

Go through the pronunciation of all 44 of the Thai consonants in this short video. Each consonant is associated with a word – that’s the way Thai kids learn them, too – so you’ll also learn a bunch of words in the process.

Once you’ve got the consonant sounds down, it’s time to learn the Thai vowels. They are split between short and long vowels, and you’ll learn them all with help from a native speaking Thai teacher in this video.

As mentioned above, the Thai tones can be quite difficult, especially for speakers of non-tonal languages. There are five tones in all in Thai, and this video gives you a good guide to the sounds of them all, with plenty of examples for you to practice alongside.

If you’ve been to Thailand and listened to people talking, you’ve certainly noticed that men always add the word “krap” and ladies add the word “ka.” These particles show politeness – a very important aspect of Thai culture. Learn how to use them and check out some examples by watching this one.

While a lot of people can speak a decent amount of English in Thailand – the country thrives on its tourism industry, after all – locals love it when you speak to them in their language. Make people smile on your trip to Thailand by greeting them in Thai, which you’ll be able to do through this video.

We’ve got way more resources than that when it comes to learning Thai, but these videos will at least get you going. If you want to get a bit more serious, you can try learning Thai for 7 days for free.