Bangkok Nightlife Posted by sasha on Aug 13, 2015 in Uncategorized

So far, we’ve explored many aspects of Bangkok – the stunning temples, delicious cuisine, and interesting markets. When the sun goes down, there’s another aspect of the Thai capital to love – the city’s epic nightlife. While it may be most famous for the X-rated side, there’s much more to Bangkok at night than just go-go bars and ping pong shows. Whether you’re looking for cocktails with a view, rocking live music, cool expat bars, the madness of Khao San Road, or just a pint of craft beer, it’s all on tap for you with a night out in Bangkok. Let’s take a closer look at the nightlife scene of BKK: 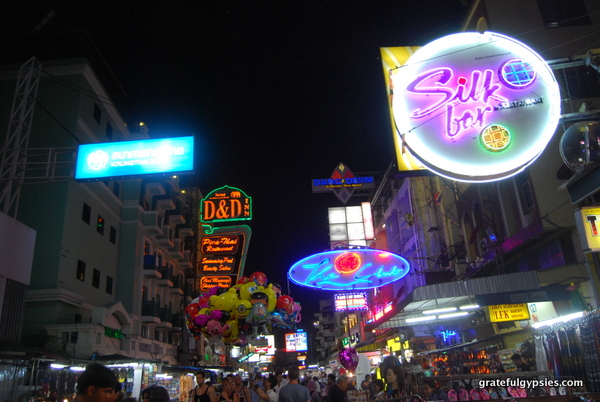 The epicenter of the backpacker scene in Bangkok, Khao San Road is famous for being a rowdy place to party after dark. With countless hostels, restaurants, bars, and clubs, it’s no wonder this place is packed with thirsty travelers just about every night. With so many places competing for your baht, there are plenty of deals to be had here, with great Happy Hours available on a nightly basis. Even if it’s not really your scene, it’s worth it to take at least one stroll up KSR at night, if only to see the madness unfold, drink a cold beer, and grab some cheap snacks. And if you are the kind of person looking to party all night on a budget, you’ve come to the right place. 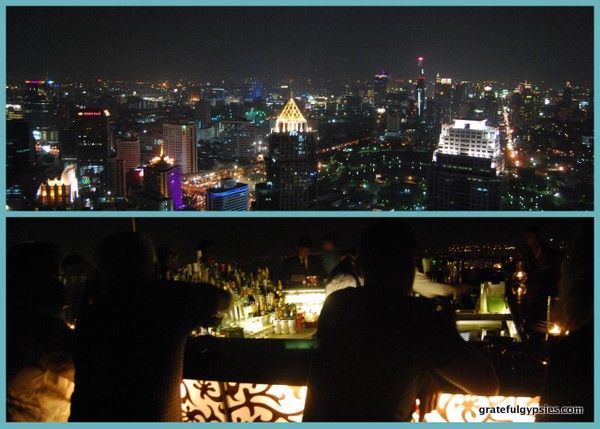 Drinks with a view.

If you’re looking to class it up a bit and skip the backpacker debauchery, head to one of Bangkok’s many rooftop bars for drinks with a view. There are plenty of options across the city, with one of the best being the Moon Bar at Vertigo. Located 61 floors above the city at the Banyan Tree Hotel, this place pours up delicious cocktails that you can enjoy alongside one of the best views of Bangkok. Just be warned that there is a dress code  – no flip flops and Chang beer tank tops here, folks. 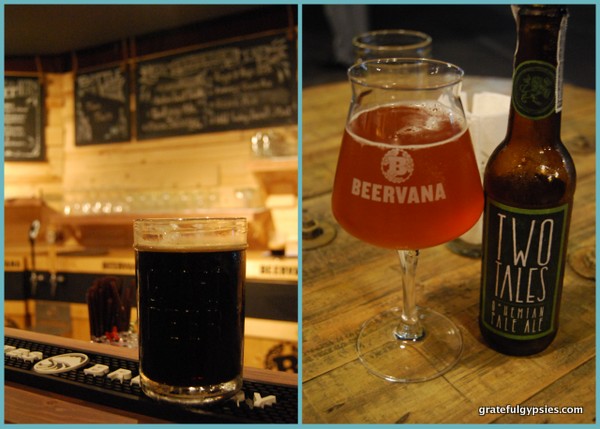 Burned out on watered down beers like Chang and Leo? Never fear, because craft beer has arrived in Bangkok. Thanks to the fine folks at Beervana – a craft beer importer and distributor – your choices for a cold one in the city have greatly increased over the last few years. Despite some of the highest taxes in SE Asia on brewing and importing beer, the people have spoken, and they have demanded beer that tastes like something. Sure, you’ll fork over a bit more baht for a delicious stout on draft, but sometimes you’ve just gotta treat yourself. One of the best places to hit is CRAFT, which was launched as a pop-up and is now a full-fledged beer bar with 20 taps and over 100 bottles. 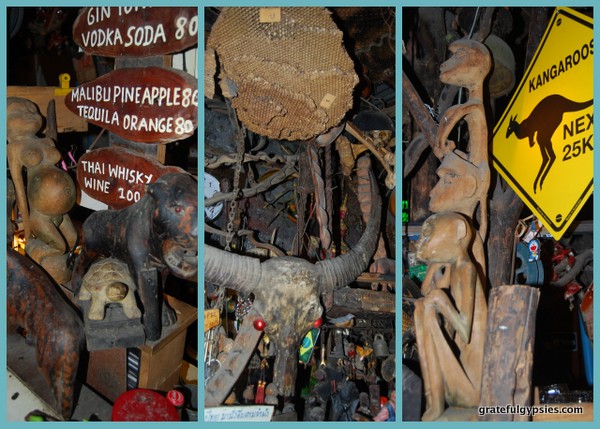 If you’re sick of being surrounded by tourists and touts, why not try out an expat bar? There are tons of people from all over the world living in Bangkok, and there’s no shortage of bars out there catering to the expat crowd. Visiting one of these bars is a good way to get tips on the city that you might not get from your guide book, and it’s a nice change of pace from the more touristy areas. A favorite of many is Cheap Charlie’s, a small bar with quirky decorations set just off the popular Soi 11. This isn’t a late-night place, so get here a bit earlier on for cheap drinks and good conversation to start your night.

Drinking in the Street 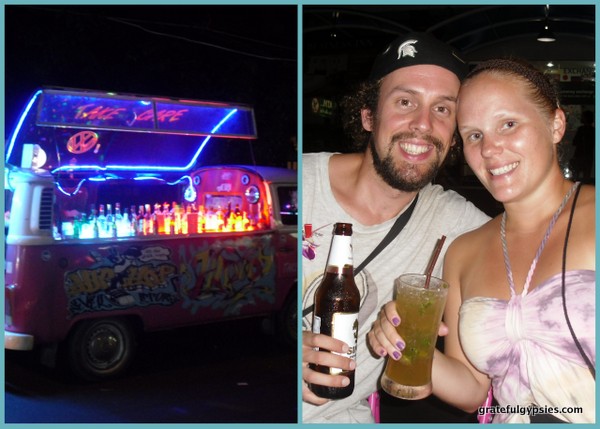 You don’t have to go into a bar to enjoy an adult beverage in Bangkok, as there are quite a few places set up on the side of the street where you can grab a cold beer or even a cocktail. Although they’ve been disappearing as of late, you can still find simple bars set up out of old VW buses if you look hard enough. Not only are these bars cool to look at, but they’re probably the cheapest place you can get a drink in the city outside of 7-11. 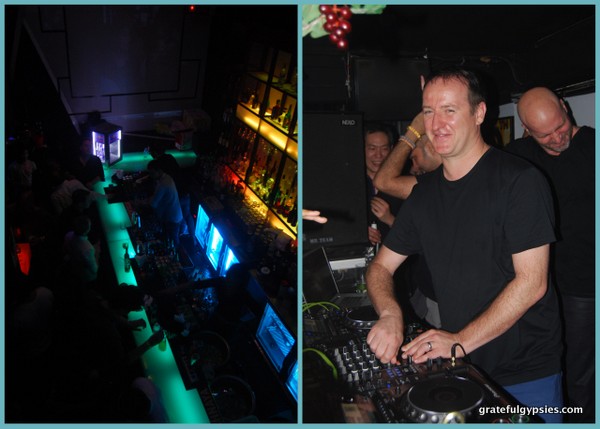 Rock out late night in BKK.

If you’re looking to boogie down, you’ve got lots of options when it comes to live music in Bangkok. From classy jazz bars, to loud rock & roll joints, to late-night dance clubs and everything in between, there’s music just about every night of the week. As a major capital city, Bangkok draws musical acts from all around the world, both big and small. On my last visit to the city, I was surprised to find a hugely popular DJ playing a tiny club on a Wednesday night. That’s just the kind of thing you might stumble into on a night out in Bangkok! 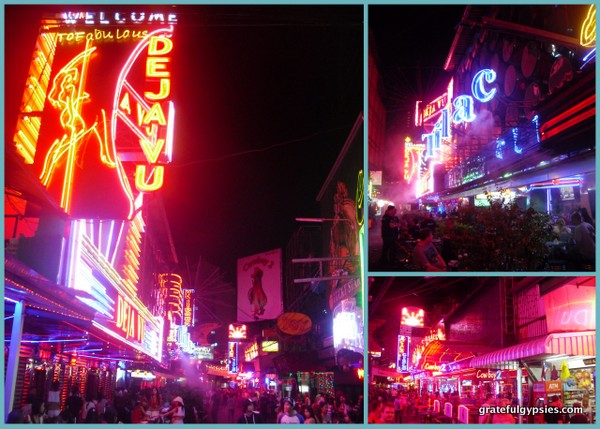 You knew we couldn’t talk about Bangkok’s nightlife without mentioning the infamous go-go bars. Indeed, the X-rated side of the city’s nightlife is what made it notorious worldwide. Full of neon and bikini-clad ladies (and ladyboys, for that matter), these bars are located in a few different districts around the city. The most famous places are Patpong, Nana Plaza, and Soi Cowboy. Things have calmed down a bit since the military took over, but the party is still going strong and these bars still attract a wide variety of people, from curious tourists to “sexpats” looking for some company. 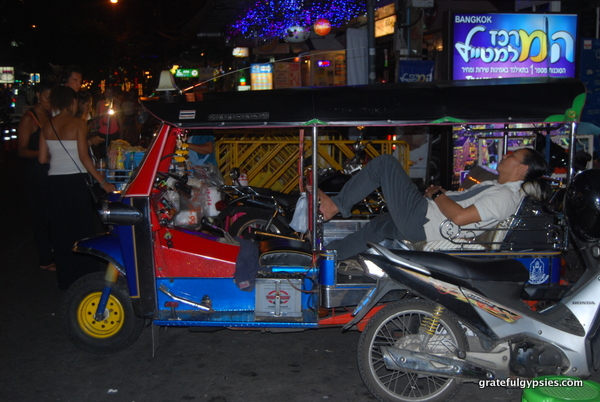 As you can see, there’s a lot going on after dark in Bangkok. After a wild night out on the town, you just might need to catch some z’s wherever possible. Don’t party too hard, though, because you’ve still got to dive into the culture of this great city.