Where do we go when we die? Every religion has an answer to that question.

In Buddhism, one is first reincarnated over and over and over until one achieves nirvana (or deserves hell). Afterwards, one either enters heaven สวรรค์ (sa2waan5) or hell นรก (na4rok4). Details of each are complicated and filled with mythology.

In short, the Buddhist Heaven and Hell description is not so different than that of <a href= http://en.wikipedia.org/wiki/Divine_Comedy>Dante’s Divine Comedy</a>. It’s a complicated system of levels where your specific afterlife punishment/reward is directly determined by the specific evil/good deeds committed during one’s life.

I won’t go over the details, but here is a quick chart listing each afterworld, and the number of levels in each:

Each level has a name and specific details. If you are interested in reading about each, here are links (in Thai):

A fun way to learn about Buddhists’ Hell is to actually go there. It’s not far from Bangkok, only a few hours’ drive away to Bangsaen Beach บางแสน. There, you can see life-sized sculptures depicting all the horrible ways you will get tortured depending on the crimes you commit in life – in graphic detail. Descriptions in both Thai and badly translated English are available. See the below pics.

Afterwards, I highly recommend checking out the beach not far away. Bangsaen is mostly devoid of foreign travelers, as it isn’t as pretty and not nearly as well known as other beaches in Thailand. It specifically caters to Thais, so you’ll get to see them in their uncorrupted natural habitat.  =P

The below pics represent just a small percent of what they have to show . . . much of it isn’t appropriate for uhhhh . . .  children. It’s quite graphic, while the last image is quite tame in comparison. 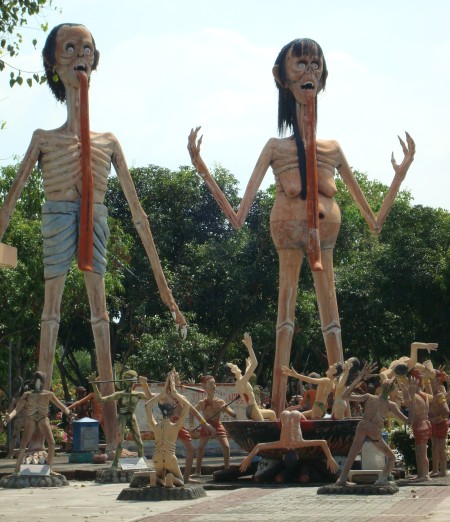 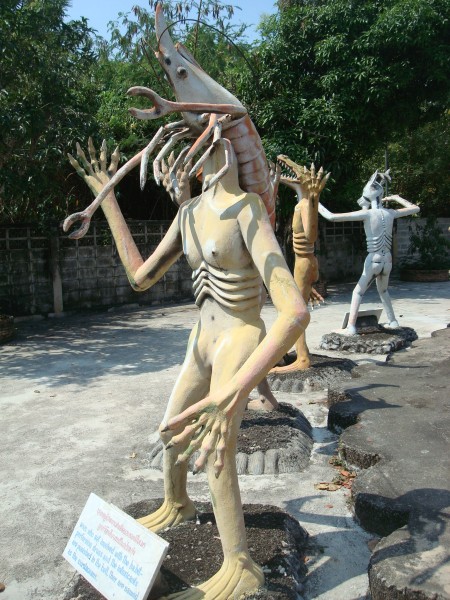 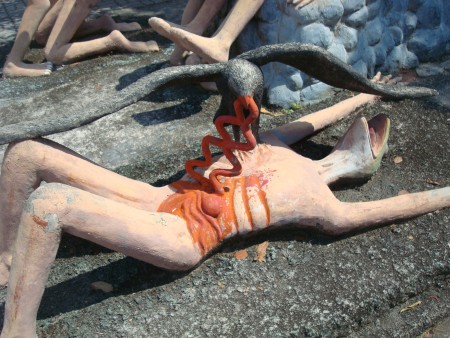