We’ve already introduced quite a few of the Thai islands. Now we’re going to take a closer look at some of the most popular ones, starting with Ko Tao.

An Intro to Ko Tao 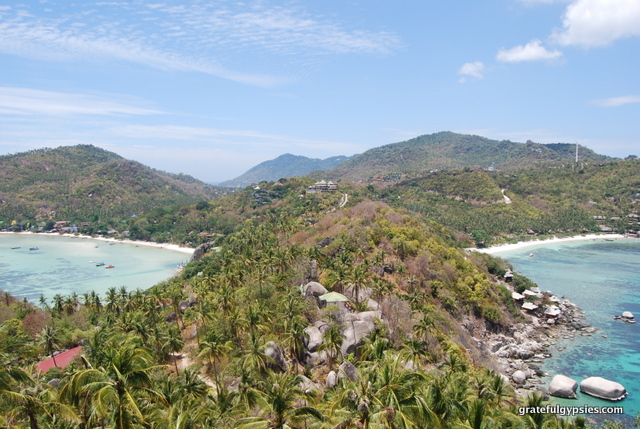 The name Ko Tao means “Turtle Island” in Thai. Although it is a breeding ground for hawksbill and green turtles, that’s not the reason for its name. Early settlers called it this for its turtle-like shape. It doesn’t have such a long history, as it was uninhabited until 1933 when the government began to use it as a prison for political prisoners. This practice was abandoned in 1947 when all the prisoners were given a royal pardon and moved back to the mainland. Twin brothers then claimed a portion of the island for themselves and the population grew from then on. Nowadays the 21-square kilometer island has a population of about 2,500 people.

An Island of Divers 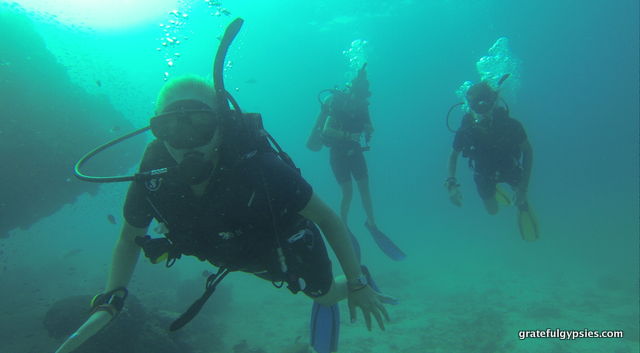 Get scuba certified on Ko Tao.

The main draw of the island is definitely scuba diving. With over 50 dive shops on the island, it churns out some of the highest numbers of diver certificates in the world. The fierce competition keeps the price low for courses as well as fun dives. We did our open water course at Scuba Junction for a few reasons – it’s an SSI school as opposed to PADI (they do not require you to buy the book), they have much smaller class sizes with a max of only four people whereas some of the other schools allow a max of twelve, and they offer a discount on accommodation. A contributing factor to the cheaper prices on Ko Tao is the proximity to the dive sites, most of which are reachable in a 10-minute boat ride. Check out our short video on what it’s like scuba diving in Ko Tao: 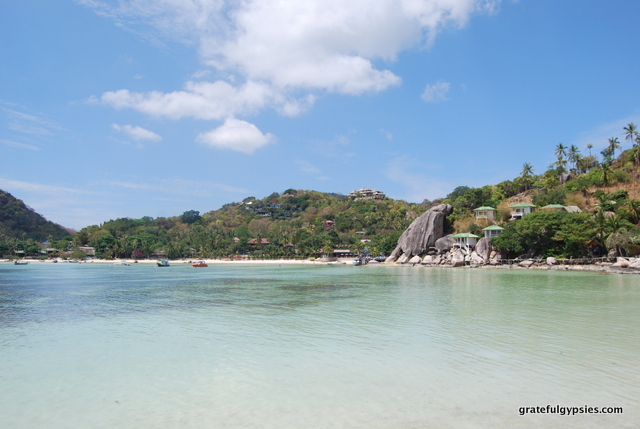 Go out and do some snorkeling.

There are plenty of other activities besides diving. Freediving is also offered on the main beach of Sairee. Because of the numerous kinds of tropical fish swimming around, snorkeling just off the shore will provide incredible views. It’s very easy to rent a mask and snorkel as well as a kayak and take yourself wherever you like.

Rock climbing has become quite popular on the island and many companies offering tours have sprung up in recent years. Other activities for the more adventurous type include abseiling (or rappelling) and wake boarding. For the fitness conscious folks, there are plenty of gyms ranging from your typical establishment with cardio and weight machines to places where you can learn Muay Thai. Yoga studios are also abundant and offer everything from retreats to instructor training to all level classes. 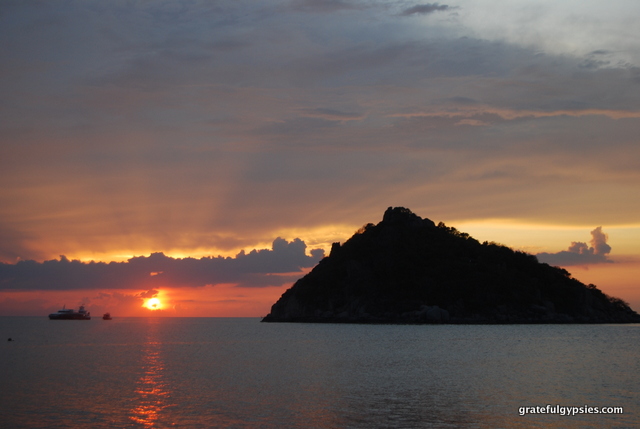 If exercising indoors isn’t what you’re looking for, go for a hike. There are several places on the island and one in particular that will take you to a great view point where you can get a bird’s eye view of the island. If you’re interested in learning how to make some Thai dishes, there are also a few cooking classes. Take a sunset cruise or join an island hopping boat for fun off the island. Rent a mountain bike and cycle around to places not so accessible to motorists. For the aspiring videographers, there are a few places offering underwater videography courses that are tailor made. Whatever you’re into, you can find it on Ko Tao. 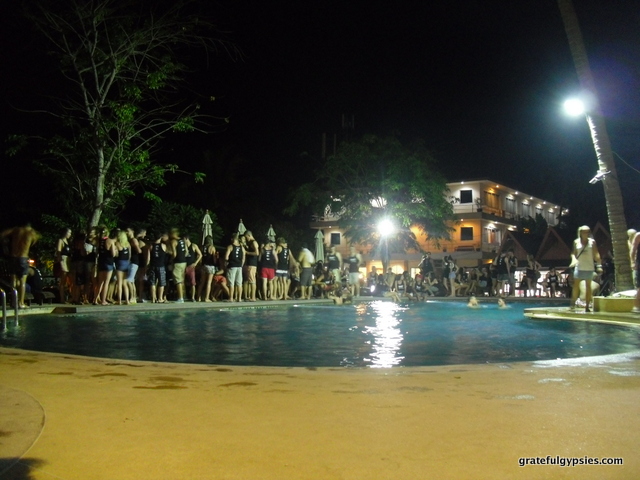 With a steady stream of divers and gap-year backpackers, it should come as no surprise that Ko Tao has also developed quite the party scene. From the tri-weekly pub crawl to fire shows on the beach, you’ll have no trouble finding people to have a drink (or seven) with when the sun goes down.

Stay tuned as we cover the other Thai islands more in depth in the coming weeks, including the wild parties of Ko Pha-Ngan and the undeveloped Ko Tarutao National Park.