Thailand is famous for its glittery temples, stunning beaches, and of course its mouth-watering cuisine. Thai food is popular the world over, and for good reason. Just Google “best cuisines in the world” and you’ll see Thai on most lists alongside other heavy hitters like Chinese and Italian. Perhaps the most quintessential dish is Pad Thai (ผัดไทย pàt tai). Let’s take a closer look at this famous Thai dish, starting with its backstory. 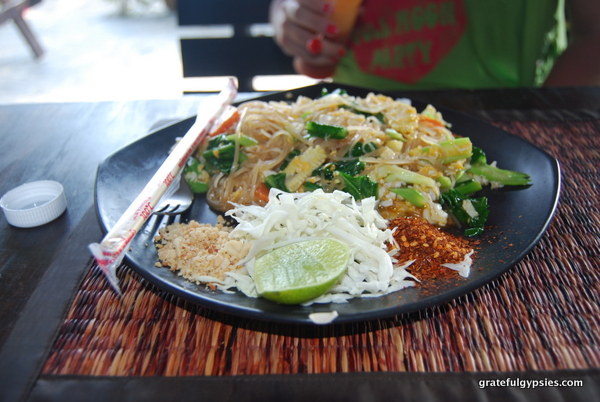 While the origins of Pad Thai aren’t certain, it’s generally believed to have originated from China. The full name, Kuay Teow Pad Thai (ก๋วยเตี๋ยวผัดไทย gŭay-dtĭeow pàt tai) hints at its Chinese origins, as kuay teow means “rice noodles” in Chinese. Even the cooking method – stir-frying – is Chinese. Chances are the idea of a stir-fried noodle dish came to Thailand with Chinese settlers coming from the southwest part of China and fleeing Communist rule.

So the Chinese brought stir-fried noodles to Thailand, but where did this exact style come from? We can credit early Thai PM Plaek Phibunsongkhram (แปลก พิบูลสงคราม) for this famous dish. More commonly referred to simply as Phibun, he immediately sought to make big changes. First of all, he changed the name of the country from Siam to Thailand. In doing so, he also wanted to take the diverse country and create and foster a sense of “Thai-ness” among the population. One way to do this was to create a new, national dish. Some say the recipe came as a result of a competition, while others say it was one of Phibun’s family members who created it. Whoever invented it, ingredients like bean sprouts, onions, peanuts, and eggs were added to differentiate it from the Chinese style of noodles, and the first ever national dish of Thailand was born. These days it can be found all over not only Thailand, but the entire world. 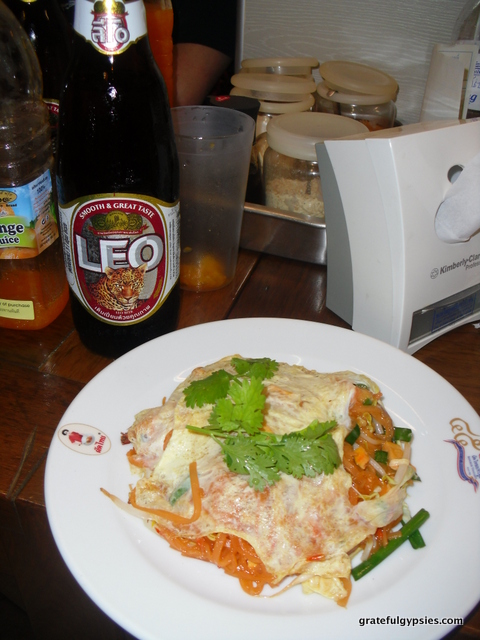 There are plenty of different ways to make a plate of Pad Thai, but these are the basic ingredients:

While you can find Pad Thai on just about every corner in Thailand, some aren’t fortunate enough to be that close to delicious Thai food all the time. Thankfully it’s really not such a hard dish to make yourself. Follow this video from Jamie Oliver and the great Thai chef Poo and you’ll be making it like a pro in no time! Her shirt alone makes the video worth watching – “I cooked with Poo and I liked it.”

For a real challenge, you can try to follow this video with a great recipe in Thai. It shows you how to make a tasty Pad Thai with shrimp and then put it in an omelette.

Now don’t you just want to dig in to a tasty bowl of Pad Thai? Next time you’re eating it in a Thai restaurant, go ahead and impress your friends with the history of this famous dish.