The Ancient Capital of Ayutthaya Posted by sasha on Feb 16, 2017 in Culture, History, Travel

While most come to Thailand to enjoy a tropical vacation on the countless islands or experience the big city of Bangkok, the country is also home to a wealth of historical and cultural sights. Those interested in traveling back in time to ancient Thai kingdoms can do so by visiting some of the many ruins. We’ve already visited Sukhothai, which was capital of the first Kingdom of Siam. Next in line in Thai history was Ayutthaya (อยุธยา a-yút-tá-yaa). The ruins of this former kingdom are easily visited on a day-trip from Bangkok, making them the most accessible for those with time constraints. Let’s learn a bit about the ancient capital of Ayutthaya and the ruins you can visit today. 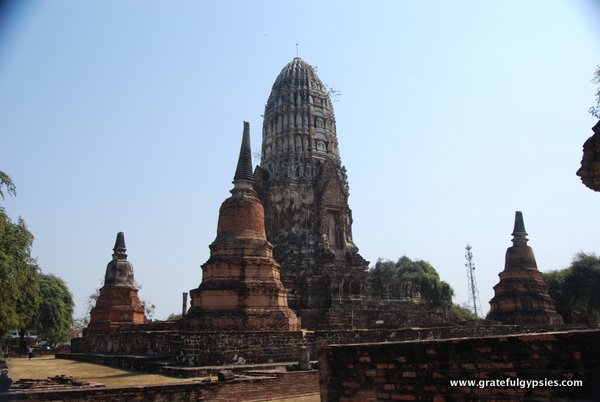 The Ancient Capital of Ayutthaya

As Sukhothai declined, it eventually merged with the new Kingdom of Ayutthaya. Founded in 1350 by King U Thong (อู่ทอง òo tong), it flourished for several centuries and grew to be one of world’s largest urban areas. It was established on an island surrounded by three rivers that connected the city to the sea. There were quite a few strategic reasons for its location. It not only protected against potential invading ships, but also from seasonal floods.

The prime location of Ayutthaya also helped it develop into a major center of diplomacy and trade. Merchants from all over the world set sail for Ayutthaya, making it a place where East met West. Arabs, Chinese, French, Portuguese, and Indians all did business and had small communities in the kingdom, for starters. With the fall of the once mighty Angkor, the Kingdom of Ayutthaya stepped in to fill the void.

Unfortunately, the good times didn’t last. In the mid-18th century, the kingdom found itself at war with the Burmese. They invaded and ransacked the city in 1765. After nearly two years of fighting and resisting, Ayutthaya fell in April 1767. It was nearly burned to the ground, forcing all of the inhabitants to leave. Many of the magnificent temples were destroyed, people were taken as slaves, and the treasures of this great kingdom were looted. In fact, it is believed that the Schwedagon Pagoda in Yangon got much of its gold from this pillaging. The city of Ayutthaya would never be rebuilt in the same location, as the capital was moved down the river first to Thonburi and eventually Bangkok. 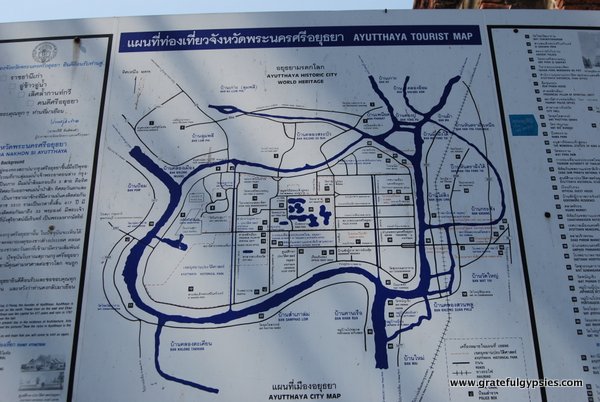 A map of Ayutthaya.

The ruins of this former Thai kingdom were restored in the late 20th century and received UNESCO status in 1991. As is the case with many places in Thailand, the official name is rather long: 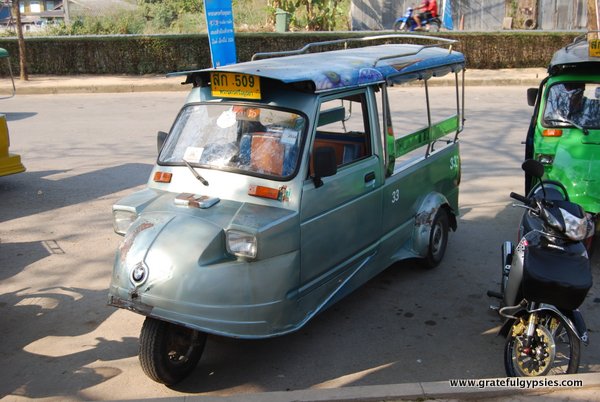 Your guide for the day.

The historic park is located on Ko Muang (เกาะเมือง gòr meuang) – the “Island City.” As the sights are quite spread out, it’s best to have some wheels to properly explore. You can rent a bicycle or a motorbike to do it yourself, or hire a tuk-tuk driver to show you around. Those only making a day trip up from the city should probably do the latter, as you’ll be able to cram more in to the short time you have.

To help you plan out your trip, here’s a brief guide to some of the main sights in Ayutthaya: 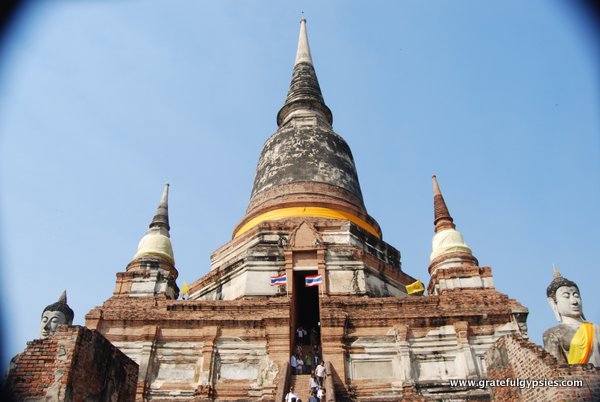 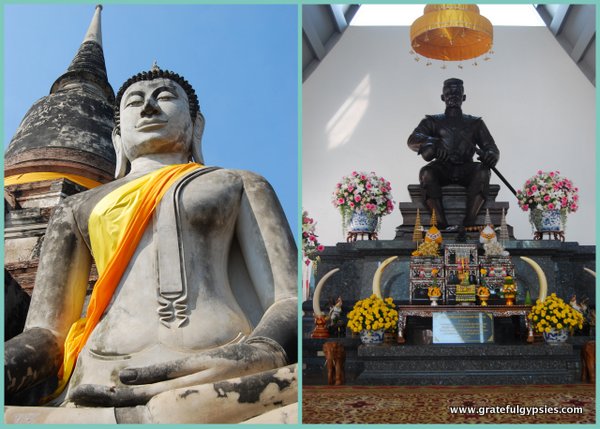 This chedi was built in 1592 by Naresuan the Great to commemorate a victory over the Burmese, but the temple itself has been around since 1357, when it was built by King Ramathibodi for monks returning from pilgrimages to Sri Lanka. 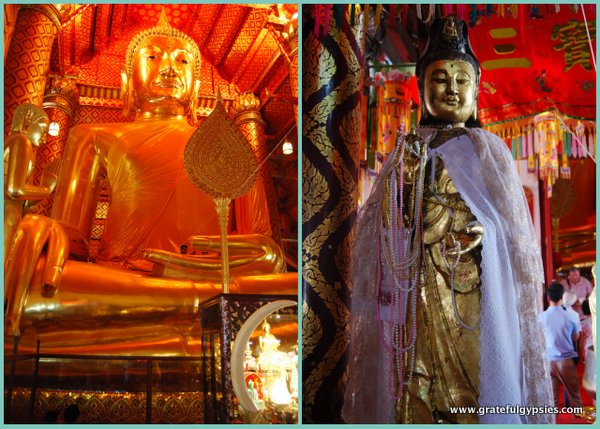 This is one of the oldest temples in Ayutthaya, and it still remains quite busy to this day. The highlight of this Wat is a massive Buddha statue dating back to 1324 around which the temple was built. Standing at 19 m (63 ft), this huge statue barely fits into the main wiharn of the temple. Around the big Buddha are tons of smaller Buddha statues, each representing a personal donation to the temple. 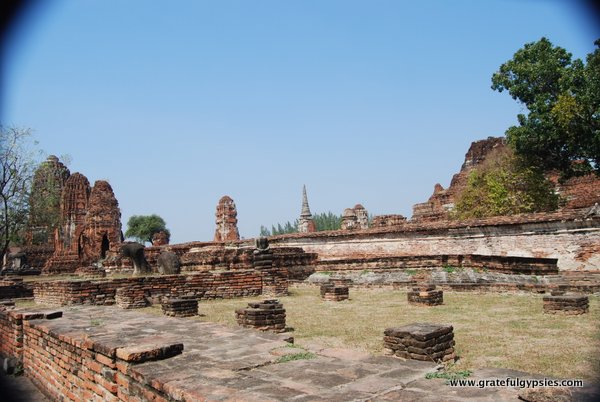 This temple was built to house the Buddha relics that suddenly appeared after the king had a revelation. Without a doubt the most impressive sight at this temple, and possibly in all of Ayutthaya, is the image of a Buddha head entwined within the roots of a tree. 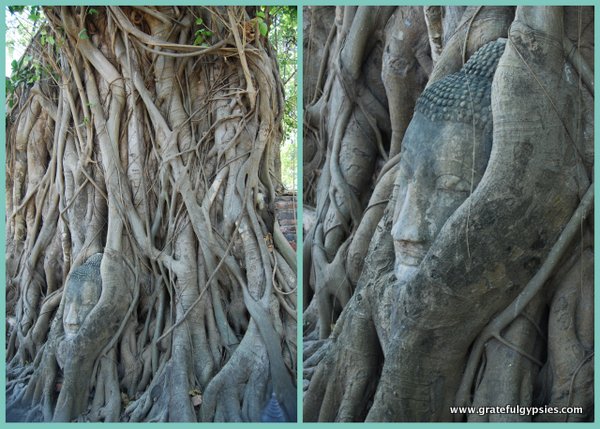 The sacred Buddha image in the tree.

When visiting this temple, it is important to to observe the unwritten rules of etiquette; for example, one should only take a photograph of the sacred Buddha image from a kneeling position. 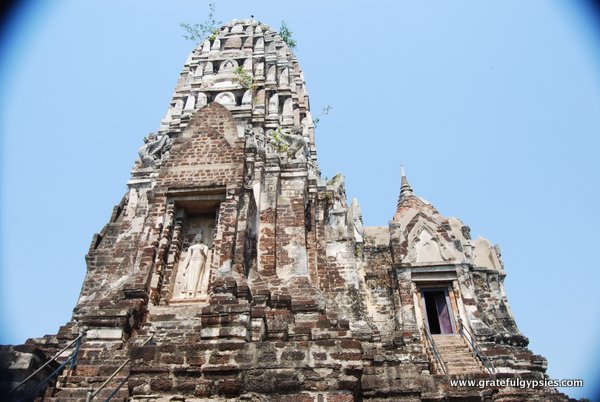 You’ll find this temple right next door to Wat Mahathat. Established by King Boromaraja II in 1424, this is the symbolic center of the old city. It was built to hold the ashes of his two elder brothers, who killed each other in battle while fighting over the throne. 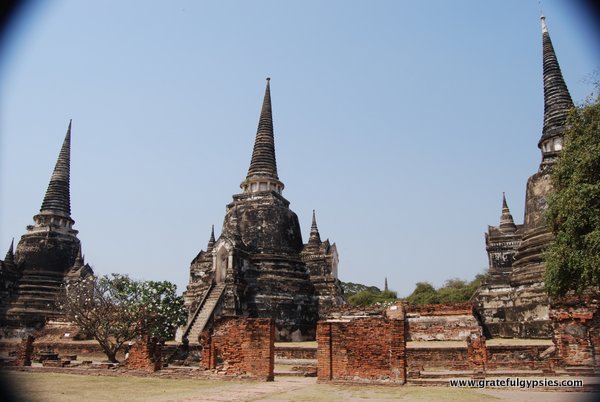 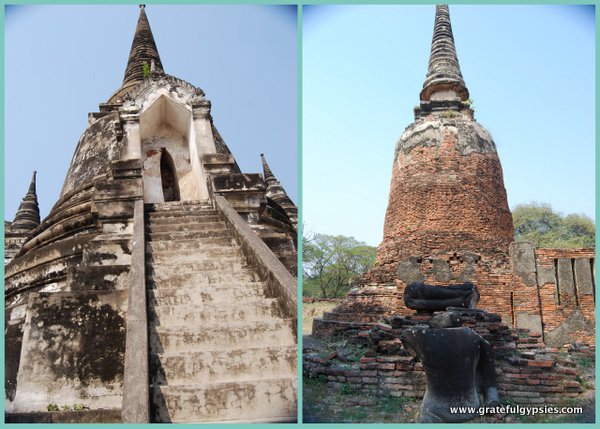 Originally built in 1448 as the king’s private chapel, this temple features three chedis that contain the ashes of three former Ayutthaya kings. The image of this temple is one of the most famous, and for good reason. 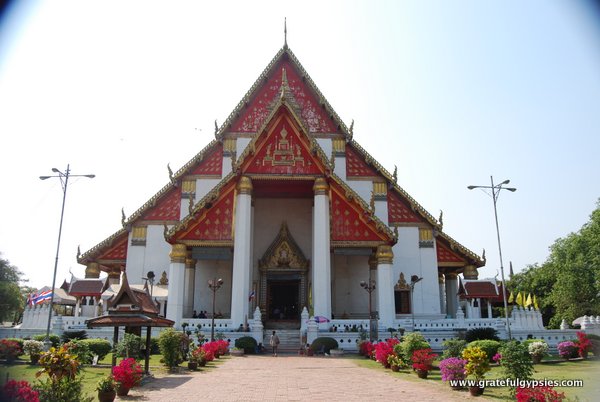 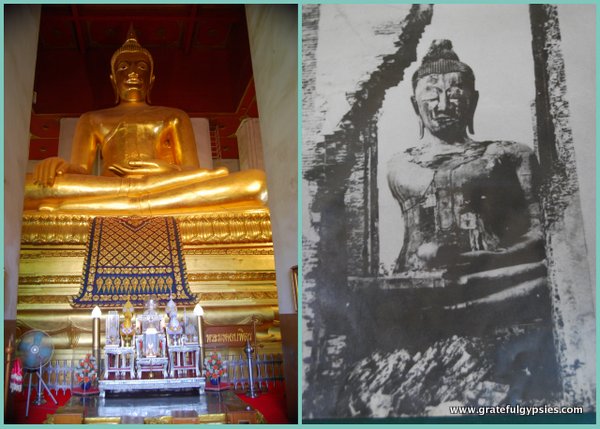 The restored Buddha and the original.

The entire compound where this temple is located is known as the Grand Palace or Ancient Palace of Ayutthaya. A gold Buddha statue was cast and covered in gold during the time of King Ramathipodi, and the invading Burmese tried to melt it down in 1767. This caused a great fire that destroyed both the Buddha and the temple. As such, the figure you see today is a replica, as it was restored in 1956. 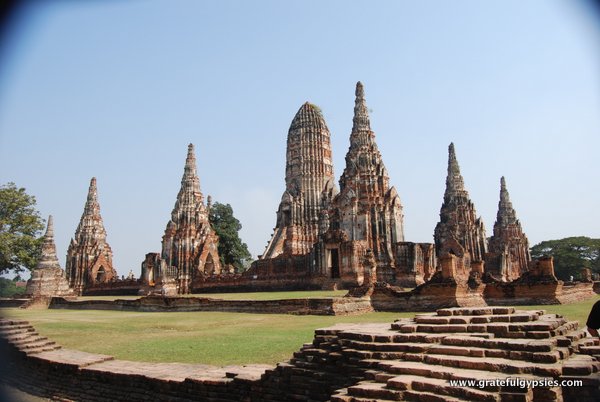 Located on the banks of the Chao Phraya River, this temple was built in 1629 by King Prasat Tong. The name literally means “The Temple of Long Reign and Glorious Era”, and it is believed that the temple was built on the site of the king’s mother’s cremation.

All of this is doable in one day with a hired tuk-tuk, assuming you catch an early train out of Bangkok. There’s a lot more to see here if you decide you’d rather stay a night or two, and there are plenty of options for accommodation, dining, and even nightlife. See more of Ayutthaya in this short video and make sure to include it on your next Thailand itinerary.