The King’s Birthday in Thailand Posted by sasha on Dec 5, 2016 in Culture

Today marks a somber occasion in Thailand, as people continue to grieve over the loss of their beloved King on what would have been his 89th birthday. The official period of mourning will last an entire year – a sign of just how loved King Bhumibol was by his people. Let’s learn a bit about how Thai people usually mark the birthday of their King, starting with the name of this holiday.

Thai Name of the Holiday 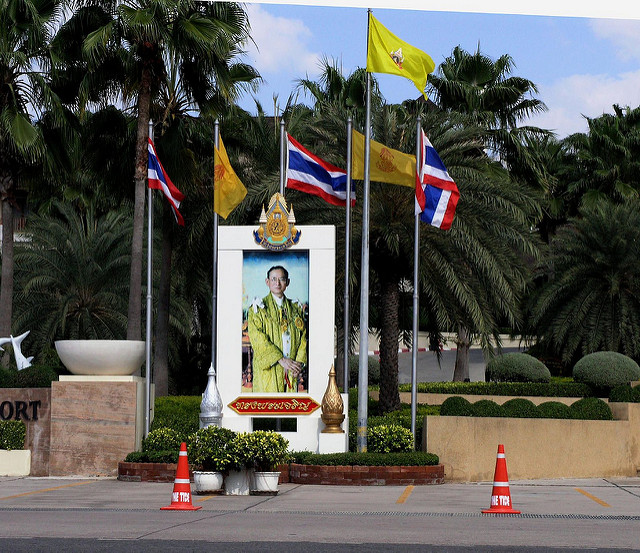 Image by SeaDave from flickr.com.

The official name for this holiday is a long one, so let’s break it down into syllables:

One interesting aspect of the King’s birthday in Thailand is that it’s also celebrated as Father’s Day (วันพ่อแห่งชาติ wan pôr hàeng châat). Let’s break down the Thai word for Father’s Day to better understand it:

In Thai, the word พ่อ pôr can mean “I” or “you” depending on who’s talking. If a father is speaking to his children, it means “I.” If the children are addressing their father, it means “you.”

December 5th is celebrated as Father’s Day in Thailand because King Bhumibol was a father-figure for the entire nation. He was very much a man of the people, as he would often visit remote hill tribe villages and he also spearheaded many development projects to improve the livelihood of his people. 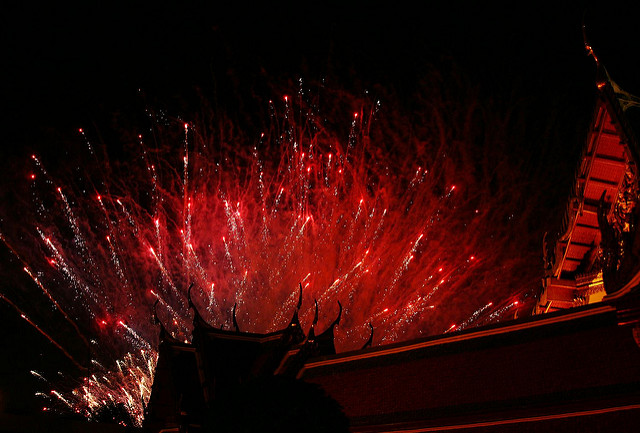 Image by Heiko S from flickr.com.

In the lead-up to this special holiday, buildings all over the country will be covered in royal symbols and portraits of the king. Many of these would include the message “Long live the King” (ทรงพระเจริญ song prá jà-rern).

You may notice a lot of yellow (เหลือง lĕuang) on this day, including thousands of marigold flowers around the Grand Palace in Bangkok. That’s because the King was born on a Monday, and yellow is the color of Monday in Thai culture.

In the morning, most people will go to a temple and give alms to monks. To mark the holiday this year, there was an auspicious assembly of 999 monks. In years past, the King would address his people – hundreds of thousands in person and millions watching from home. Due to his ailing health, he did not deliver an address the past few years.

In the evening, the crowd would gather in nearby Sanam Luang for a concert and fireworks to celebrate. You can see highlights of the ceremony from last year in this video:

As Thai people continue to mourn the loss of their beloved leader, they must also look to the future. The only son of King Bhumibol, Maha Vajiralongkorn (มหาวชิราลงกรณ), will now ascend the throne as the tenth monarch of the Chakri Dynasty. Famous more for his unique wardrobe, playboy lifestyle, and poodle named Foo Foo, he’s not exactly admired as much as his father was. Needless to say, it will certainly be an interesting time of transition in Thailand. For now, at least, the country and its people are busy remembering King Bhumibol and all that he did for them.