Urdu is widely known as the national language (قومی زبان/qaumi zabaan where “zabaan” is a fem. noun) of Pakistan, but it is also one of India’s 22 official languages (سرکاری زبان/sarkaari zabaan). Modern Standard Urdu, once commonly known as a variant of Hindustani (ہندوستانی), a colloquial language combining the modified Sanskrit words found in Hindi with words (لفظ/lafz, masc. noun, plural: الفاظ/alfaaz) brought to India via Persian, Arabic, Portuguese, Turkish and other languages, is a language with one of the most fascinating and complex histories (تاریخ/taarikh, fem. noun) in the world.

The Diwaan-e-Khaas or Hall of Private Audience at Fatehpur Sikri, a city commissioned by Akbar the Great, a Mughal Emperor; image by lensnmatter on Flickr, licensed under CC BY 2.0.

Whilst the British ruled over India (when India and Pakistan were considered one territory), a regime that spanned almost two centuries from the arrival of British traders representing one of the world’s first corporations, the British East India Company, to the takeover of British-controlled territories by Queen Victoria during the British Raj, these rulers took a bit of inspiration from their predecessors, the Mughals (مغل), in promoting Urdu as one of their languages of administrative communication. In North and Northwestern India, especially, the British attempted to replace the local (دیسی/desi), official languages with English (انگریزی/Angrezi, fem. noun) and Hindustani/Urdu (written in the Persian nastaliq/نستعلیق‎ script) to “streamline” communications and official business.

But, in order to truly appreciate the depth and breadth of the language’s history, we have to begin farther back in time. Arabic (عربی/Arabi, fem. noun), one of the principal languages that makes its presence felt in Urdu, began to make inroads in the Indian subcontinent with late first-millennium Muslim (مسلمان/musalmaan) conquests in the region. A few centuries (صدی/sadi, fem. noun) later, Central Asian Turks and Afghans who had migrated to the area set up consecutive and sometimes competing dynasties that were heavily influenced by the sophisticated Persian court of the time, thus bringing Persian (فارسی/Faarsi, fem. noun) to the subcontinent. The Turko-Afghan Delhi Sultanate, a powerful, well-known dynasty, naturally declared Persian as its official language. This tradition (روایت/rivaayat, fem. noun) was continued by the mighty Mughal Empire, whose influence spread over much of Northern South Asia from the 16th to the 18th centuries. The fact that Persian was the official language of this incredibly powerful (طاقتور/taaqatvar) Empire made the ever-deepening influence of Persian over developing Indian languages, such as Hindi and Urdu, that much stronger.

Prior to the commencement of the British Raj in 1858 (catalyzed by the First War of Indian Independence/بھارتی آزادی کی پہلی جنگ in 1857), the British had transitioned from Persian to the more-indigenous Hindustani in 1837. Written in nastaliq, this language was used (استعمال کریں/istamaal karnaa) by both Hindus and Muslims, in addition to English (the other official language), in the Indo-British civil service. This promotion of Hindustani over Persian was regarded as a smoother transition than, say, Hindi’s devanagari script, from the similar nastaliq script of Persian. Moreover, this decision (فیصلہ/faislaa, masc. noun) to promote Hindustani rather than Persian functioned as a way for the British to differentiate themselves from the long shadow cast by the Mughal Empire. 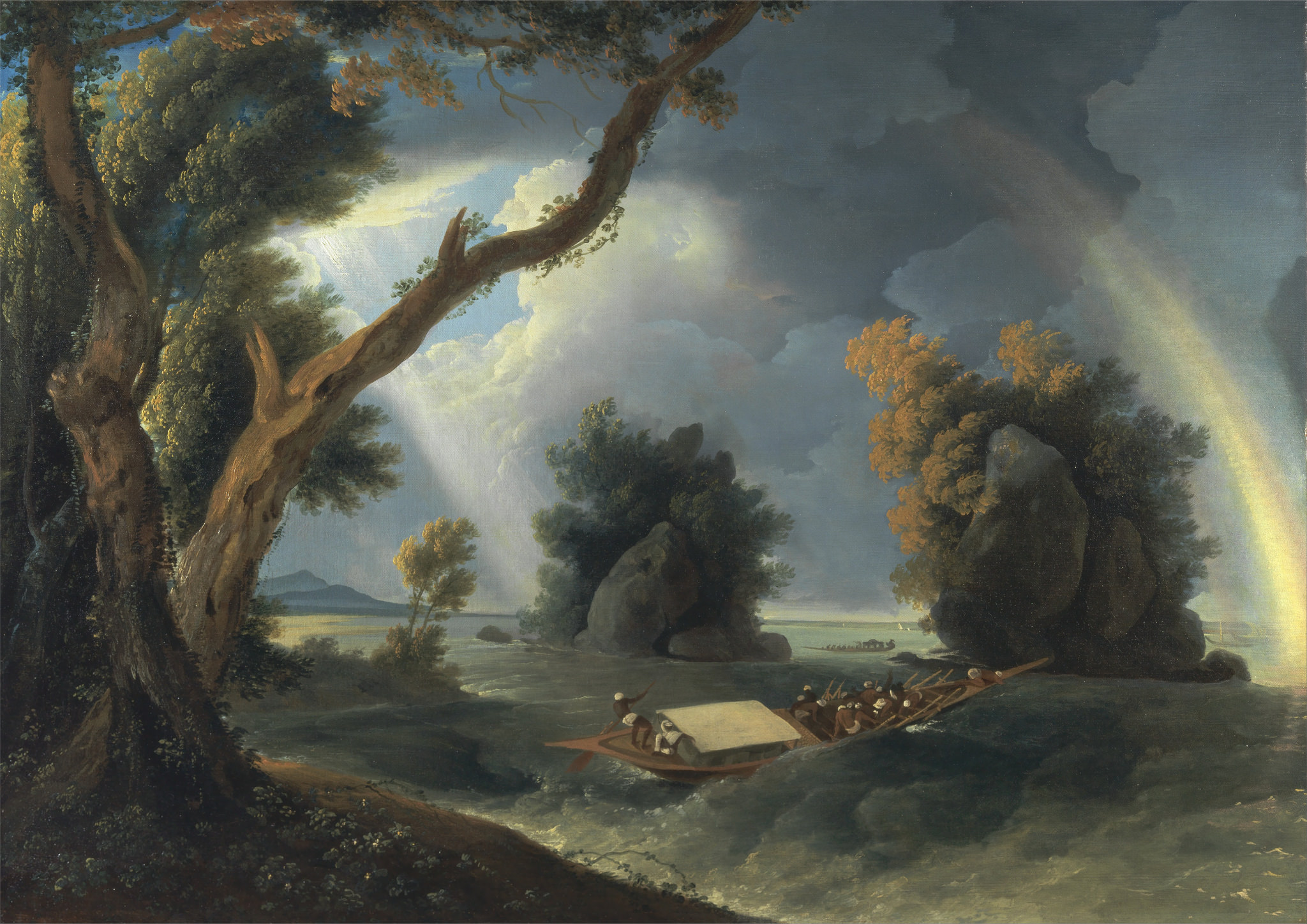 A romantic portrayal of the British Raj; Mrs. Hastings, wife of the first Governor-General of Bengal, drowns en route to meeting him in the Ganges. Image by the lost gallery on Flickr, licensed under CC BY 2.0.

It was during this period of British Rule in India that the controversy we now think of between Hindi and Urdu began. Although Hindus at this time commonly learnt both scripts, nastaliq and devangari (descended from Sanskrit), in primary school, it was the scribe caste of Hindus, known as Kayasths (کائستھ) who truly benefited from the British promotion of Hindustani in nastaliq as they were the most highly literate Hindus at the time and were able to take up government employment (سرکاری روزگار/sarkaari rozgaar, masc. noun) that required such high levels of literacy in numerous scripts and languages easily. Similarly, they made up the vast majority of Hindu scribes during the Mughal Empire as well. Many great writers (مصنف/musanif) we think of today, such as Hindi writer Mahadevi Varma and Hindi-Urdu author Munshi Premchand, hailed from this caste (ذات/zaat, fem. noun). 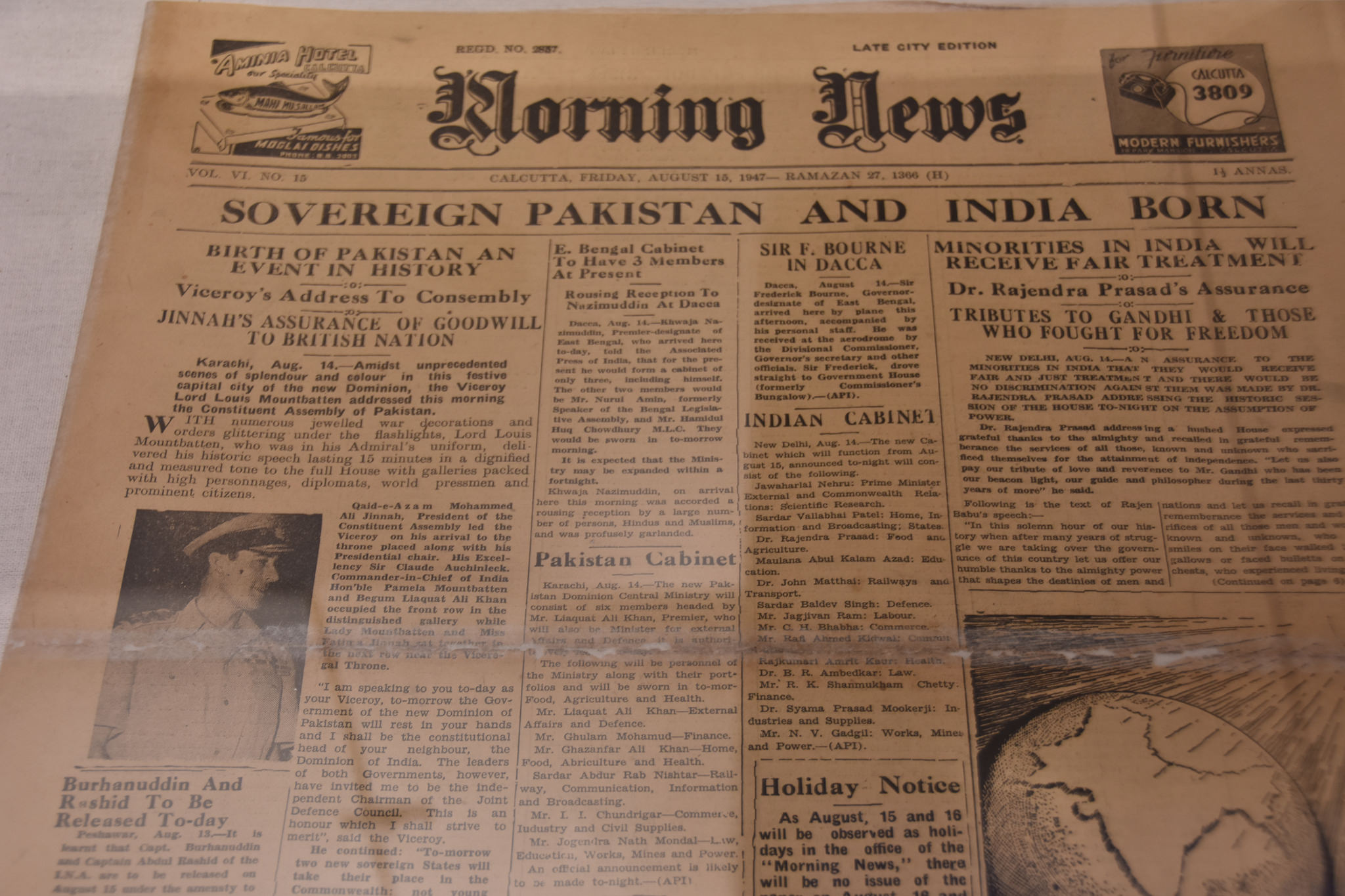 However, the highest caste of Hindus, the Brahmins, were snubbed by these policies and suffered due to consistently low literacy rates, especially in nastaliq. Thus, it was primarily this group, especially in Northwestern India, that argued for a change in policy that administrative business be conducted in Devanagari, a script with which they were more comfortable, instead of nastaliq. Gradually, many groups became involved in a push toward a division (تقسيم/taqseem, fem. noun) between the Hindi and Urdu components of Hindustani, with Hindi becoming progressively more Sanskritized (and thus supposedly “purified”) and Urdu becoming more heavily influenced by Arabic and Persian. In 1881, a new literary register of Hindi (what we now refer to as “Modern Standard Hindi”), which was heavily Sanskritized, replaced traditional Hindustani as the official language of the Northwestern Indian state of Bihar. Gradually, an association between Urdu and Islam and between Hindi and Hinduism, a rather arbitrary religious (مذہبی/mazhabi) connotation that was previously not present to the same extent, became concretized and is symbolized in the division of the Indian territory into the separate nations (ملک/mulk, masc. noun) of India and Pakistan in 1947.