Common Greetings and Farewells Posted by Rachael on Jun 23, 2018 in Uncategorized

When you start learning a new language, one of the main things you may want to know is how to greet people and say farewell. It’s natural to want to want to know the basics on addressing others politely when you’re learning a language and common greetings and farewells are a great way to do that! Especially in South Asia, where one’s religion may sometimes dictate which greetings and farewells are appropriate, it’s good to know the differences and a bit of background knowledge. So, follow along with the examples below and, as always, please enjoy! 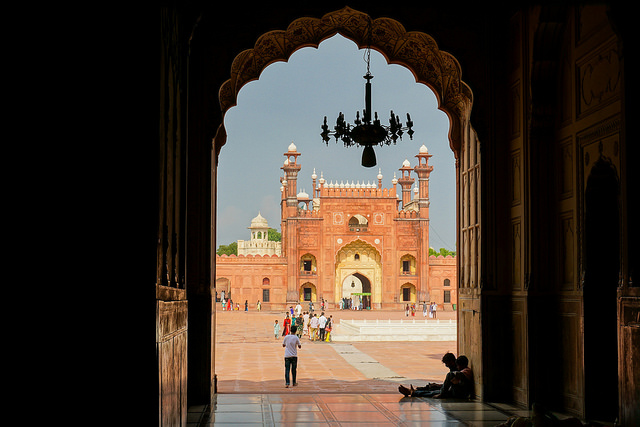 Oftentimes, you will want to tailor your greetings to the faith of the person you are addressing, especially in smaller towns and villages. This does not apply as much to large cities or in certain contexts, such as in a professional office environment. If you find yourself in the latter context, you can simply use the English phrase ہیلو/hello. But, if you find yourself in a different environment, the following expressions could be of use:

This is a common greeting used to denote respect to your Muslim interlocutor. It originally derives from Arabic (thus the somewhat non-intuitive pronunciation in Urdu) and means “peace be upon you.” If someone else greets you thus, you may respond in this way:

Another, less common greeting is the following:

This word literally means “good manners” or “courtesy” but is really just a way of expressing a courteous greeting and is less formal than the aforementioned greeting. This may be a good way to greet your peers or superiors whom you see on a day-to-day basis in a way that does not specifically reference religion. While saying this greeting, one usually brings one’s hand, slightly cupped, to one’s eye line.

And now for some expressions of farewell:

This is probably the most common Muslim expression of farewell, which means “may God protect you” and is an auspicious way to bid farewell to someone. In many South Asian cultures, the act of taking one’s leave or bidding farewell can be considered inauspicious (that is, possibly boding ill omens) because, in the past especially, you did not know when or if you would see the person or people to whom you are bidding farewell. So, you will notice that many expressions of farewell especially make a reference to God or a superior power protecting the people to whom you’re bidding farewell in case you do not meet them again. A typical response to this involves just repeating the above phrase. 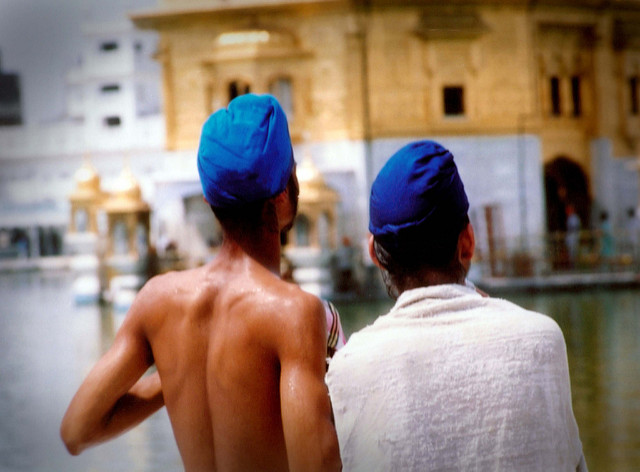 A minority of India and Pakistan’s population are Sikhs, although this religious group is more populous in India. When the state of Punjab, which is home to most of South Asia’s Sikhs, was divided due to the partition of India and Pakistan in 1947, many Sikhs felt pressured to relocate to India if they found themselves in the now-majority Muslim, Pakistani half of Punjab. Some, however, chose to stay where they were, meaning they became citizens of Pakistan. The Indian and Pakistani areas of the Punjab, however, to this day have a strong linguistic and cultural connection as many Pakistani people speak fluent Punjabi in addition to Urdu and other languages.

This is a very common and somewhat formal greeting, which is perfect for strangers or people with whom you are not well acquainted. “Sat” (ست) means “truth,” “sree” (سری) is a respectful title and “Akaal” (اکال) is a reference to “the timeless being” or, in other words, God. All together, the words translate to “the name of God is truth.”

The above phrase could also be used to express farewell, but some other options are the following:

This is a relatively informal expression of farewell that doesn’t specifically reference religion but is common in Punjabi.

This is similar to the Muslim farewell above. The first means “May God keep/protect you” and the second means “May the Guru keep/protect you,” referring to the Gurus of Sikhism, important spiritual leaders who spread and enriched the Sikh faith, particularly the first among them, Guru Nanak, who lived from 1469 to 1539. 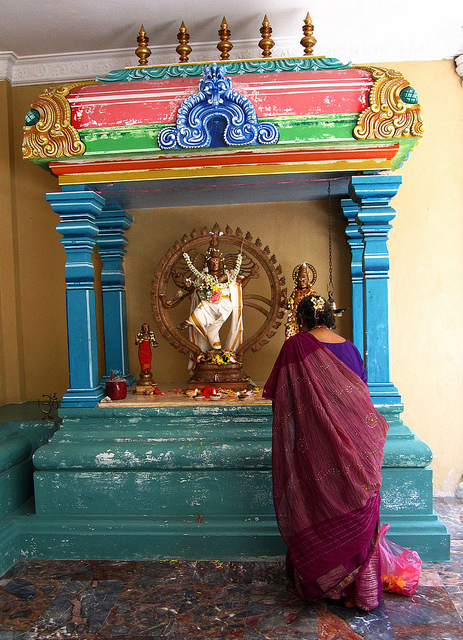 As you may already be aware, the most common and formal greeting when interacting with a Hindu is the following:

This is usually said while pressing both palms together in front of one’s chest. But, as said previously, this is a formal greeting that is best used with strangers who are superior to you (in age and/or status). Interestingly, you would use this same exact phrase to say goodbye (like “Aloha” in Hawaiian). Many young people today do not use this greeting with one another, preferring to use less formal English greetings such as “Hi” or “Hello.” “نمسکار/namaskaar” is an even more formal variant of the above phrase.

This is a less formal way of saying goodbye and translates roughly to “We’ll meet again/later.” This phrase doesn’t reference religion, so it’s good to use with anyone with whom you’re well acquainted, like a friend or close colleague.

Hopefully you’ll get a chance to test out some of these greetings and farewells in the process of learning Urdu!