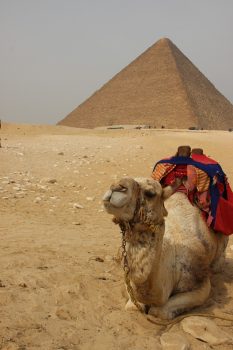 To pick up where we left last week, we will be looking at two more proverbs in today’s post. As mentioned in last week’s post, we’re going to focus on proverbs حكم – آقوال  in Egyptian Arabic  اللهجة المصرية, which are probably familiar معروفة – متداولة  to many Arabic learners, and we’re going to learn about their equivalentمرادف  in Libyan Arabic, a somewhat less popular dialect.

What the two proverbs in today’s post have in common is that they both highlight a negative behaviour تصرف (سلوك) سيء of some people, and both are sarcastic towards ساخرة من (تسخر من)  people who behave يتصرّفون this way بهذه الطريقة.

The implied meaning المَعْنَى المُرَادْ  from this proverb is that one should be content with people offers to him/her and be grateful to مُمْتَنْ لِ  them rather than asking for more. It can also be used for that who asks for help مساعدة , but he/she wants it to be provided in a certain way, according to his/her own terms شُرُوطِهْ/هَا.

The last bit about conditions is exactly what is highlighted in the Libyan version of the proverb:

To point this negative behaviour, the proverb is suggesting that the who behaves this way is similar to a beggar who wants to be helped, according to his own terms.

You can use this proverb in a situation where someone you’re helping is complaining that you’re not helping them enough or in the right way!

This proverb comments on someone who tends to defend himself whenever people comment on something negative in general, and not related to him. The proverbs suggests that he probably does that because he knows that that negative thing (behaviour) applies to him!

The act of defending is referred to figuratively in the Egyptian version, i.e. touching a wound. Similarly, this act is referred to using ‘elbows that hurt’:

Translation:  That who has a problem (illness), his elbows hurt.

You can this proverb to comment on someone who is insecure and takes things personally or thinks that people always mean him/her when they talk about something negative.