Some insights into people names in the Arab world Posted by Hanan Ben Nafa on Apr 4, 2018 in Arabic Language, Culture, Vocabulary

People in the Arab world pay a lot of attention to names and put a lot of effort يبذلون الكثير من الجهد into choosing names for their babies’, boys and girls. As a result, names in the Arab world are often interesting with some unique features خصائص مميزة  that perhaps make them stand out. In this post, I will give examples of some very popular مشهورة – رائجة Arabic names, discuss what some of them represent and the basis on which they are picked. 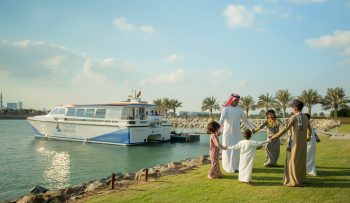 1- Names of most men (fathers) in specific parts of the Arab world (Levant & Gulf, e.g.) start with ‘Abu’ أبو , followed by the name of their eldest son (or daughter). This nickname (Abu …), which is not necessarily given to fathers only, means the father of X or Y. So, if a man has a son that is called Ali علي , people will often call him أبو علي. even if Ali isn’t this man’s oldest child and his sister Asma is actually the oldest!

2- The majority of Arabic names mean something and are not just names of famous people in history, as is the case with English. In English, many people are called john, David, Chris, etc., which are all names of prophets that are mentioned in the bible الإنجيل. Although many Arabs call their children Mohammed, Yousef (Joseph) or Adam, but there are many other names that have a specific meaning, regardless of its association with a known figure in history. A name with a positive meaning معنى إيجابي or connotationدلالة  indicates the character or the traits that the parents of the baby wish he/she will have in the future. Most of these words take the form of a noun/masdar (verbal noun), as it the case with Hanan حنان  meaning kindness and delicateness or an adjective, such as Jameel(a) جميل(ة) meaning handsome or beautiful/pretty.

3- A large proportion of male Arabic names start with ‘Abd … ’ عبد… (the slave/worshipper of). This is usually followed by one of what is known in Islam: the 99 names of Allah or Al-Asmaa’ Al-Husna أسماء الله الحسنى. Whichever name of these that follows عبد  will automatically refer to Allah الله  so whatever the name chosen, the name will mean the worshipper of Allah عبد الله. whether this was Abd-ul Aleem عبد العليم  (The all knowing) or Abd-ul  Qadir عبد القادر (The omnipotent).