Ahlan Arabic fans! Here is the English translation of the article; “الــَــحــَــرْفُ الــعــَــرَبــِــيُّ مــِــحــْــوَرُ الــيــَــوْمِ الــعــَــالــَــمــِــيّ لــِــلــُّــغــَـــة 2014 The Arabic Letter; Milestone of the World Language Day 2014″ from الــَــحــَــيــَــاة /Al-hayah/ newspaper. Also, to view the article in Arabic, kindly refer to our previous post here. I hope you will enjoy the article and the English translation. 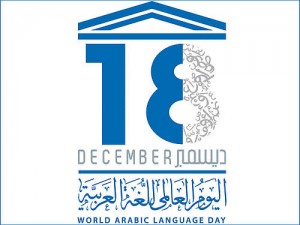 The counseling committee of the International Plan for Developing the Arabic Culture (ARABIA) supervised by UNESCO has decided on the theme of the next Arabic Language Day 2014 – which is celebrated in 18th December – to be the Arabic Letter (Script).

The head of the counseling committee and permanent delegate ambassador of Saudia to UNESCO Dr. Ziad Al-Drees, has confirmed that the decision of the committee came in coordination with King Abdallah Bin Abdel-Aziz’s International Center for the service of the Arabic language and which suggested to the international Association that the Arabic script be the main heading to celebrate the Arabic language on its international day that comes on the 18th of December, 2014 due to; “what the value of Arabic script represents in symbolizing the Arabic language celebrated and what it represents in the noted presence on the level of human cultures and civilization as it forms one of the images that surpassed the communicative drawing to reach the artistic and creative works.”

Al-Drees has also added that; “Celebrating the Arabic script repays the attention to its importance, beauty and high value which represents an overall international agreement on its status in the human civilization, and that a number of experts, linguists, writers, researchers, politicians, media men and UNESCO workers will participate in all the sessions devoted to this topic and an Arabic calligraphy gallery will be held on the margin of the celebration with the participation of a number of Arabic calligraphers from different countries.”

It is also worth noting that the UNESCO Executive Council had decided in its 190th round held in October, 2012 that the 18th of December is to be devoted to the celebration of the International Arabic Language Day. The choice of this exact date is because it is the day when the General Assembly of the United Nations in 1973 agreed to consider the Arabic language one of its official languages as well as to all international organizations working under its name.

As to the plan of developing the Arabic Culture (ARABIA), which was established by UNESCO in 1999, it aims at; “creating a frame in which Arab countries are able to develop its cultural heritage taking into consideration that the past is to be protected and concentrating on the future specifically for the Arab world to be open to changes and new technologies while keeping the sanity of the Arabic heritage at the same time.” 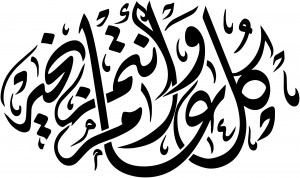