Learning Arabic in an Arab Country Posted by yasmine on Sep 11, 2019 in Arabic Language, Vocabulary

Have you ever thought of traveling to an Arab country to improve your Arabic or learn the dialect of that country, or both? Many Arabic language students are venturing abroad to the Middle East for a unique immersion experience. By living in an Arabic speaking country, you can study the language at universities or centers and listen to the language being spoken around you. You can also experience the culture firsthand. In this post, we’ll be looking at some vocabulary words that are used when applying or registering to study Arabic. In addition to mentioning a few top institutions to check out in Jordan for studying Arabic for non-native speakers.

Lately, Jordan has become a main destination for foreign students to study Arabic. Jordan is considered a modern and safe country where economic growth and development is rapidly emerging as one of the most developed Arab markets outside the Gulf states. In addition to its historic sites such as Petra, Jerash, and the Dead Sea, adding to its an attraction for many Arabic learners. 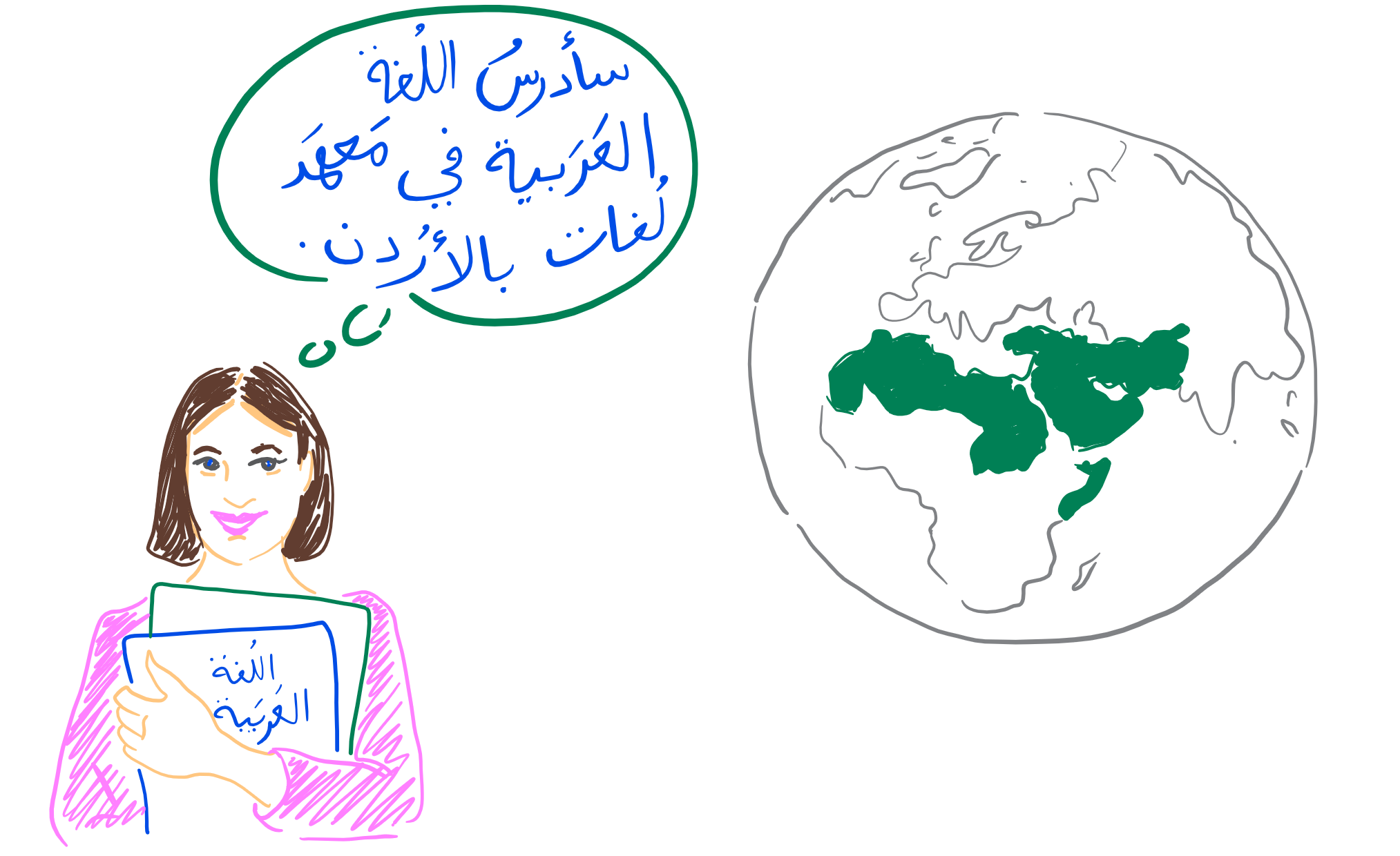 🎇Here are three of many institutions in Jordan to learn Arabic. I provided some basic information along with the official websites. Be sure to check them out! 😎

The University of Jordan http://centers.ju.edu.jo/en/ujlc/Home.aspx

The Language Center at the University of Jordan established 1979 is one of the leading institutions in the region and the world in teaching Arabic to non-native speakers. Hundreds of international students join their Arabic Program for Speakers of Other Languages each semester.

If you are looking to learn spoken Arabic, Misbah teaches the Jordanian dialect. They teach using the ‘Growing Participatory Approach’ (GPA), whereby the student and teacher interact with various objects and verbs. A very fun way to learn Arabic!

Most programs taught in Qasid are based on the Al Kitab textbook series. Many universities around the world send their students to Qasid as part of a year abroad program. Classical Arabic is also an option at the institution, which refers primarily to the language of the Qur’an and also to the accompanying texts and works inspired by it.

🎇Here are some vocabulary words related to studying Arabic abroad with examples.

It is the first center for teaching Arabic for non-native speakers.