The formation process of place nouns in Arabic Posted by Hanan Ben Nafa on Aug 23, 2017 in Arabic Language, Grammar 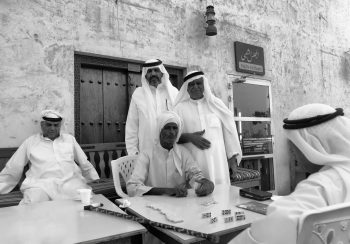 In a previous post, we learnt about one feature that makes Arabic one of the few, most efficient languages in the world, and that feature is derivation: its productivity in terms of word formation.

In today’s post, we’re looking at a specific aspect of this derivation process, and that aspect is the formation of place names from the basic morpheme or the rootالجِذْرْ  Al-jethr, which is usually the three consonants that make up most words in Arabic. These three consonants together with their vocalic melody (vowels) represent what is called a template. It’s through making changes to these vocalic melodies that new words are formed.

How does this formation process work?

The majority of place nouns in Arabic starts with ‘ma’ مَـ so an obvious thing to do is to add ‘ma’ to the beginning of the past tense of a verb (it’s usually the root of any Arabic word), but you need to make changes to the template first>

For example, the template of the past tense form of the verb ‘prostrates’ is:

***Now, to generate the place noun, you need to:

1- remove the first and the final vowels from the verb template: sajada سَجَدَ > sjad سْجَدْ

3- You need to either change the vowel in ‘sjad’ into (i) or keep it as it is. In this case, it needs to be changed to (i), so masjad> masjid مَسْجِدْ

So here a mosque is a place where people pray and prostrate, which is a part of any prayer in Islam.

You can check by turning the verb in the past tense to the present tense. If the second vowel (sa.ja.da) is (i) as in (yas.jid) يَسْجِدْ , then the template of that place noun is (a- i) >> Masjid.

Another example of a place noun with the vocalic melody of (a-a) is:

Here, the root (past tense) of majlis is jalasa, so the place noun would be:

However, if the second vowel in the present tense is ‘a’ or ‘u’, then the rhythm of the place noun would be (a – a).

For example, the template of the past tense form of the verb ‘sowed’ is:

To enerate the place noun>>

3- In this case, keep the vowel as it is because it is also ‘a’: ‘yazraʕ’ يَزْرَعْ  in the present tense. So the place noun is mazraʕ مَزْرعْ

BUT! a farm is a feminine name in Arabic, so you just need to add the feminine marker ‘a’ ـه to the end of the noun to become> مَزْرَعَه  mazraʕa

Another (simple) example is: