Egyptian Arabic (EA) differs from Modern Standard Arabic (MSA) in certain aspects of grammar, word-formation, and pronunciation. Differences in pronunciation can be in producing consonants, vowels, clustering (i.e. how many consonants can occur in a cluster), and stress. For this time round, let’s look at the differences in the pronunciation of consonants. 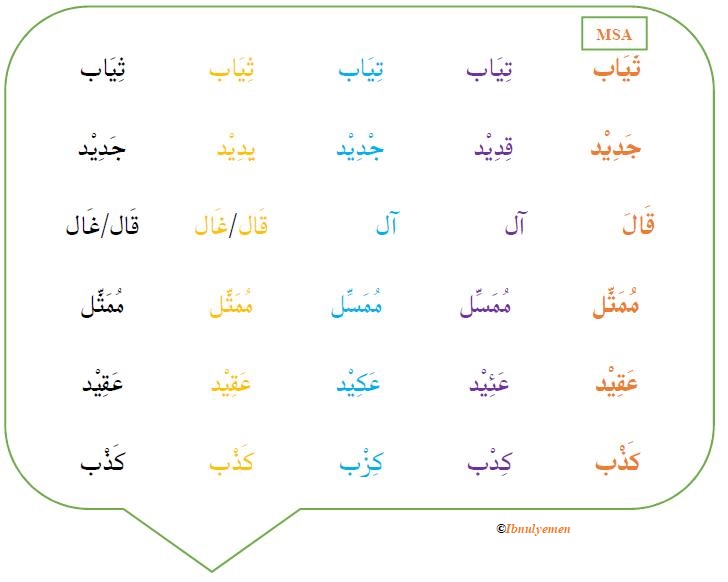 In listening to a native speaker of Egyptian Arabic, especially Cairene, you must take heed to these MSA sounds: ج ، ق ، ث ، ذ. They are substituted by slightly different sounds, as in the table below:

However, the case of ق is somehow interesting, as it, in a large number of cases, retains its MSA pronunciation. Some examples of these are قَرَار garaar ‘decision’, القَاهِرَة al-gaahirah ‘Cairo’, and رَقَم ragam ‘number’.

This list is not comprehensive. There are other differences that rarely occur in daily communication. In a future post, I will highlight the common morphological (i.e. word-formation-related) differences between MSA and EA.