The Traditional Sobhiye الصبحية التقليدية Posted by Anastasia on Sep 17, 2019 in Culture

Marhaba readers! Since the moment you are born into an Arab family, you learn that there are two things that are sacred : family and the sobhiye. 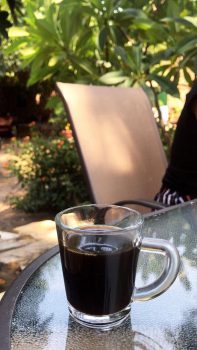 Sobhiye doesn’t have a literal translation in English, because it is a concept born in the Middle-East. A sobhiye is sharing a morning coffee with a group of women or men (mainly women)and friends and neighbors.  But it is not just restricted to that, it’s also a gossiping session over a freshly brewed pot of coffee. It is important to know that Lebanese have coffee multiple times a day, but only the morning coffee is called a sobhiye, because it comes from the word Sabah (صباح) which means morning. 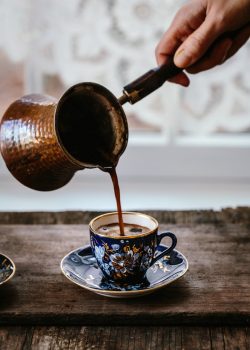 Neighbors are a huge part of a Lebanese family’s life. They would go to the ends of the earth for you and they practically live in your house. During the old times, the only people you could have a decent sobhiye with were your neighbors, due to lack of transportation and communication tools.  Just scream ”Nadia, Fatima, Mariam the coffee is ready!” and three women will be knocking on your door. Or when it’s 7 and one of the regulars doesn’t show up you know something is wrong. That’s how important a sobhiye is ! You never miss a sobhiye!

Nowadays the sobhiye could include a variety of people from all over the country, and it isn’t just restricted to coffee and a cigarette anymore, today we have shisha and breakfast buffets.

My favorite part of sleeping at my grandparent’s house was when I wake up the next day at 6:30 over the smell of fresh coffee and the sound of women chatting and coffee cups being filled. And dare he who disrupts a sobhiye! It is sacred!