A Guide to the Internet in China – Social Media Posted by sasha on May 27, 2014 in Culture

Social media is a force to be reckoned with in the 21st century, and nowhere is this more true than in China. Sure, Facebook and Twitter are blocked by the Great Firewall of China, but this doesn’t mean that Chinese people don’t use social media – far from it. China ended the year 2013 with 618 million internet users, with an estimated 90% or so of them using social media, compared to only around 70% in the US. That means there are more Chinese people on social media than there are people in the entire European Union. They might not be Tweeting, but they sure as hell are hooked on connecting and sharing online. But what sites are they using, and how do these compare to other, more familiar social media giants in the rest of the world? Let’s take a closer look at the wild world of Chinese social media:

A really cool animated video about Chinese social media. Keep in mind it’s over a year old so the numbers have only increased.

China’s most famous microblog is definitely powered by Sina. The term “weibo” means microblog, and there are actually quite a few such services online in China, but the term has almost become synonymous with Sina. With over 500 million users and a listing on Nasdaq, Sina Weibo is huge. In fact, it has more than double the users of its Western counterpart, Twitter. A “tweet” goes much farther in Chinese, too – imagine how much you can say with 140 Chinese characters! In that regard, it’s actually more like a Twitter-Facebook hybrid, as people can post much more in a single message and also include photos, links, or videos. Not surprisingly, Sina Weibo is also wildly popular with celebrities, who use it to connect with fans and of course promote themselves. It’s not Chinese stars, though – even Kobe Bryant and LeBron James are registered Weibo users!

With the massive increase in mobile internet users – there are now over 500 million Chinese who go online via a mobile device – it should come as no surprise that WeChat is quickly becoming the King of Chinese social media. Known as “weixin” in Chinese (literally “micro-message”), this mobile app is taking over in the Middle Kingdom. When you ride the subway in Beijing or Shanghai and notice everyone staring down at a screen, chances are a good majority of them are on WeChat. Originally meant just to send voice messages, WeChat now includes status updates, photo sharing, QR scanning, and the “find people nearby” function, which believe it or not is used by many prostitutes and creepy men. Similar to WhatsApp but with many more options, WeChat has gone international and now has more than 100 million users outside of China.

As the 5th largest internet company in the world, it’s hard to forget about Tencent. Actually, this massive company is the brains behind WeChat, along with many other Chinese internet behemoths. Tencent can in some ways be considered the founding father of Chinese social media, as its instant messaging program QQ was the first of its kind in the country. In addition to its original product and the massively popular WeChat, Tencent also has a weibo, a Facebook-esque site called Pengyou (朋友), and a massive social network called QZone. Thanks to its multiple online platforms, Tencent actually has the biggest community of registered users online in China. 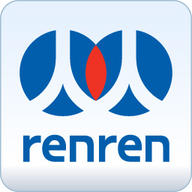 The “Everyone Network” is often referred to as the Chinese Facebook, and for good reason. Like Facebook, Renren started out specifically for college students. Renren is notable for being the leading social network that requires users to use their real name. Although it still has hundreds of millions of users, Renren seems to not be nearly as crucial in the social media landscape as others. As a teacher in a Chinese university, I rarely met students who actively used Renren, let alone at all. These days it seems to be all about WeChat and weibo, but Renren is still going strong regardless. That’s what happens when you have over a billion people in the country.

With 100 million+ users, Douban is the place to go on Chinese social media for all things cultural. Think film, music, and book reviews. Registered users can find and chat with people who have similar interests. The site is also meant to encourage discussion on hot issues in China. Of course, this brings with it a lot of attention from the censors. As a result, the site employs strict self-censorship, much to the dismay of many users. The site once removed Renaissance paintings on the grounds that they were “pornographic.” Users then posted dressed-up images of the famous paintings in a comical protest.

“Bit by bit” – a blatant Tumblr ripoff at the moment.

DianDian – or “bit by bit” – is basically the Chinese equivalent of Tumblr. This relatively new social media platform is basically a carbon copy of its Western counterpart at the moment. It does boast a few million users, and we’ll see if it follows in the footsteps of QQ and Weibo in terms of evolving from a blatant copy.

For more on the social media and internet in China, check out this article with some incredible stats depicted in eye-catching charts and graphs.