A Short Visit to Chengde Posted by sasha on Jul 24, 2017 in Culture

You’re probably familiar with the Summer Palace in Beijing, but did you know that the real summer palace is actually in a city called Chengde (承德 – chéng dé)? While Chinese emperors and their families definitely spent some time at the sprawling complex in the capital, the heat got so intense there during the summer that an escape was sought in the cooler mountain air. Let’s learn more about the summer residence of emperors and what else you can do with a short visit to Chengde. 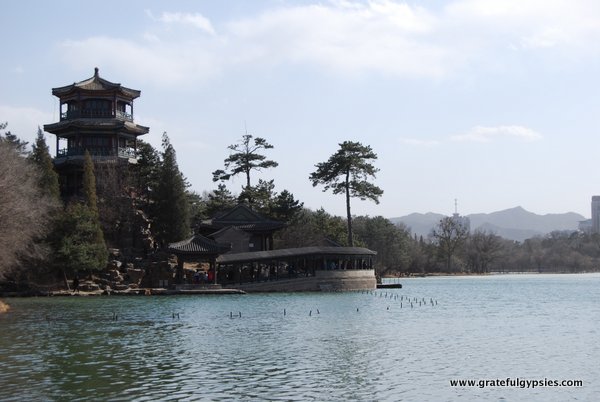 The Kangxi Emperor (康熙帝 – kāng xī dì) was the 4th emperor of the Qing Dynasty. He must not have appreciated the Beijing summer heat, because in 1703 he chose Chengde as the site for his Summer Mountain Resort (避暑山庄 – bì shǔ shān zhuāng). The name can literally be translated as “mountain villa for avoiding the heat,” and that was precisely the purpose of having it constructed. It took around 90 years to complete, so a few emperors ended up using it. 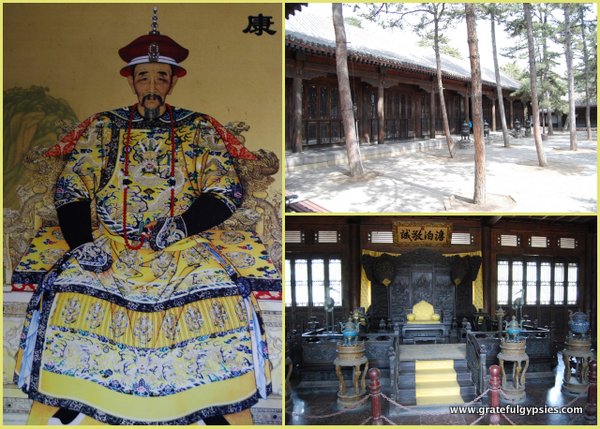 Inside the Palace Area.

The hard work over several decades paid off. The Summer Mountain Resort is an epic complex full of palaces, temples, lakes, gardens, forests, and more. It covers an area of 6.1 square kilometers (2.35 square miles). There are four areas here – Palace, Lake, Plane, and Mountain. The Palace Area was the residence of the royal families and also the location of important ceremonies and political events. 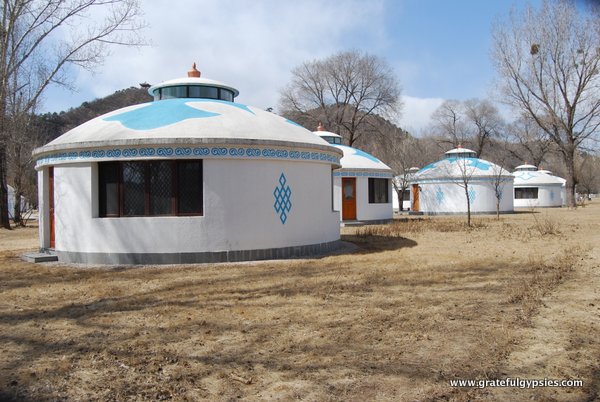 Some replica yurts in the plains.

The vast Plain Area resembles the grasslands of Mongolia, and there are even a few replica yurts here to add to that image. 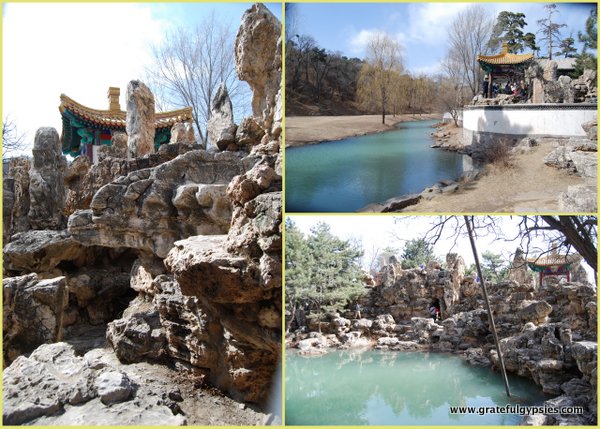 What an incredible place!

Throughout the massive complex, you can see the impressive combination of Chinese palace architecture, gardening, and the natural environment. It’s a perfect example of the ancient system of feng shui (风水fēng shuǐ) at work. 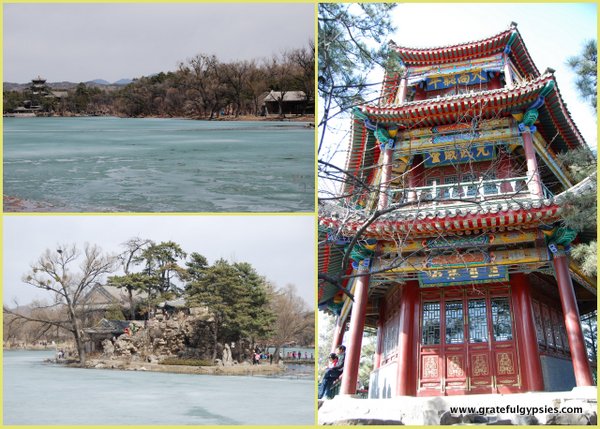 A must-see in China.

The Summer Mountain Resort and its outlying temples were designated a UNESCO World Heritage Site in 1994, described as “a rare historic vestige of the final development of feudal society in China.” It’s an important piece of Chinese history and culture and well worth a visit if you get the chance. 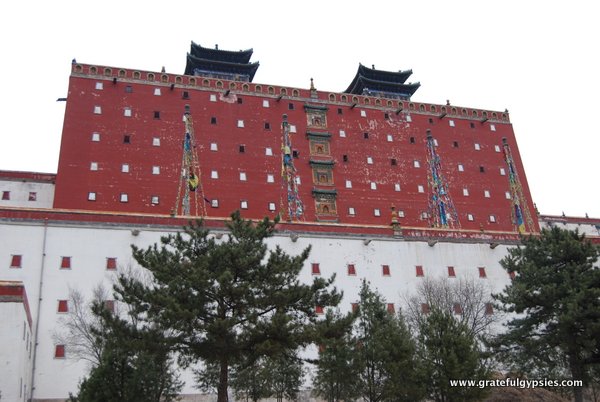 Just outside the walls of the Summer Mountain Resort, you’ll find the Eight Outer Temples (外八庙 – wài bā miào). Actually, there are twelve temples in total, but it seems as if they never got around to changing the name. 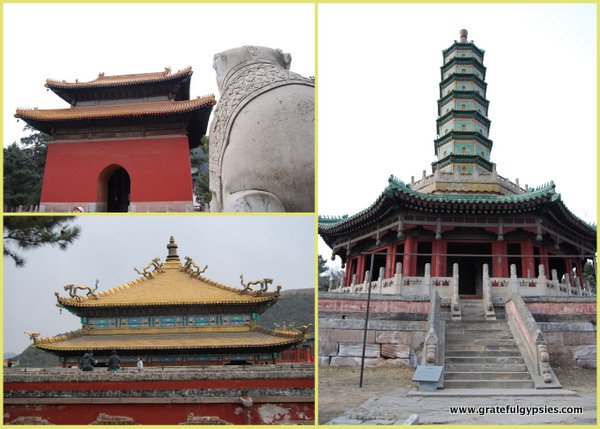 Different styles are seen in the temples.

The temples were built in various styles to appease the many ethnic groups of China, such as the Mongols and Tibetans. By building these grand temples, the emperor was able to safeguard his summer retreat. 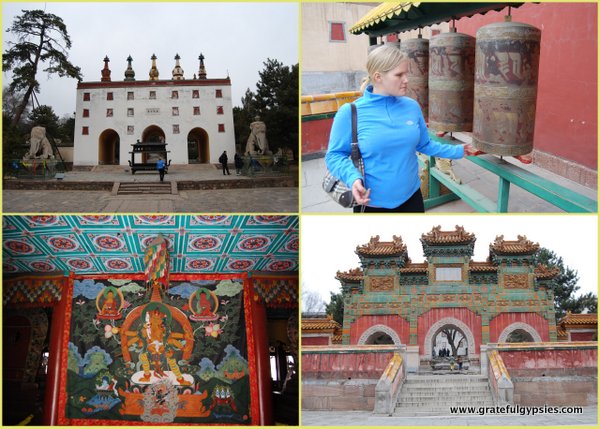 A few scenes from the temple.

The most famous of these is the Putuo Zongcheng Temple (普陀宗乘之庙 – pǔ tuó zōng chéng zhī miào). If it looks familiar, that’s because it’s actually a replica of the Potala Palace in Tibet. It’s even called “Little Potala” (小布达拉 – xiǎo bù dá lā). It was built between 1767 and 1771, and it remains one of the largest temple complexes in China. 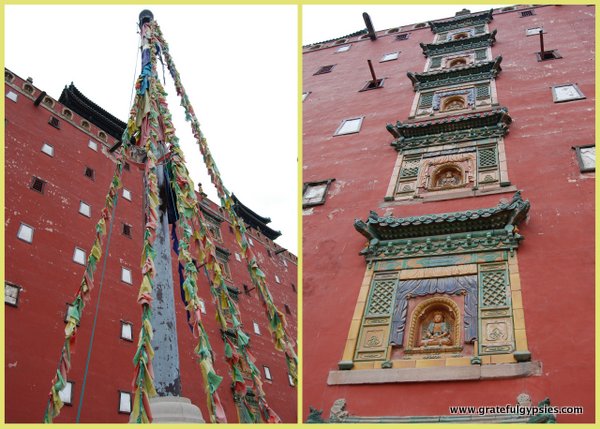 It really is a massive temple.

Nearby, you can also visit the Puning Temple (普宁寺 – pǔ níng sì). This was also modeled after a Tibetan temple – the Samye Monastery. It is home to the world’s tallest wooden statue of the Bodhisattva Avalokiteśvara, which is why some refer to it as the “Big Buddha Temple.” It’s possible to visit both temples and the Summer Mountain Resort in one day, but it’ll be a big one. You’re much better off spacing them out over two days if you want to see them all. 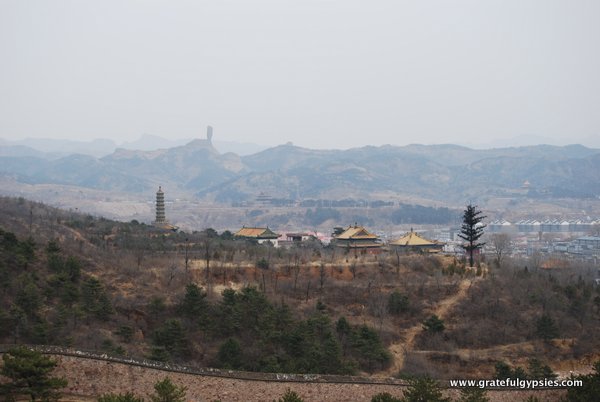 See it in the distance?

From the temples, you’ll see the interesting “Sledgehammer Peak” (棒槌峰 – bàng chuí fēng). This large rock formation on a hill is said to resemble an inverted sledgehammer. If you’re so inclined, you even even hike up to it. 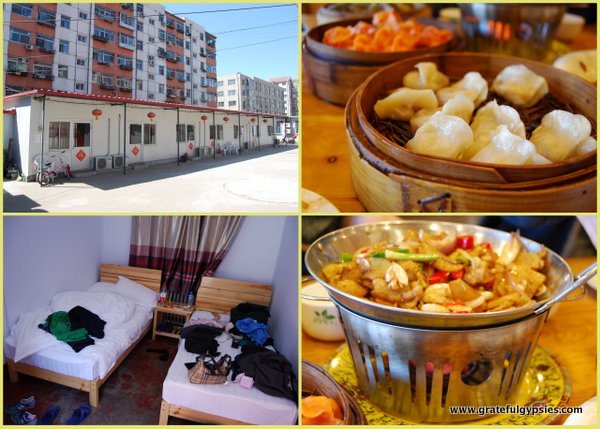 There’s a small airport in Chengde, but you’re much better off getting here by train. There are several trains running every day from Beijing, and the journey takes about four hours. A high-speed rail will come through town within a few years as well. There’s one hostel in town for budget travelers, and quite a few hotels of varying quality. 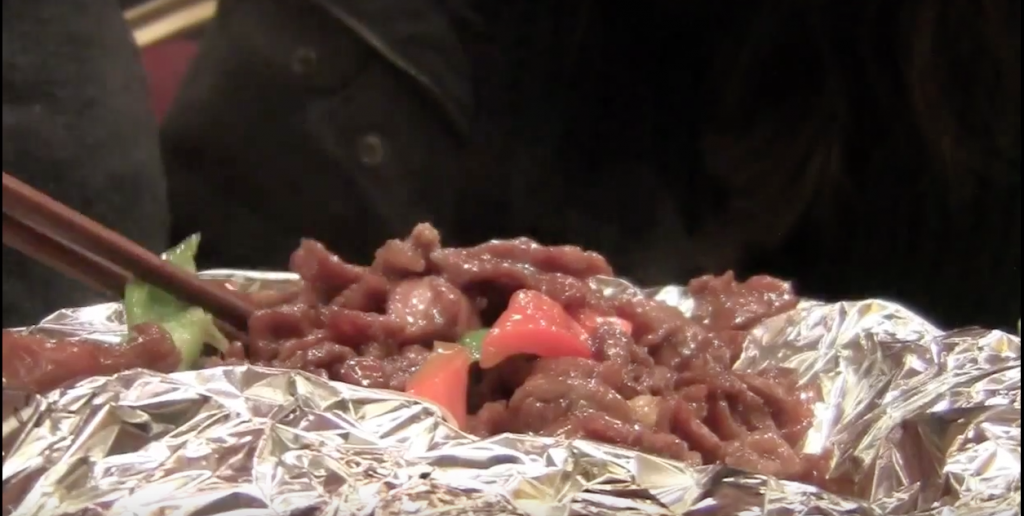 There are plenty of good Chinese restaurants to choose from here. Make sure you try the local specialty – venison (鹿肉 – lù ròu), as Chengde has always been a popular hunting destination.

If you’re sweating in Beijing this summer, why not do as the emperors of the Qing Dynasty did and head for the hills in Chengde? Even with just a weekend there, you can check out the Summer Mountain Resort and Little Potala. You may not get to spend the entire summer roaming the beautiful grounds, but at least you’ll be able to say you’ve seen it!