Those interested in diving into the long history and vibrant culture of China should definitely consider visiting all of the Four Great Ancient Capitals (四大古都 – sì dà gǔ dū). We’ve already explored Beijing, Luoyang, and Xi’an, so now we’re headed to the last ancient city on our list – Nanjing (南京 – nán jīng).

Just as the other ancient capitals, Nanjing has a prominent place in the history and culture of China. The city has been the capital of dynasties, kingdoms, and republics throughout its long history. Fun fact – the name literally translates as “Southern Capital.” It was first made capital during the state of Eastern Wu way back in the year 229, when it was called Jianye (建業 – jiàn yè). Many centuries later it was the capital of the Republic of China, until the Communists won the civil war and moved the capital to Beijing in 1949. While it’s no longer the center of the nation, it is the provincial capital of Jiangsu. The city has long been a center of education, culture, and politics. It has a wealth of historical and cultural sights, making it a very popular destination for domestic travelers. While it’s not high on the list of many international visitors, it’s easily included in an eastern China itinerary in addition to places like Shanghai and Hangzhou. Let’s see what you can do with a short trip to one of China’s great ancient cities. 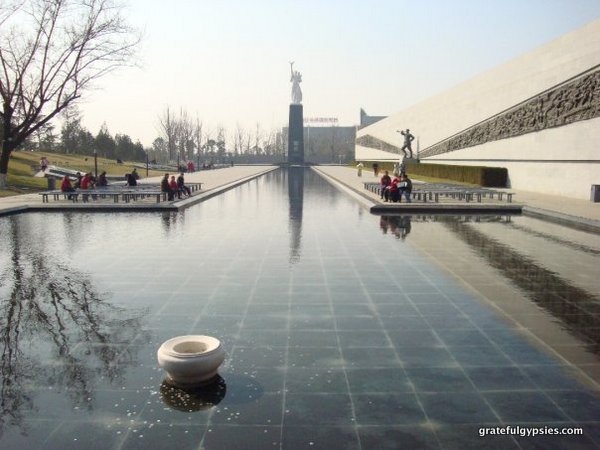 While the city has a long and storied history, it is also sadly the sight of one of the greatest atrocities ever committed. During the Sino-Japanese War, Nanjing came under control of the Japanese army. During their occupation of the city, the invading army committed arson, torture, rape, and mass executions. This came to be known as the Nanjing Massacre (南京大屠杀 – nán jīng dà tú shā), or the Rape of Nanjing. China estimates that 300,000 people were killed, mostly civilians and unarmed soldiers. Many in Japan have denied that this ever happened and the country has yet to officially take responsibility for it. If you’ve ever wondered why there’s so much anti-Japan sentiment in China, this is the reason.

The Memorial Hall was constructed in 1985 to honor the victims of the massacre. It’s quite large, covering an area of 28,000 square meters. It’s divided into three sections: an outdoor exhibit, sheltered remains of victims, and an exhibition hall full of historical documents. The memorial is located near a sight where thousands of bodies were buried, known as the “pit of ten thousand corpses” (万人坑 – wàn rén kēng). A visit here is a somber reminder of the horrors of war, and a lesson to future generations. 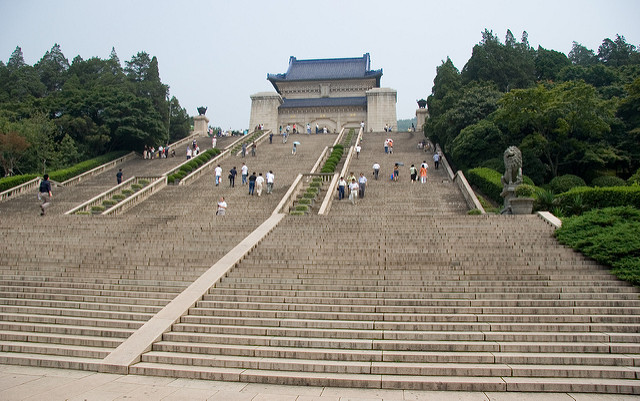 Image by Kimon Berlin from flickr.com.

Located in the eastern part of the city, Purple Mountain (紫金山 – zǐ jīn shān) is a scenic area full of historical and cultural sights. You could easily spend an entire day exploring the area. Some sights are free to enter, while others require a ticket. You can buy a combo pass for 100 RMB that grants you access to all of them if you’re so inclined. Highlights include Dr. Sun Yat-sen’s Mausoleum (中山陵 – zhōng shān líng) and the Ming Xiaoling Mausoleum (明孝陵 – míng xiào líng). The former is the burial sight of the “Father of the Republic of China,” while the latter is the final resting place of Zhu Yuanzhang, first emperor of the Ming Dynasty. 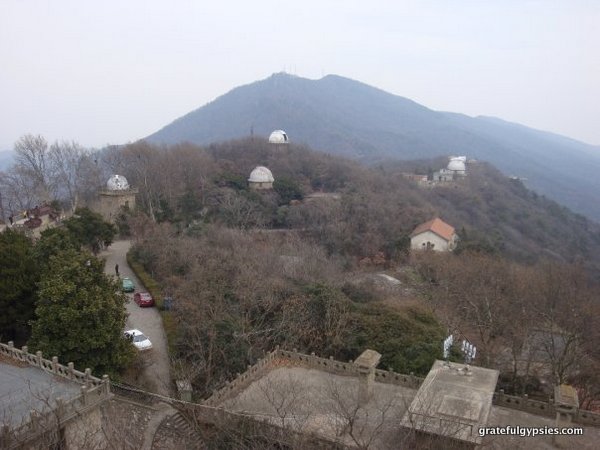 View from the observatory.

If tombs aren’t your thing, you can just explore the parks and gardens to enjoy a little green oasis in the concrete jungle. You’ll also find the Linggu Temple (灵谷寺 – líng gǔ sì) here, an ancient Buddhist temple. The area is also home to one of the oldest and most famous observatories in China. Inside is the Nanjing Astronomy and History Museum, which you can visit for 15 RMB. As we visited during Spring Festival, everything in the scenic area was closed. At least we got to enjoy the views from the observatory. That is, what we were able to see through the smog-choked skies.

The Gate of China 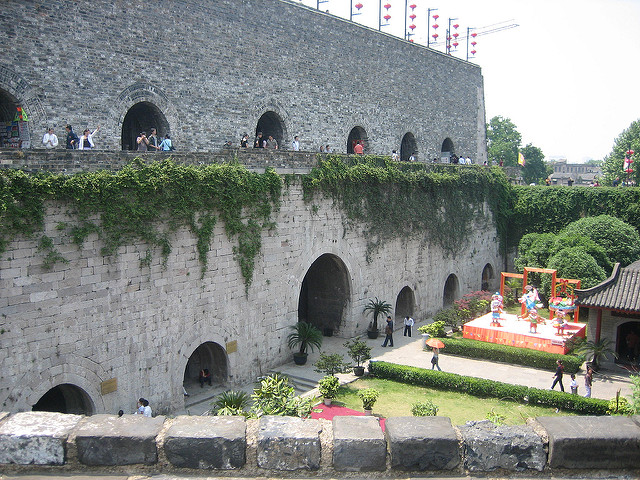 The aforementioned Ming Dynasty emperor took the advice of his advisors and built a Nanjing city wall (南京城墙 – nán jīng chéng qiáng) to keep out invaders and defend from attackers. The massive project took 21 years and over 200,000 workers, and it was one of the largest walls ever constructed in China. The southern gate of the wall has been renamed the Gate of China (中华门 – zhōng huá mén) and it’s open to visitors (for a small fee of 50 RMB, of course). Check it out if you want to see one of the best preserved examples of Ming-era defensive architecture. 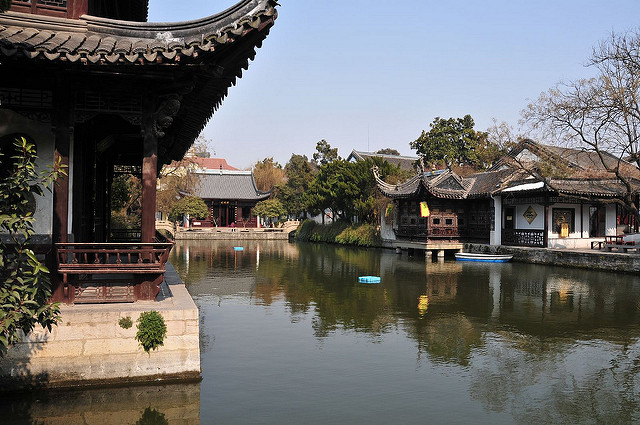 Image by drnan tu from flickr.com.

History buffs may want to visit the Presidential Palace (总统府 – zǒng tǒng fǔ). Once a royal residence during the Ming Dynasty, it later fell under control of the Taiping Rebellion led by the self-proclaimed “Heavenly King.” When Qing forces re-took Nanjing, the building was razed and rebuilt in a new style. After the Xinhai Revolution, Sun Yat-sen was sworn in here as the president of the Republic of China. Chiang Kai-shek and his Kuomintang forces would later occupy the headquarters, until they were driven to Taiwan in 1949. Today the China Modern History Museum is located here, which you can visit for 40 RMB.

There’s lots more to see and do in Nanjing, so you could easily spend 3-4 days there and still not see it all. It’s not as famous as Beijing or as cosmopolitan as Shanghai, but it’s an important piece of Chinese culture and history and well worth a visit. Just don’t go during Spring Festival like I did – everything will be closed and you’ll have a rather boring trip!