Asking about Age in Chinese Posted by Ayana on Mar 22, 2021 in Grammar 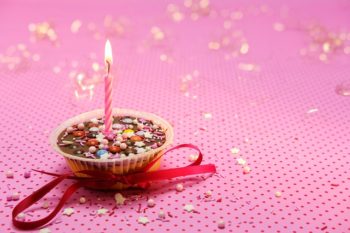 Photo by Bru-nO from Pixabay, CCO

When you wonder about someone’s age (年龄 nián líng), and you don’t want to guess (猜猜 cāi cāi) or make an assessment (判断 pàn duàn), here are all the Chinese ways to ask for someone’s age.

The character 多 (duō) has many usages. It serves as adjective, verb, and numeral; and means a lot, more, too many. 多 is also an adverb used in questions to mean how. One of the first phrases tourists in China learn is the short useful interrogative phrase for shopping – 多少 (duō shǎo) meaning how much, how many. In a store, when pointing to an object asking 这个多少钱？ (zhè ge duō shǎo qián?) meaning how much this cost?

多 can be followed by other adjectives to form more questions. For example:

How far is it from here to your hometown?

How high is the Beipanjiang Bridge in Guizhou province?

How long can I stay in China after obtaining the visa?

For asking someone’s age we use the same pattern, but with the adjective 大 (dà), which means big, old. 你多大了？ (nǐ duō dà le?) means how old are you? The time phrase 今年 (jīn nián), meaning this year can be added before the question word: 你今年多大了？

Xiaohu, how old are you?

How old is your brother?

I am five years older than him.

In Chinese culture, respect towards parents and elders is considered a key value. Politeness is shown even when asking a senior’s age. When addressing people over 50 with the question above it should be formulated slightly differently. First, the subject 你 (nǐ, you), is replaced by its respective form 您 (nín). Second, the question word is followed by the nouns 年纪 (nián jì), or 岁数 (suì shu), both mean age:

A more respectful term to ask about age doesn’t include any question word. 贵 (guì) is an adjective meaning noble, valuable. 贵 is probably familiar for many Chinese learners from the  formal question: 您贵姓？ (nín guì xìng?), used when asking someone for their surname. The same pattern can be used for asking about age when you wish to be super polite. Replacing the Chinese noun for a surname in the Chinese noun 庚 (gēng) that means age, for asking elders for their age: 您贵庚？(nín guì gēng?).

Another question word to use when asking someone’s age is 几 (jǐ). One of the definitions of the character 几 is several, a few, referring to an uncertain number that is more than one, and probably less than ten. Another definition of the character几 is how much, how many, and it’s used in quantity questions regarding small numbers. Asking about age with this question word is adequate only when addressing young children, roughly under 10 years old. For example:

Kid, how are you?

There are two more indirectly ways to ask about age in Chinese, both refer to the year of birth. The first way is to simply ask about one’s year of birth:

The second way involves the Chinese zodiac (生肖, sheng xiào). The Chinese zodiac is a repeating cycle of 12 years, with each year being represented by an animal and its reputed attributes. The zodiac sign indicates the birth year, hence finding out someone’s zodiac sign can help you calculate that person’s age. 你属什么？ (nǐ shǔ shén me?) meaning what is your Chinese zodiac animal?