Life is full of difficult choices. Tea or coffee, chicken or fish, but most of all, baozi (包子 – bāo zi) or jiaozi (饺子 – jiǎo zi). Both are cheap, delicious little bundles of joy, so you really can’t go wrong either way. Let’s take a closer look at these two famous Chinese dishes and try to find a winner in the battle of baozi vs. jiaozi. 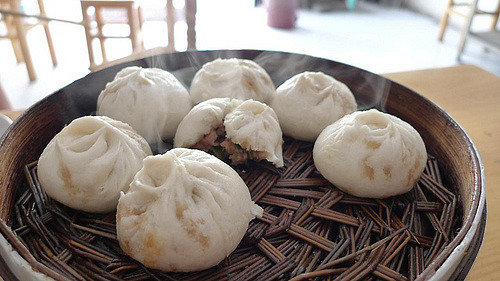 Image by Drew Bates from flickr.com.

Translated to English, baozi can be called “steamed stuffed buns.” That’s a mouthful, though – why waste the energy saying such a long name? That’s at least three baozi you could eat! They’re very popular as a breakfast item, and are readily available in restaurants and from street vendors starting early in the morning. They’re thick and fluffy, stuffed with delicious fillings that range from pork to egg and leek. Some baozi are tiny, while others are huge – I’ve seen some the size of a fist. No matter the size, they’re always super affordable, costing just a few kuai each. They’re easily eaten on the go, but are best savored with a bit of soy sauce and/or chili. Baozi are almost always steamed – it’s right there in the English name. Now let’s check out the competition. 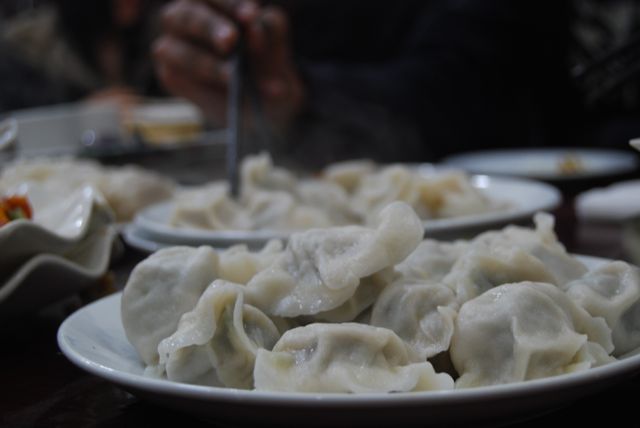 A tasty plate of dumplings.

Go ahead and call these by their English name, because you definitely know it. Dumplings are quite possibly the quintessential Chinese dish. They’re found not only all over China but the entire world. They’re also one of the most important dishes eaten during the Spring Festival, China’s most important holiday. As opposed to baozi, jiaozi are much more like pasta than bread. They’re much thinner, meaning you can eat substantially more before feeling too full. The common fillings are the same, but you’re more likely to find unique combinations – lamb and carrot, egg and tomato – in jiaozi than baozi. They’re also cooked in several ways – steamed, boiled, or fried. They’re delicious on their own, but some soy sauce, vinegar, chili and garlic will kick it up a notch. It’s a tough call, so let’s review the pros and cons of each. 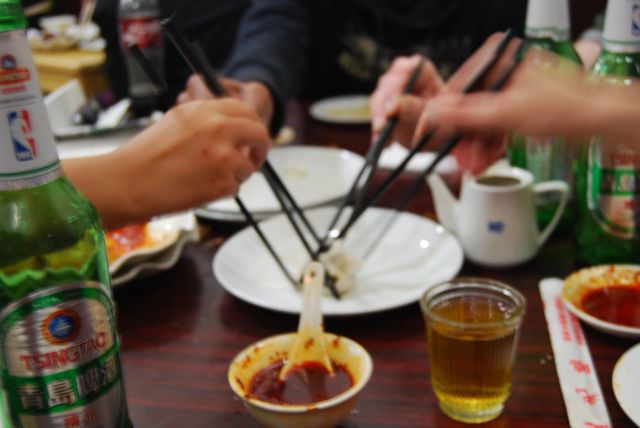 I’d be lying if I said I wasn’t biased here. I’ve already expressed my undying love and devotion to jiaozi many times. That being said, baozi definitely have their time and place. Most notably, sprinting from the subway station to work in the morning when you’ve skipped breakfast. Baozi are great as a snack on the go, whereas jiaozi are better enjoyed in a restaurant or at home. At the end of the day, they’re both awesome. Go ahead and have a few baozi with a soybean milk for breakfast, mix it up with some noodles or Kung Pao chicken for lunch, then dig into a plate of jiaozi for dinner. That way, you get the best of both worlds! If you’re up for the challenge, we’ve even got a great recipe for dumplings so you can try to make them yourself.

What do you think? If you had to pick one, what would it be – baozi or jiaozi? Leave a comment and let us know!