China’s Popular Epidemic Song Posted by Ayana on May 4, 2020 in News 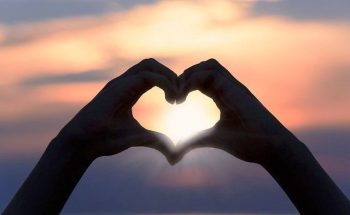 The song which had been written for another occasion and became one of the most popular during the pandemic.

Li Kaichou (李凯稠 Lǐ kǎichóu) is a successful Chinese musician (音乐人 yīn yuè rén). Working behind the scenes, he has composed and produced many popular songs (红歌 hóng gē) over the years. Last year he composed a new song, this time for his daughter, Li Xinrong (李昕融 Lǐ Xīnróng). Although she is only 10 years old, Li Xinrong already has a distinguished musical career. With both parents as professional musicians, she has been learning piano since early childhood and has shown extraordinary musical talent (天赋 tiān fù).

On June 2019, a couple of days before Father’s Day (父亲节 fù qīn jié) celebration, the single 《听我说谢谢你》 was released. Composed by Li Kaichou, and performed by Li Xinrong, the song Listen To Me Thanking You received positive reviews. The sentimental melody (旋律 xuán lǜ), Li’s sweet voice, and the touching lyrics (歌词 gē cí), made the song a special tribute to fathers-daughters, and really to any other relationship.

Six months later the coronavirus broke out in Wuhan, capital of Hubei province, and swept the world. The epicenter city was overwhelmed with hundreds of new cases each day. Over 42,000 medical workers from across the country were dispatched to aid Hubei. They were praised as 最美的逆行者 (zuì měi nì xíng zhě, heroes in harm’s way), for traveling to the frontline to fight the epidemic in a race against time, giving all they can to cure Wuhan.

China was in awe, hailing the medical staff, who left their families behind, put themselves at risk and worked hard for China’s health. The humble lyrics of the song which had been written for another occasion expressed Chinese gratitude (感恩 gǎn ēn), and the song became one of the most popular during the pandemic.

I’m sending you a little heart

I’m giving you a flower

You have touched me to the core

You are my angel

Pointed me the way

Although years will change

I’ll sing my love to you

Listen to me thanking you

Because you warmed up the four seasons

Thanks to you the world is prettier

I want to thank you

Because of you love is always in my heart

Thank you for spreading happiness

The song and its dance (舞蹈 wǔ dǎo) became a popular gesture to the people fighting the epidemic. A little girl was caught on camera performing the dance to a bus full of medical staff, leaving Hubei after things got better in the province:

Medical workers from Shaanxi province returning home in April, were welcomed on their plane by flight attendants performing the finger dance (手指舞 shǒu zhǐ wǔ) of the song:

A daughter greeted her father, when returning home after being away for fifty days fighting the epidemic, with the song and the dance: