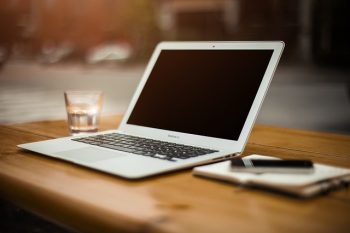 The Chinese government tries to control the internet, but Chinese users gain access to the blocked websites. They use circumvention tools, such as a special software called VPN (virtual private networks), to visit the websites. Most of them do so for fun, but some dissidents use the social media platform to disseminate their ideas. Lately, the Chinese authorities have been extending their control over Chinese netizens and censoring their publications, even those published in blocked media. They were targeting Chinese Twitter users.

Guangzhou activist Wang Aizhong’s Twitter, for example, was attacked. He described himself as social activist in his profile, and his tweets (推文tuī wén) discuss human rights. In December he was surprised to find his feed empty and his contacts lost. He tweeted his story:

“Around one o’clock the night before, my phone received Twitter verification code. Later, on Twitter, I found all my tweets were deleted. More than a thousand people I was following were removed.”

He concluded by blaming the Chinese authorities (当局 dāng jú) for invading (入侵rù qīn) his Twitter.

Wang Aizhong’s Twitter wasn’t the first to be targeted. Wu Gan, a 37-year-old businessman from Fujian, became a productive activist in 2009. He wrote guide handbooks for his fellow activists, encouraged netizens to take action, and assisted many human rights cases across China. He was detained in 2015 and sentenced to eight years in prison for subversion of state power( 煽动颠覆国家政权shān dòng diān fù guó jiā zhèng quán).

Wu Gan had not tweeted since 2015, until November, when an auto-generated tweet by his name says: “I just activated @Tweet_Delete on my account to automatically delete my old tweets (is.gd/delete)!”. Chinese Twitter users (推特用户tuī tè yòng hù), like this one, believe the government is responsible: “the account activated a third party tool called @tweet_delete which is banned by @Twitter. You may wonder who did this? ”

Another Twitter user by the name Rain, vanished late November. Her Twitter friend was worried. She tweeted:

Rain tweeted again in December and told her followers she was detained for ten days. She was beaten and interrogated by the police. Her crime (罪行zuì xíng), she wrote, was publishing her opinions regarding the state system and leaders online:

More and more incidents of deleted tweets and detained Twitter users have piled up in recent months. It seems the government is trying to remove present and past criticism from the network (网络 wǎng luò). Chinese human rights activists believe it’s not a coincidence. They believe it’s a well-planned national crackdown (镇压zhèn yā) on Twitter users.